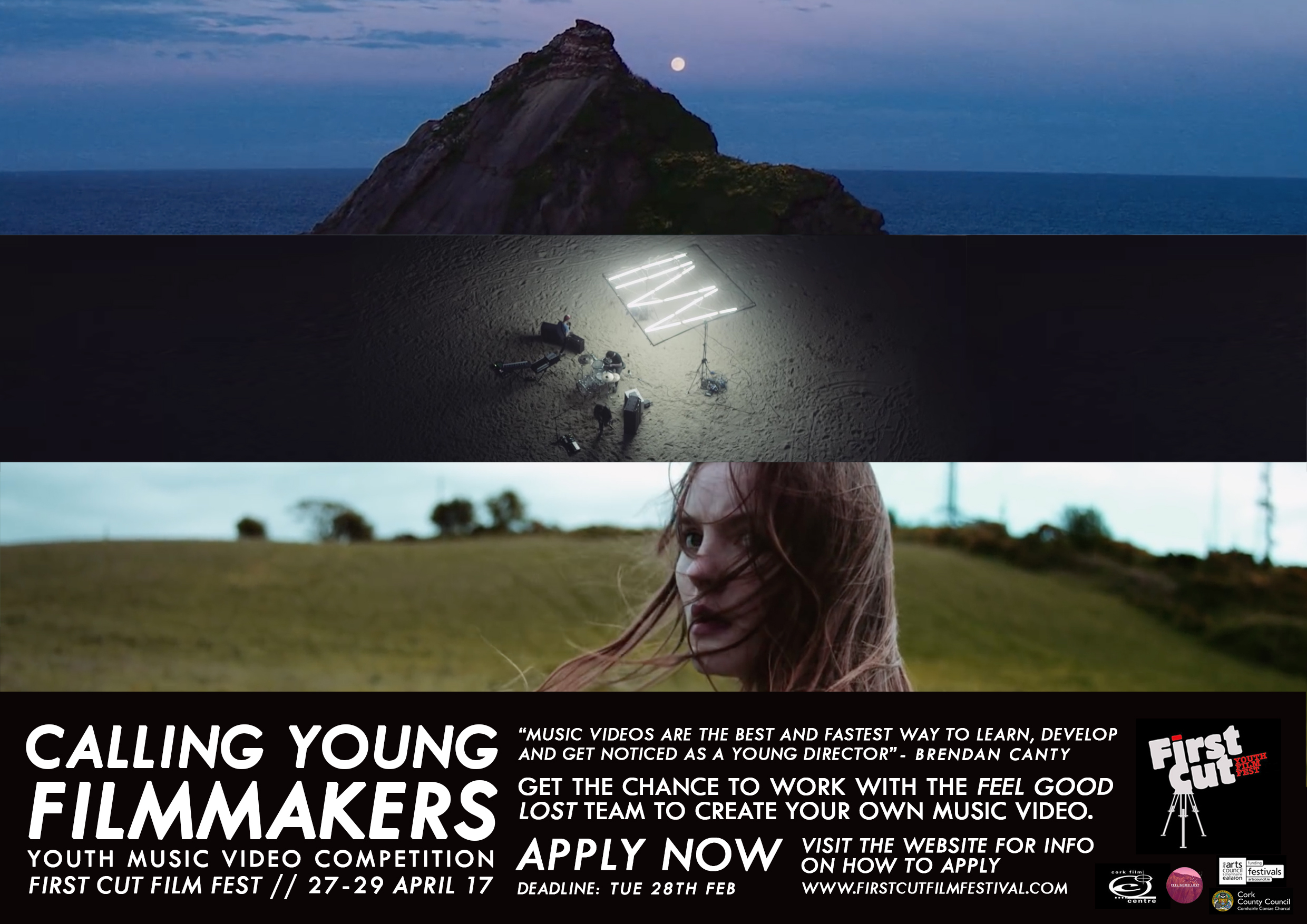 The competition is back this year and is currently taking submissions until February 28th.

5 budding directors will be chosen and then invited to Cork to a workshop at the end of March.

Canty will then find five tracks from new Irish artists, that don’t have a video currently, selected for each director. Through this process, directors will make a video based on a real-world brief, their strengths and where they want to improve. Canty will help them through the process and work through the ideas.

The directors then have a month to make their videos before showing them at the festival from April 27th – 29th. An award for the best video is given out.

Last year, 3 of the five entries went on to be picked a the real videos for The Academi, Kobina and Meltybrains?.

Last years festival was a brilliant success. Out of the 5 videos 3 of them became official…including videos for The Academic, Meltybrains? and Kobina.