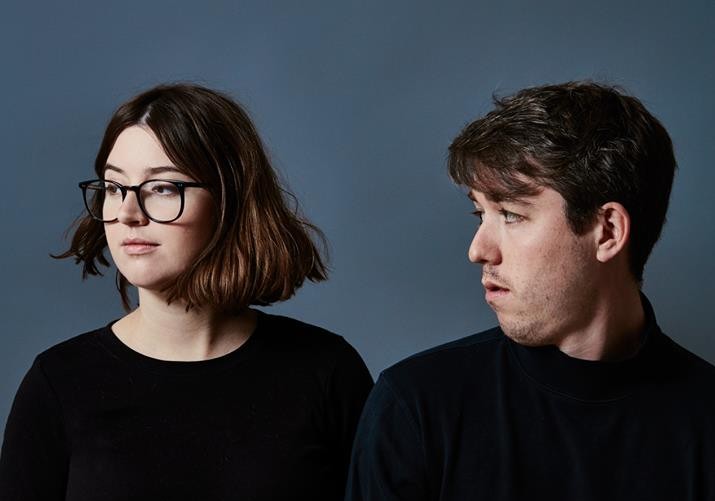 Los Angeles’ Kisses have been knocking around on the periphery of the music blogosphere for a number of years now. I featured a song of the same name as the band from them back in 2010, a tropical indie pop number.

Last week, Jesse Kivel and Zinzi Edmundson, who are a musical married couple with a newborn baby, released their third and best album Rest In Paradise, heavily inspired by disco and the famous artists who themselves took inspiration from the genre (if this Influences playlist featuring Rod Stewart, Wings, Blondie and Talking Heads is an indication).

That light funk, disco pop sound is something that Kisses were never too far away from but on Rest In Paradise they embraced it as much as possible and attempted to create a live disco-style album with help from Andrew Raposo and members of the nu-disco band Midnight Magic.

The result is an album of pleasing disco-lite music characterised by the single ‘A Groove’, the electronic Holy Ghost-style ‘Control’, the downtempo ‘The Nile’ (Robin Hannibal and Rhye are an influence too) and the drifting ‘Sun’.

Jesse Kivel’s vocals may lack a dynamic range that disco usually affords (it also reminds me of Roosevelt) and Zinzi provides a vocal for the second last track ‘Eternal’ but the overall effort outweighs the specifics.

Though the songs lack bite, they make up for it in mood and production. The recording of the drums in particular has that kind of airless full-bodied thump that DFA Records mastered and that works so well to make music danceable. Around it, there’s lots of discofunk bassline, expressive guitars, brass notes, twinkling synths and a ’70s throwback feel.