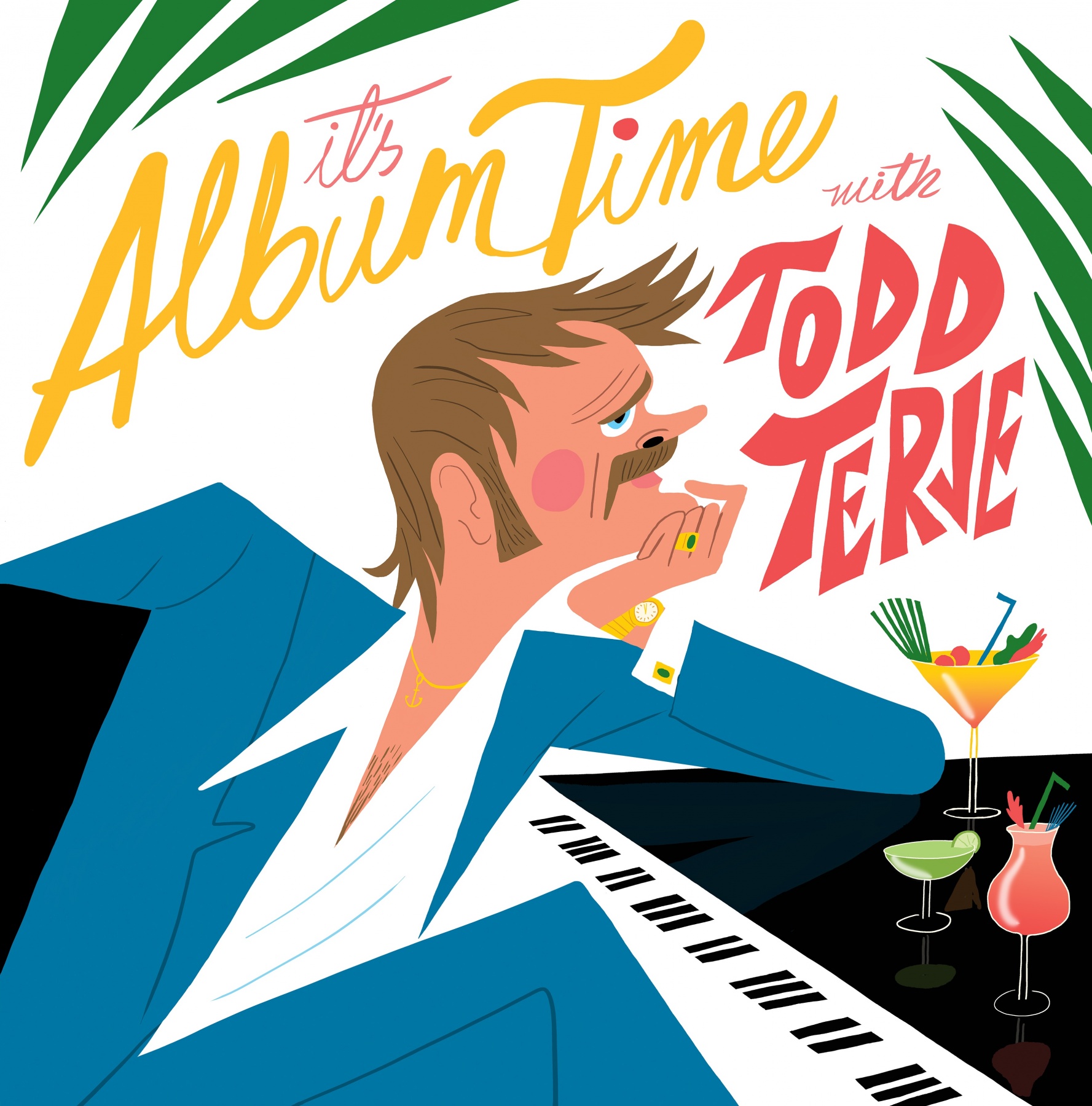 You could argue that we don’t even need a Todd Terje album. The Norwegian cosmic disco don has proved his worth over the last ten years with a series of killer dance singles. ‘Eurodans’, ‘Inspector Norse’, ‘Strandbar’, ‘Spiral’, ‘Lanzarote’ and ‘Ragysh’ are some of the tracks he’s released that are almost guaranteed to help fill a dancefloor. He’s also a prolific edit maker and remixer – there exists a torrent of 96 different edits of tracks of Paul Simon, Thin Lizzy, Chic, Belle Epoque and Alicia Keys amongst others. Terje’s well-crafted output lives in front of spotlights, speakers and sozzled feet.

If you take a combination of those edits, those singles and the eclectic Essential mix from last year, you’ll arrive at the sound of It’s Album Time, Terje’s debut long player.

The Essential Mix featured some deeply uncool, or at least, culturally out-of-step music and there’s plenty of that here. The album begins with a trio of lounge disco instrumentals which feature bright as a button synthesizers, bouncy prog rhythms, dramatic ’70s strings, harpsichord and jazz melodies.

Where Daft Punk’s Random Access Memories deliberately recreated a prog disco lounge, Terje’s version is less self-conscious in its appearance, that he throws his music headlong into some some calypso rhythms on track four ‘Svensk Sas’ should be really quite laughable but his decision to use those kitsch Latin tropes for some weird treated scat vocals and as a segway into a truncated ‘Strandbar’ works because of its sheer sonic enthusiasm. Terje has studied the past but is also recreating its giddy adventure as well as its sounds.

The actual prog orchestral track, which appears later in the form of ‘Alfonso Muskedunder’, is less warranted – a valid exercise in recreation it no doubt was, but less fun to listen back to, it is. There are plenty of first-hand examples of that style if you want to dig it out and Terje’s version doesn’t reignite to the conversation or update it. Still, those wayward sounds show us what Terje is capable of – he’s very much a musician as well as a fine producer.

If we’re looking for something new to show is what Terje is capable of, then ‘Johnny And Mary’ , his collaboration with Bryan Ferry is it. Robert Palmer’s 1980 original was a synth-rock single. Terje and Ferry’s ballad is more languid, and more devastating in emotion. Ferry does his dishevelled craggy man thing and Terje matches him with some sweeping Twin Peaks/Angelo Badalamenti orchestration. ‘Take My Breathe Away’ style.

Along with the glorious ‘Delorean Dynamite’, ‘Johnny And Mary’ forms the centre of an album which features previously-released songs on the tracklist, ‘Strandbar’ and the mighty ‘Inspector Norse’ despite its prescience, still sounds as glorious as ever. ‘Swing Star (Parts 1 and 2)’ from the Arps EP could have been jettisoned in favour of newer tracks as everything else isn’t dulled by its familiarity.

‘Delorean Dynamite’ is a rush. A bombastic hurtling journey than a synth highway in retro-futuristic vehicle. The giddiness inherent in its arpeggiated synth line is not to be underestimated. It’s ably matched by ‘Oh Joy’, a seven-minute gallop towards the victory lap of ‘Inspector Norse. ‘Oh Joy’ features a three minute intro build before the beat drops into euphoric Moroder swing.

Terje’s willingness to not just put out an album of bangers is admirable. In general, the mesh of synth-disco, prog, jazz and lounge works because he ties it all together with an infectious and skilled sonic enthusiasm that papers over any cracks.

Album of the week: Ratking – So It Goes