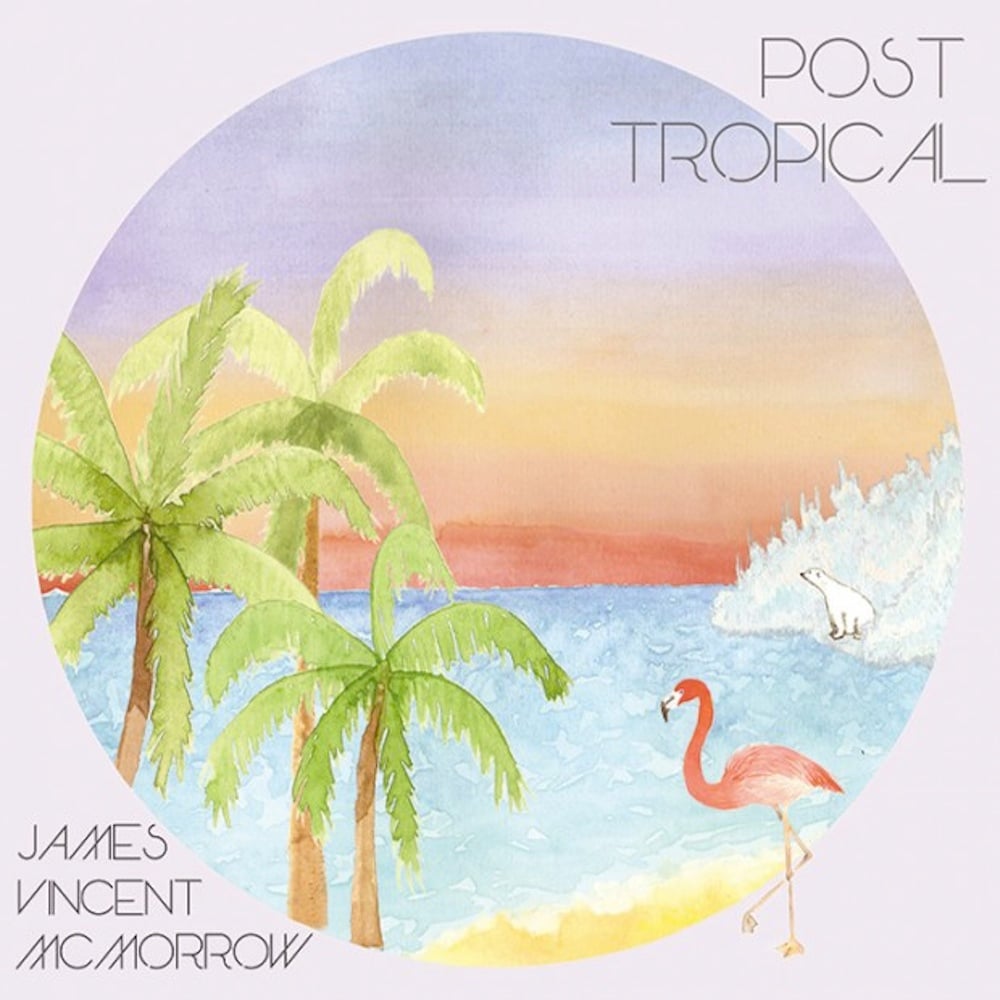 If you’re looking for the most stark difference between James Vincent McMorrow’s Early In The Morning phase and his current second album Post Tropical, look no further than ‘Red Dust’, the third track on the album. The song was originally released in 2011 on a 7″ in a different version which has an epic reaching quality through huge reverbed piano, taut guitar lines and big gentle cymbal crashes. By the time, it builds into its crescendo lead by James’ emotional falsetto, all the instruments quicken in pace and build up towards a grandstanding finish.

By contrast, ‘Red Dust’, as heard on Post Tropical, is delicate and shaded. Much less obvious in its race to the big finish, it employs electronic drum hits, beat pulses, sparse piano and a bed of vocal “oohs” and “aaahs” to make its first point. Its second half is less obvious in a race to the finish, it relies on McMorrow’s voice and the sweet “sometimes my hand they don’t feel like my own / I need someone to love / I need to hold” line to provide the emotion against a warm synth piano line.

McMorrow revels in defying those tags here. Recorded largely by himself, possibly all of the instruments and all of the layered harmonies which are also his, in a studio on a pecan farm in Texas on the Mexico border, Post Tropical is all about keeping away from the obvious.

It can be heard throughout the album, particularly in the arrangements which largely ditches the guitar altogether in favour of textural compositions with synths, piano, drums, harmonies and bass. The spatial freeness lends the album a pristine feel.

‘All Points’ might start with a muted guitar riff but it’s joined by rapid percussion, reverbed harmonies and threadbare piano under McMorrow’s vocals. Dynamics are added by the percussive drum hits hitting louder at key moments with horns and cymbals adding urgency but never rising to a big moment. Instead, the song falls away, content and brittle.

While James has often spoken of his love of R&B, soul, rap and electronica, it’s nice to hear that he has soaked up those influences into the album, but they don’t manifest themselves too plainly. Lead track ‘Cavalier’ is perhaps the most perceptible song as influenced by James Blake but elsewhere, there are elements of R&B vocals and electronic flourishes but none of it that can evidently be attributed to anyone in particular. I do keep thinking of Bon Iver’s self-titled second album as a reference point but more in terms of album mood: meditative, delicate, unfamiliar and rewarding on multiple listens – particular on headphones.

There are many moments where those risky musical arrangements pay off. The weight behind the “time isn’t the only cavernous” chorus line in ‘Gold’ is binded by an elegant synth-esque horn line that sounds like an emotional resolution. ‘Look Out’ contains some effective vintage soulful backing vocals which emphasises the main voice and there’s a beautiful subtle use of horns on ‘Glacier’ at 2 minutes 27 seconds as a brass bassline that sounds knowingly like something heard on a trap track unleashes itself.

The title track’s beautiful piano tinkle throughout lays a foundation for what might be the most realised track after ‘Cavalier’ with McMorrow taking advantage of considerable low-end which gives way to steel guitar, handclaps and album’s most affecting musical minute and a half.

Despite what, to many of us, may be familiarity with McMorrow’s voice, it really provides the binding resonance of the album. Even at times, when you don’t really know what he’s singing about exactly (which is often), his voice, whether in that high reaching register in that delicate falsetto, in layered harmony in the background (like the emphasising reiterating phrases on ‘Repeating’) or glowing in soul at the lower ones, is always in breathtaking focus.

It’s worth stating again, that the album is the work of one talented man’s intense schedule in isolation. It’s a towering achievement in that case but even without knowing that fact, Post Tropical stands up as a less-immediate release to its predecessor. It’s an emphatically unconventional yet rewarding album and a considerable achievement for its creator.

The album is out now. James has Irish dates coming up in Concert Halls.