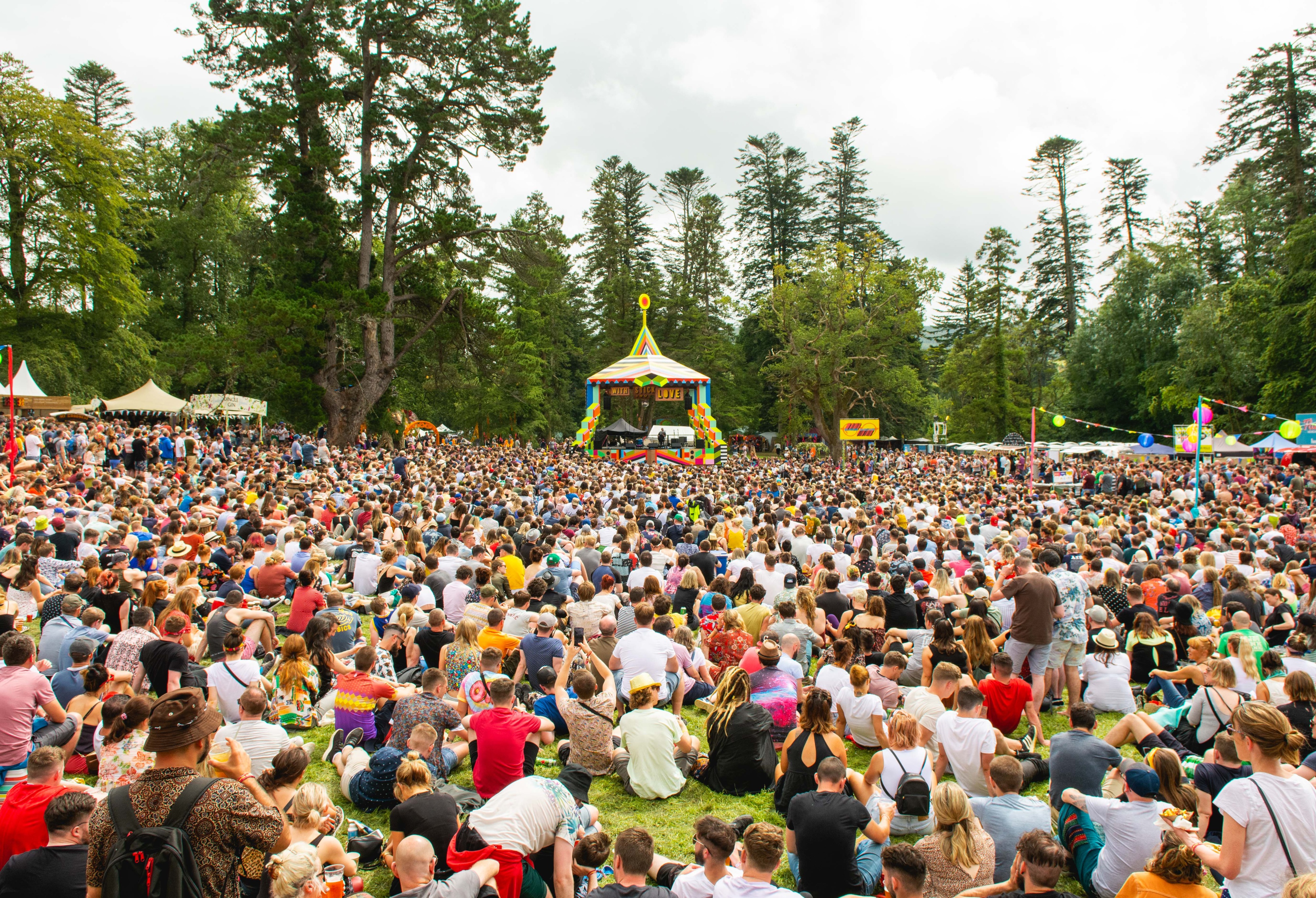 Bon Iver’s new album i,i to be played in Dublin & Cork in its entirety today for free

2019’s All Together Now had more than its fair share of highlights, talking points and scandal.

After debuting last year to rave reviews (including this publication), POD had a hit on their hands and one of Ireland’s hottest festival tickets. The passing of John Reynolds came a few months after its debut, after the man responsible for starting the Electric Picnic had found a new site in Curraghmore House (one he was trying to secure for a good while) and a fresh festival idea that succeeded in making its mark.

The hype in year one was justified, but a plan to grow a festival in year two from 15,000 to 22,500 was ambitious and isn’t an easy task to get right. Catering for tens of thousands of people in a field somewhere down the country is a logistical nightmare. Transport, water, food, power, infrastructure and musicians don’t grow on the proverbial tree and the team at POD had a lot to get right.

As we now know, it didn’t all go according to plan. The traffic was the weekend’s number one topic. Reports of people spending three or four hours in bottlenecks within kilometers of the festival site and then a few hours to leave on Monday were well-documented on social media and beyond. Curraghmore House is an estate surrounded by small stony roads and the Garda traffic management plan has only two official entrances/exits at the blue and red gates. Other roads into the site weren’t in operation to the public. The lack of festival stewards or guards on the roads around Portlaw and Curraghmore aggravated the situation. That is unacceptable. The festival’s first response on social media exasperated the masses in their cars and a later statement, properly acknowledged and apologised for the traffic on Monday afternoon.

Personally, I was stuck in the queue for three hours getting in and stuck in the car park for three hours getting out. This was obviously frustrating but endemic of a new festival going through teething problems. The routes will surely improve and I can’t help but feel that the “Never Again” and “Fyre Fest 2.0” crew are being more than a little harsh.

By contrast, the Electric Picnic (by god, there were a lot of comparisons made over the weekend) has 15 years of experience operating in Stradbally under its belt, growing from a one-dayer to the goliath it is today gradually. This is the second year ATN has been on, the first with an expanded capacity.

Overall, I had a joyous (yes) weekend. POD put on a weekend of carefully-curated music and art. The grounds are stunning. I woke up every morning in the Both Sides Now campsite and grinned at the rolling hillsides with their monolithic wind turbines spinning. There’s a peacefulness about Curraghmore – a sense of connectedness to the landscape.

POD’s massive Deer sculptures and colourful array of visual installations amplified this vibe. It’s a shame that much of the focus has been taken away from Curraghmore House itself (there were issues with environmental impact near the house last year that needed to be addressed), but it also allowed for a dedicated and in-depth kids area. ATN should be for everyone, not just twenty-somethings like me hungry for another dance stage.

A note on the campsite. Clearer signage is badly needed to direct people toward the Both Sides Now campsite. A big chunk of people had no idea it existed at all and some of the living conditions in the general campsite were rough enough as a result. A scatty tent city bursting at the seams, one habitat leaning on the next. This isn’t fun, more importantly, it’s not safe either. Clearer signage and staff directing campers on Friday could have easily avoided this.

More bins, hand washing stations and showers are needed, sanitation matters. It’s hard to swallow that ATN is a festival all about sustainability when there’s plastic waste spilling out into the surrounding green from grossly overfilled bins.

The Arcadia Afterburner is the best stage at a festival in Ireland – fact. There’s something special in the contrast between the dense green of Curraghmore and the gaudy industrial architecture of the stage. Its circular design makes the crowd feel spacious and inclusive.  Erol Alkan & Or:la played two highlight sets there, literally setting my Friday and Sunday nights alight respectively. Hearing Or:la finish off my festival with Lindstrøm’s ‘Closing Shot‘ was akin to a dream.

Kojaque and the Softboy band were a standout act in the Something Kind of Wonderful stage on Saturday. The very jazzy backing band, made up of members from jazz group Five To Two (who also played an excellent set at the Schweppes Bar) and more added so much flavour, energy and depth to the arrangements. Massive props for the cover of Kendrick Lamar’s ‘These Walls’.

While on the subject of Irish acts, Fontaines D.C. deserve praise for their Friday night main stage performance. The band have come a long way in a short time, well capable of conjuring the energy and intensity needed for a big stage gig.

Bedouine‘s Saturday afternoon slot was a quiet highlight, the Spacebomb Records folk artist is a superb vocalist and held her crowd well despite some noise bleed from a nearby stage.

Hot Chip & The National each proved successful headliners. Ireland’s ongoing love affair with Matt Berninger & co. was palpable, even if a well-intentioned flare did momentarily disrupt the band’s mojo. The massive singalong to ‘Vanderlyle Crybaby Geeks’ to close off the set was a moment of collective unison, I’m not sure Matt had to sing anything more than the opening line.

While Sunday provided its fair share of challenging weather, Black Midi, in turn, provided an oasis from the rain. The London-based experimental noise group created some massive walls of sound. Lead singer Georgie Greep is all coiled energy, sharply winding around the stage with snake-like posture. It’s sometimes a bit confusing, but fans of groups like Girl Band, Sonic Youth and Swans will find so much to love here.

Loyle Carner was high on the favourite list of many, myself included. The English MC oozed charisma and cool during his Saturday Something Kind Of Wonderful performance. His music offers a blend of lyricism, melody and wholesomeness that appeals to nearly everyone. Is he the most likeable man in hip-hop today?

The festival boasted a warming atmosphere throughout – smiles and friendly encounters were never lacking. The crowd were a massive asset and it seemed like everyone was genuinely there to have a good time, conscientious and gracious. I met a security guard who was more than a bit perplexed at how little trouble he’d had to deal with over the weekend.

This sense of community peaked in a massive singalong in the woods on Sunday night after the stages closed. What must have been close to 100 people belting out Irish classics like ‘Raglan Road’ and even ‘Fairytale Of New York’. It was a heartwarming moment, and a reminder that a festival like ATN would benefit by providing at least one stage or area that runs past 3/3:30am for those not yet ready for their sleeping bag.  We are all grown-ups, capable of having a few late nights.

Overall, All Together Now 2019 was a great weekend. POD have a lot of work to do to comfortably accommodate bigger crowds, more action is needed to really make ATN the festival of sustainability – but there was more than enough sights, sounds and warm people to make the August bank holiday in Curraghmore feel special, despite the issues.