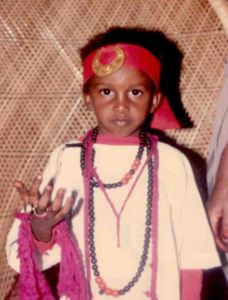 Drone rock really is the best way to describe this lovely mess of noise, this psychedelic trail of music called Sinkane which turns out to be the brainchild of Sudanese dude Ahmed Gallab, be the drummer from Yeasayer according to his blog.

If you’re into the most ambient live-sounding parts of Spacemen 3 and Spiritualized and dig a bit of experimental kraut-rock, you’ll fucking love this.

The self-titled Sinkane album is his third release after 2008’s Color Voice and he has drummed in the past for Of Montreal, Born Ruffians and Caribou.

You can buy the album from Emergency Umbrella or eMusic.