The best gigs & clubs in Dublin this Bank Holiday weekend

With their stellar reputation built upon throwing parties with the most exquisite attention to detail and aesthetic, POD’s announcement of All Together Now thrilled music lovers across the country. Now, at long last, the inaugural event at Curraghmore house is just around the corner. Situated on the idyllic (no really) lawns surrounding the 17th-century house, those lucky enough to attend ATN will be treated to a weekend of serenity far beyond what the other big weekenders have to offer. That’s before we even get to the lineup, which is packed with some of the most superb international musical talent available. Here’s our top 12 must-see acts. Stage times and site map are here. 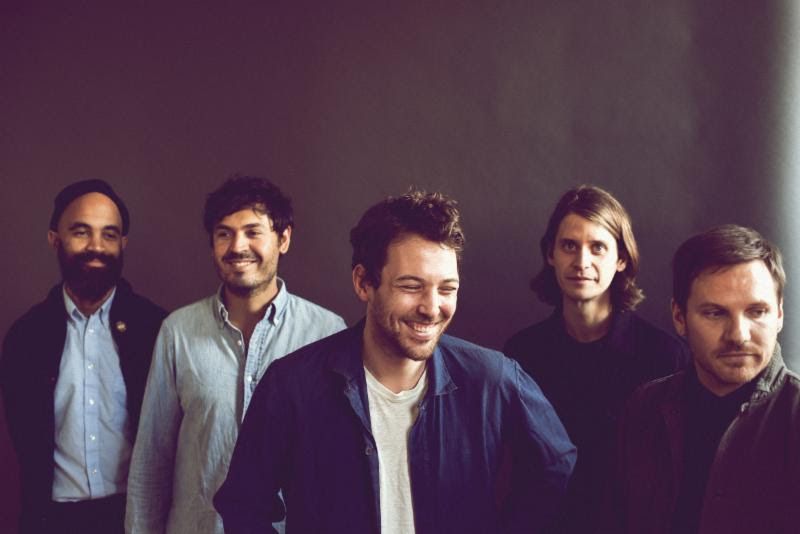 In with a shout of being the must-see act of festival season 2018 is Fleet Foxes. The group, formed in 2006 in Seattle, are the quintessential 21st-century folk group. Their 2008 self-titled album remains one of the most evocative and introspective entries into the genre. Tracks like the dreamy ‘White Winter Hymnal’ and the austere ‘Your Protector’ have inspired countless groups to produce rootsy folk music, with their influence being felt in pop groups like Mumford & Sons as far as the more experimental works of the Dessner Brothers.

The group’s latest album Crack Up came after a five-year hiatus, in which time lead singer and songwriter Robin Pecknold returned to Columbia University to study English. The album features the group’s most pointed lyrical content to date, with much of the grandiose sentiment of the earlier work being torn away in favour of unfiltered expression. Bury your head in ‘If You Need To, Keep Time On Me’ and see for yourself. With a big band set-up, including lots of percussion and, of course, vocal harmonies, be certain to catch Fleet Foxes on Sunday night. 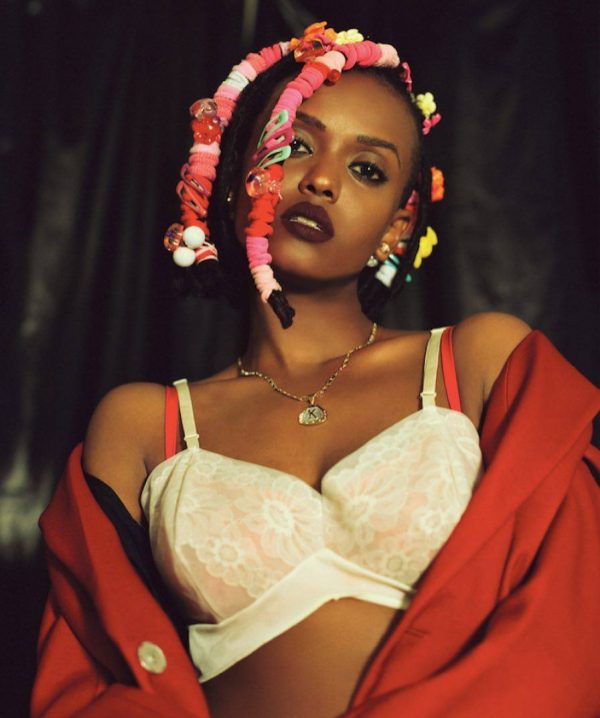 With a style of progressive R&B as at home in the club as in the bedroom, Kelela is one of the most unique artists on this year’s All Together Now lineup. How many other R&B artists could function so well on Warp records roster? Her 2017 album Take Me Apart showcases a superb aptitude for production and contemporary songwriting. Check out ‘LMK’ for the full picture.

Kelela’s progression as an artist has been slightly unusual. Beginning by studying jazz, an influence which shows itself in the atypical harmonies featured throughout her music, her listening habits turned electric thanks to the likes of  Little Dragon. The avant-garde R&B the artist has been producing is the product of these two worlds colliding. Bound to be one of the most interesting sets of the weekend, be sure to pop over to the Something Wonderful set on Friday to catch Kelela’s set. 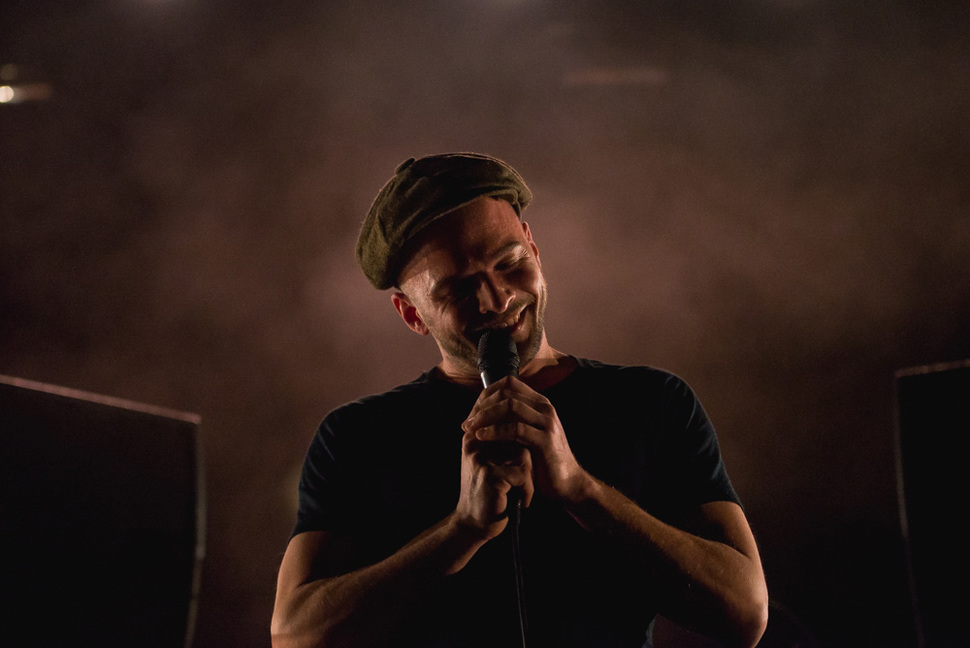 One of the premier forces in the contemporary classical movement, Nils Frahm’s blend of romantic and electronic sensibilities marks him out as one of the stand out acts on this year’s All Together Now lineup.  All Melody, the artist’s 2018 album, saw a noticeable change in sound and philosophy to its predecessors. Whereas previous releases placed an emphasis on what wasn’t heard as much as what was being played, this new release feels more assertive. The change is apparent from the first drop in ‘Sunson’, which will be surely included in his set (fingers crossed).

The live set-up is just as striking as the artist’s studio work. Tending to play solo, Frahm spends his time on stage running between two huge modular synth installations, creating a whirl of sonic wizardry to the accompanying visual presentation. 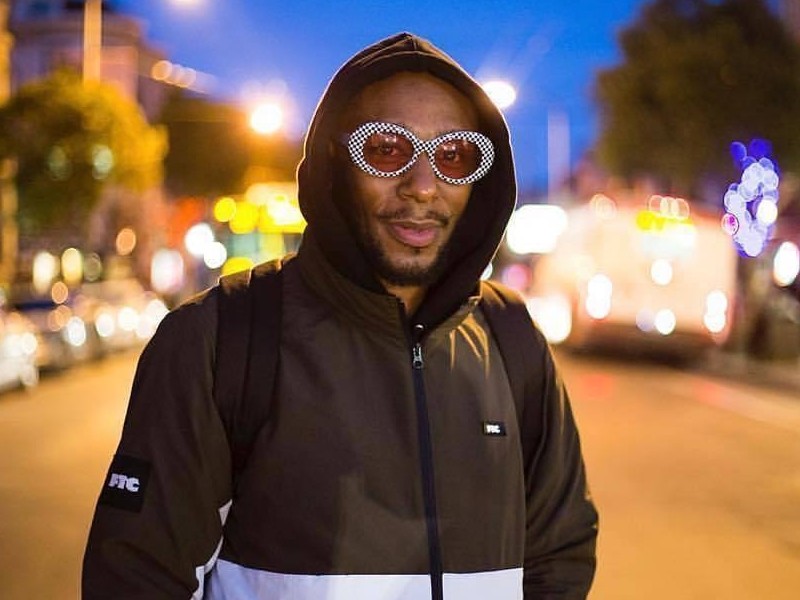 The artist formerly known as Mos Def is hip-hop royalty. He rose to prominence as one half of the legendary duo Blackstar alongside Talib Kweli.  Their sole studio album Mos Def & Talib Kweli Are Blackstar remains one of the pivotal moments in hip-hop history. At a time when most hip-hop superstars were caught up in ego appeasement and tales of excess, Bey & Kweli’s overtly political messaging was vital and vibrant. Bey’s subsequent solo releases, Black On Both Sides and The New Danger have found their place among the annals of the hip-hop canon.

After a hiatus from music and a name change, in which time Bey moved to South Africa, the artist has returned with a string of impressive features, most notably on the track ‘Kids See Ghosts’ from Kanye West and Kid Cudi’s project of the same name. Expect a smattering of material from across the artist’s illustrious career during his Saturday night set. We may even get a Blackstar nod as the pair are back doing reunion shows. 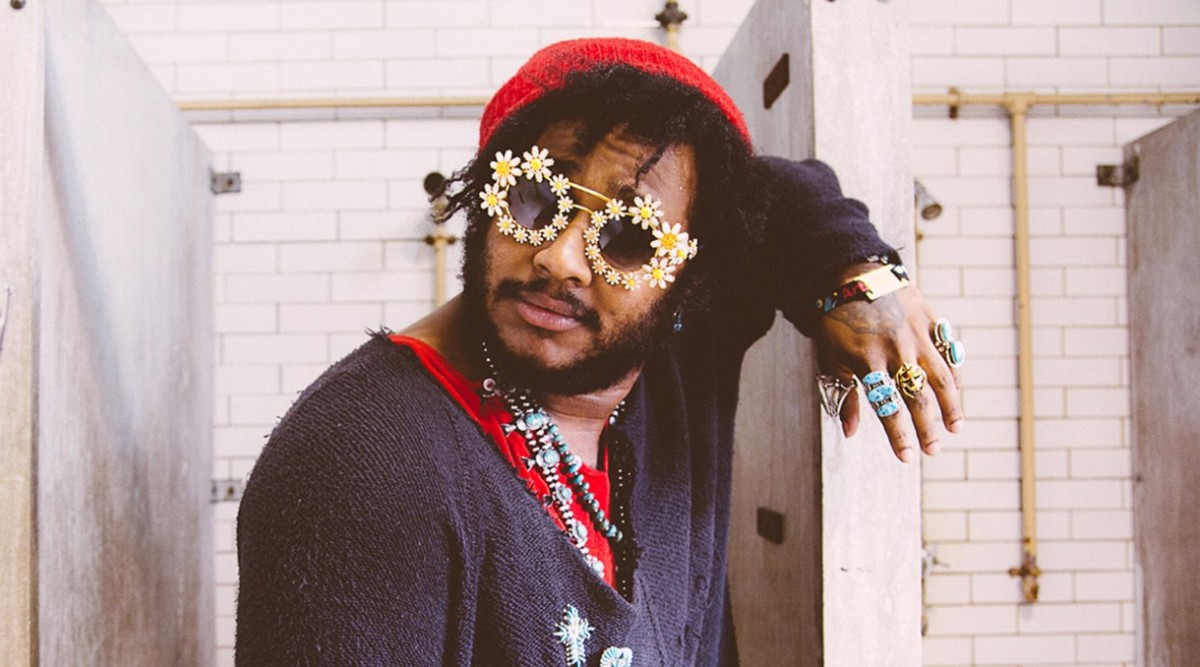 Stephen Bruner, better known as Thundercat, earned his name and reputation as a session bassist and songwriter for the best musicians in the world, including Kendrick Lamar, Childish Gambino, Flying Lotus and Erykah Badu. During this period, the artist established himself as one of the world’s most-sought after bass players, with his high-brow funk style sounding like the spiritual successor to players like Bootsy Collins.

His third solo album Drunk earned the artist a ton of prestige and acclaim. A subsequent world tour has cemented the artist into the favourite playlists of many music heads across the globe and onto this list for what’s bound to be a fantastic Sunday set. 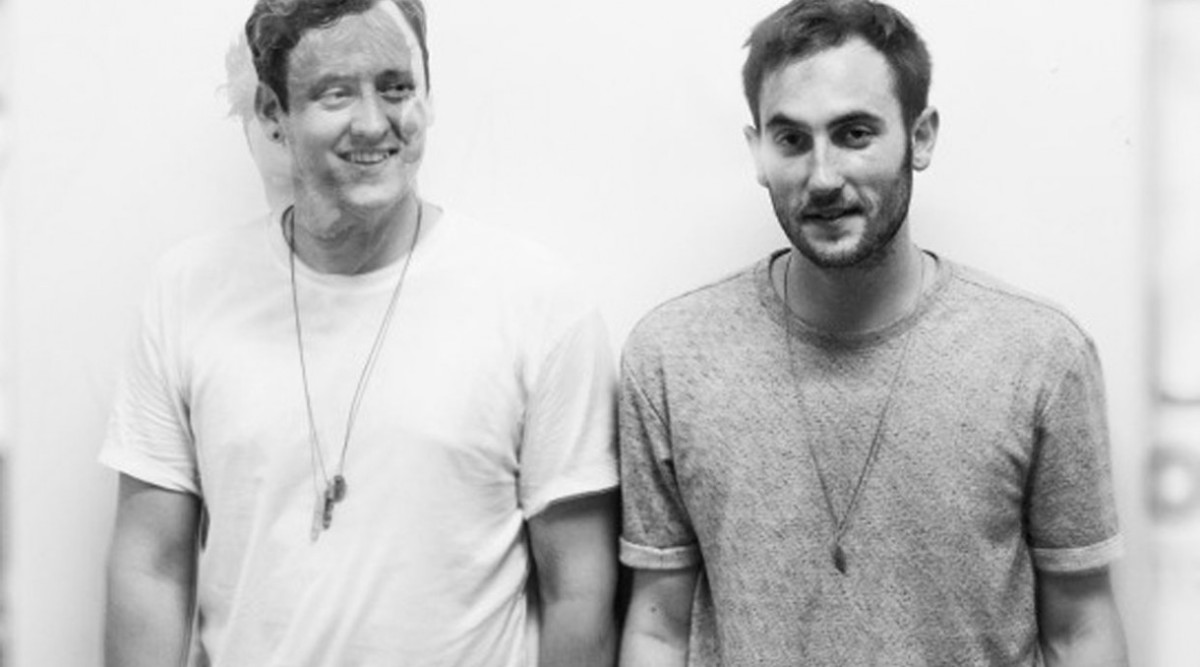 Formed in 2011 and hailing from London, Maribou State’s music blurs the line between electronic and organic. Take their most recent single ‘Feel Good’, featuring Icelandic instrumental powerhouses Khurangbin. The track feels like a blend of the psychedelic 60s and IDM. Two contrasting ideas that work exceptionally well together. This is the music of Maribou State in a nutshell.

The group’s debut album Portraits offers new listeners the best insight into the group’s philosophy. Featuring a ton of radio-friendly dance anthems on a tilt. Released in 2015, it remains the groups only full-length release to date. However, its follow up Kingdoms In Colour is due out this September and festival-goers can expect to hear plenty from it this weekend. Playing with a five-piece live band, make seeing Maribou State a priority this weekend. 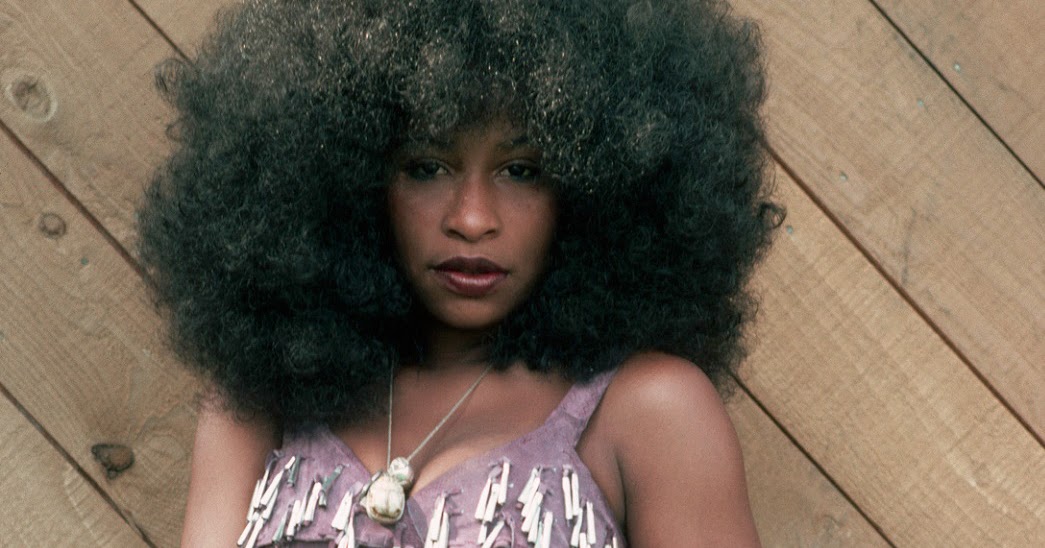 There doesn’t need to be much said here. Chaka Khan’s a disco diva and pop culture icon. If you haven’t’ heard ‘Ain’t Nobody’ or ‘I’m Every Woman’ at this stage you must be from Mars. Expect singalongs, glitter and about ten thousand people throwing their best shapes. Not only that, but Chaka has one of the best songs of 2018 with the Switch-produced ‘Like Sugar’. Apparently, there’s a whole album to follow. It’s the reunion you didn’t know you needed. 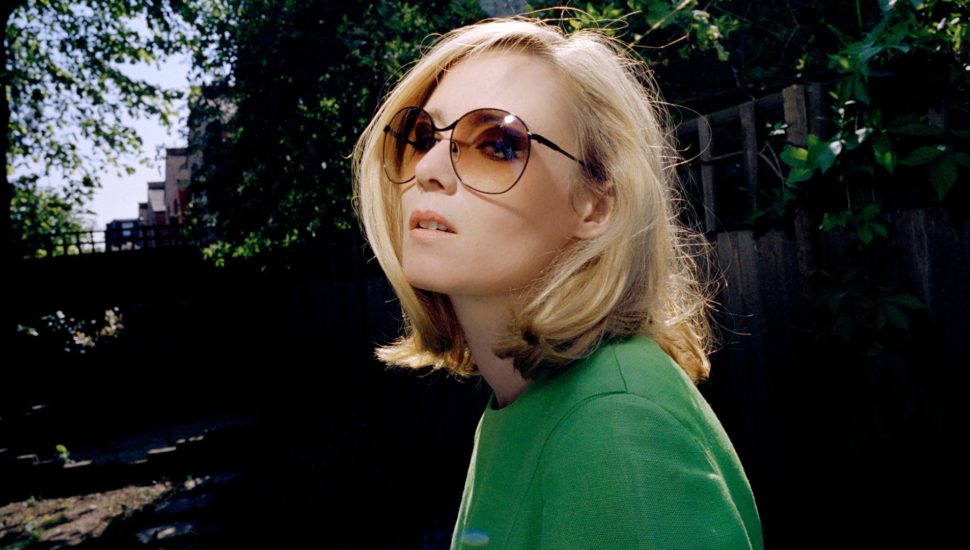 The first Irish entry on our list, former Moloko frontwomen Roisin Murphy’s recent releases have been of the highest quality. The surprise double single ‘Plaything’ & ‘Like’ are triumphant 80s bangers vis-à-vis Grace Jones meets Armand Van Helden.  Each of the artist’s four solo albums has found Murphy sounding more focused and championing a sound more nuanced and confident than the last. Newcomers should definitely check out the neon Take Her Up To Monto which is weird and brilliant.

Saturday nights at festivals are made for dancing, making Murphy’s set a must see for all of those with wandering feet. Expect a captivating stage show and a spadeful of 80s synth sounds. 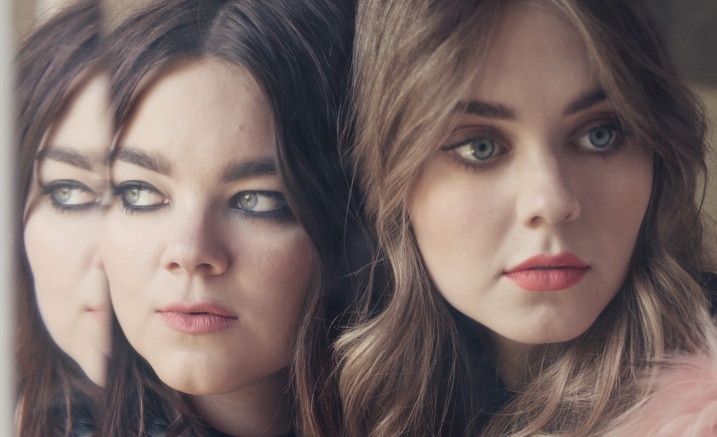 Sisters Klara and Johanna Söderberg have been steadily developing and honing one of the sweetest country-tinged sounds since their formation in 2007. Their latest album Ruins was released in January of this year. It featured the group’s most expressive and thoughtful songwriting to date. You’d be forgiven for mistaking the Swedish natives for Nashville crooners on a track like the gorgeous ‘Fireworks’, which is in with a shout for song of the year. For those yet unaware, expect the high swoon of dualling vocal lines over a slow-burning instrumental, music for the sunset.

The group will have plenty of material to choose from during their Curraghmore set, having released five albums in just 11 years, a prolific rate. Playing as part of the holy folk trinity on Sunday evening (Villagers, First Aid Kit & Fleet Foxes), First Aid Kit are an essential watch for all heading down to the Waterford this year.

Post-punk and the shadow of Berlin techno might be the oddest cocktail ever made, but Fufanu have built their entire fanbase upon it. Sports, released in 2017, is a superb album, if not a little unnerving at times. The trio borrow and blend elements of the two aforementioned genres, seemingly on a whim. Take album opener and title-track, whose washed-out vocals glide perfectly atop the driving drum pattern. If the noisy bass feels sinister, there is something uplifting in the energy which perforates throughout the track. A perfect balance. 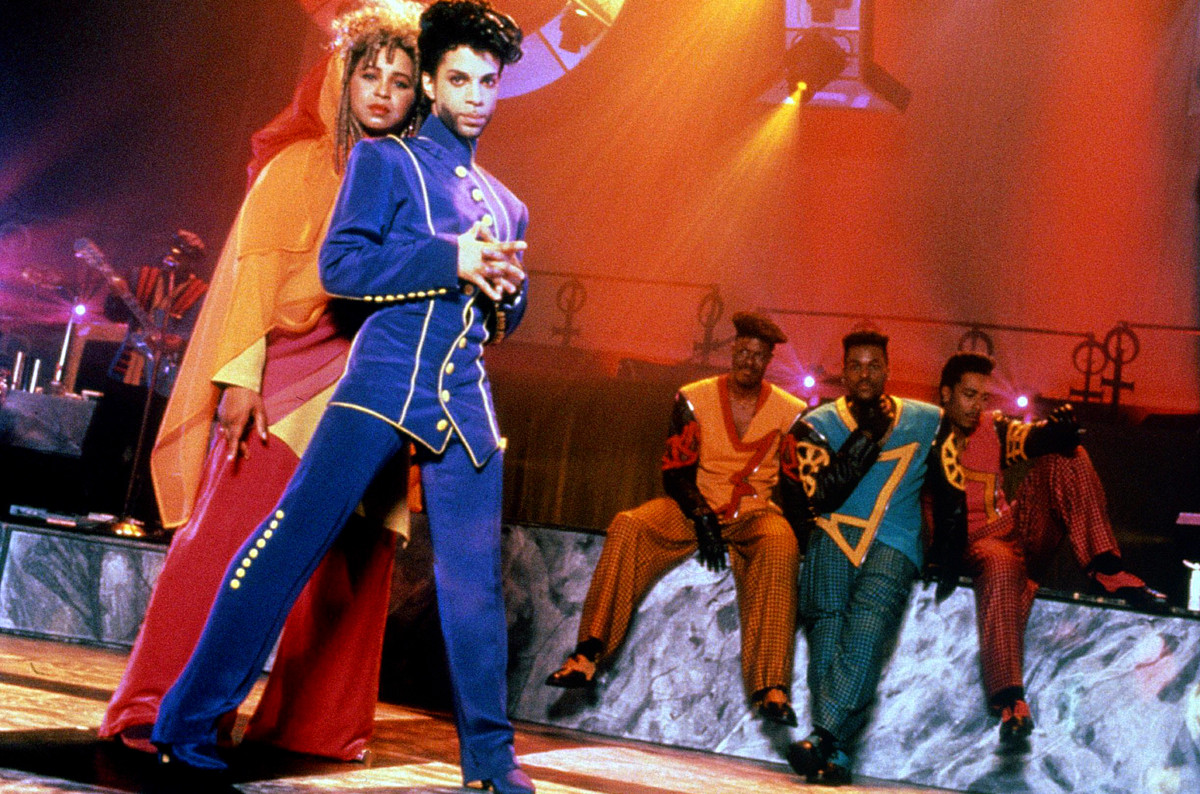 The backing band for the Purple one. The New Power Generation is a must-see for fans of all things Prince. Recent setlists have included classics such as ‘Sign O’ The Times’, ‘When Doves Cry’ and, of course, ‘Purple Rain’.  The closest we can get to Prince nowadays. Get your glitter on and head to the ATN stage to kick your Sunday night off in the right way. 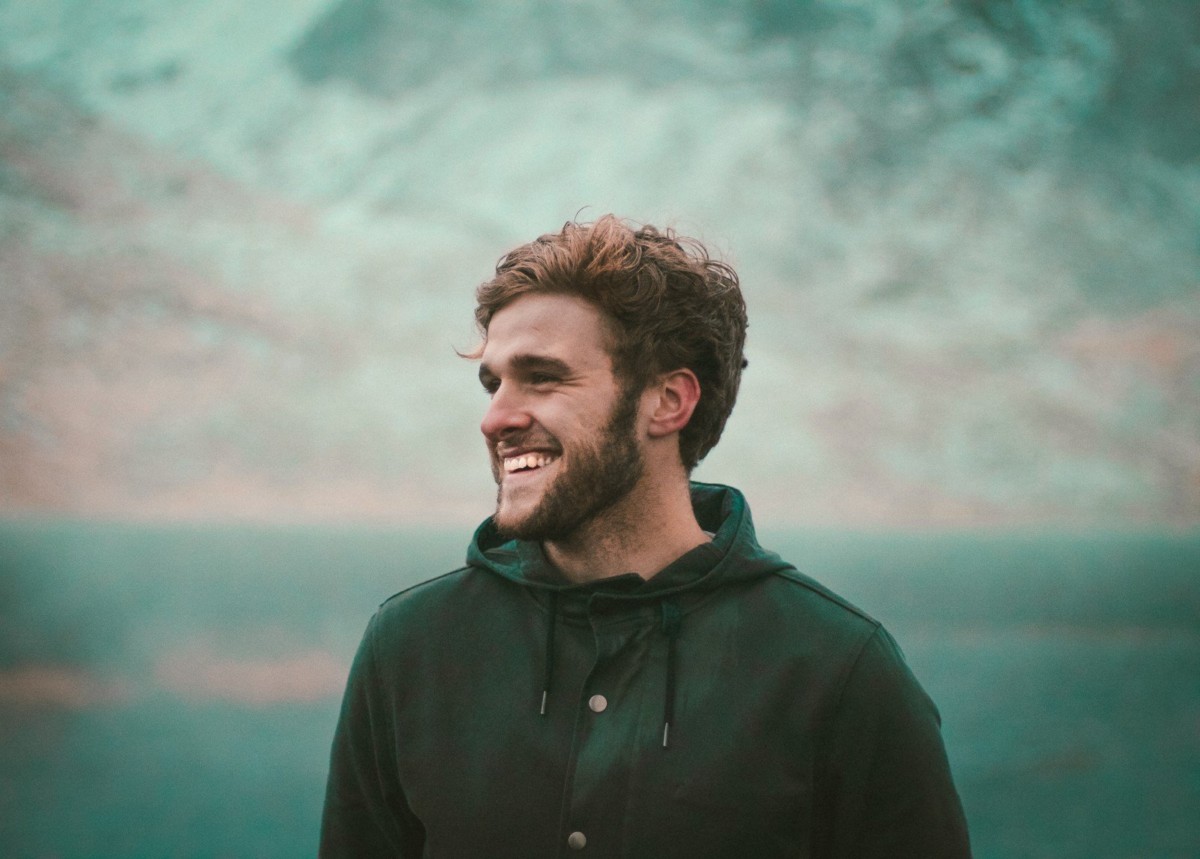 It’s no secret that we think Talos is one of the absolute best acts in the country. The songwriter and vocalist Eoin French’s aptitude for conjuring the ephemeral via synthscapes and the written word is unparalleled. His debut album Wild Alee was one of the best Irish releases of 2017, with tracks like ‘In Time’ and ‘This Is Us Colliding’ proving to be the perfect blend of melancholy indie and minimalist dance production.

The live shows prove to be fantastic too. Adopting a five-piece live setup, featuring wailing guitars and some excellent percussion, French’s intense stage presence is gravitational. Their new EP And Then There Was War has produced tracks with a more electronic flavour, including ‘Kansas’,  and everyone should be excited to see how they translate in a live setting.

David Kitt is right, Dublin city is untenable for many hard-working residents. What can we do about it?

Focal Festival returns this August with an eclectic event schedule