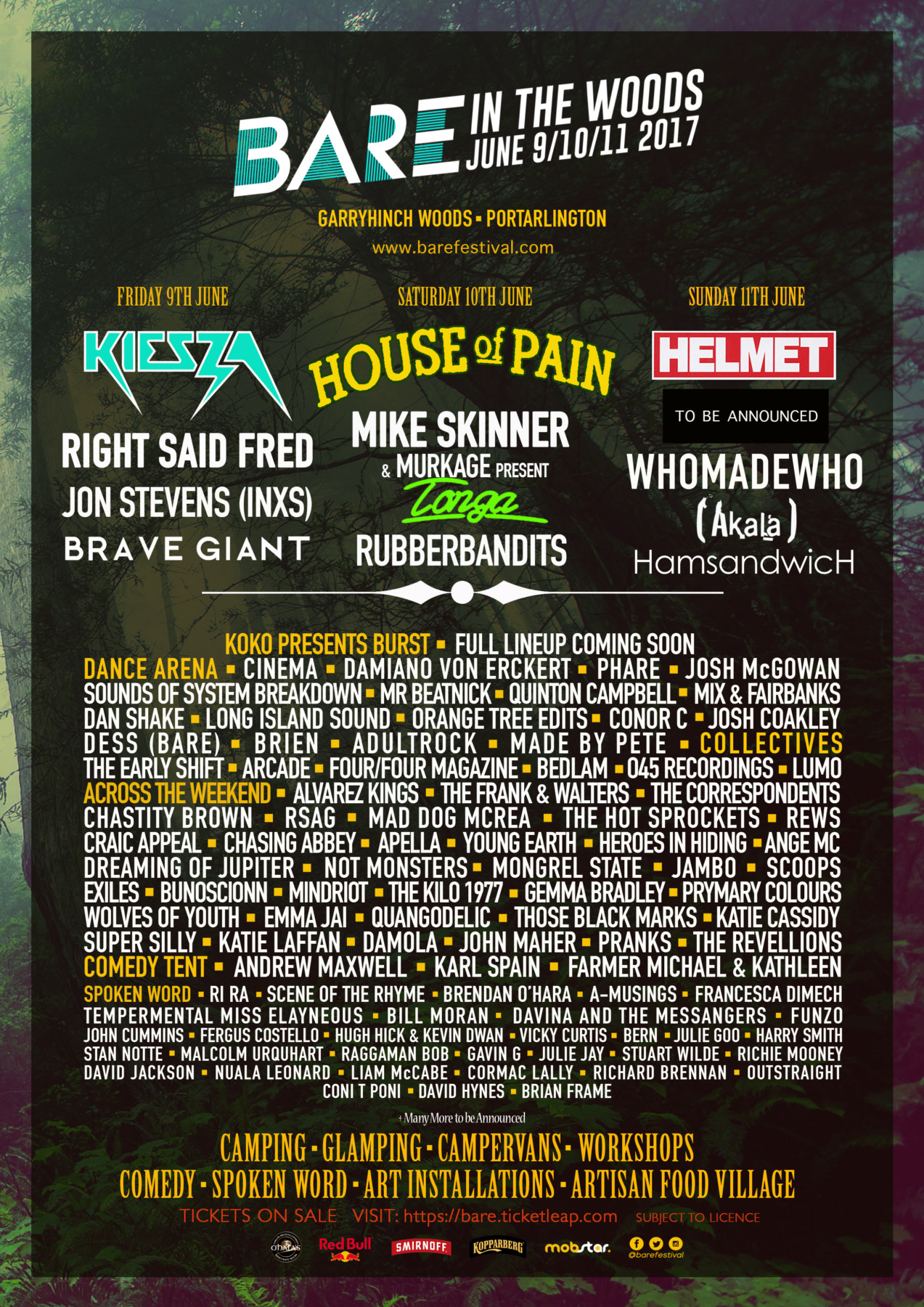 BARE in the Woods has gone from a one-day festival to a three day one and today, it’s revealed much of the lineup to come and it’s markedly different than the other Irish festival offerings for June 9th – 11th at Garryhinch Woods in Portarlington.

Areas include the KOKO Burst Stage and Dance Arena a party island on a lake, chill out spots hidden amongst the trees and a full sized Crannog hosting the spoken word stage, which includes John Cummins, Ri Ra, David Jackson, Cormac Lally, Stuart Wilde, Tempermental Missy Elayneous and more, while the Comedy Stage will be headlined by Andrew Maxwell and Karl Spain.

BARE in the Woods is located only 50 minutes from Dublin and is accessible via motorway networks to all major Irish cities in under two hours. The site is located close to Portarlington railway station and serviced by Dublin Coach, with a 24-hour service to Dublin, Limerick and Cork.