The most completely-realised album of Ye Season, on Kids See Ghosts Kanye shares the billing with Kid Cudi and the result is the most expansive and interesting album of the five album of the Wyoming run. At times psychedelic, at times experimental, Cudi and West explore the broken spirit and the need for hope. It’s easily the most complex of the five LPs and rewards repeat listening – human, confessional, questioning and surprisingly humble. 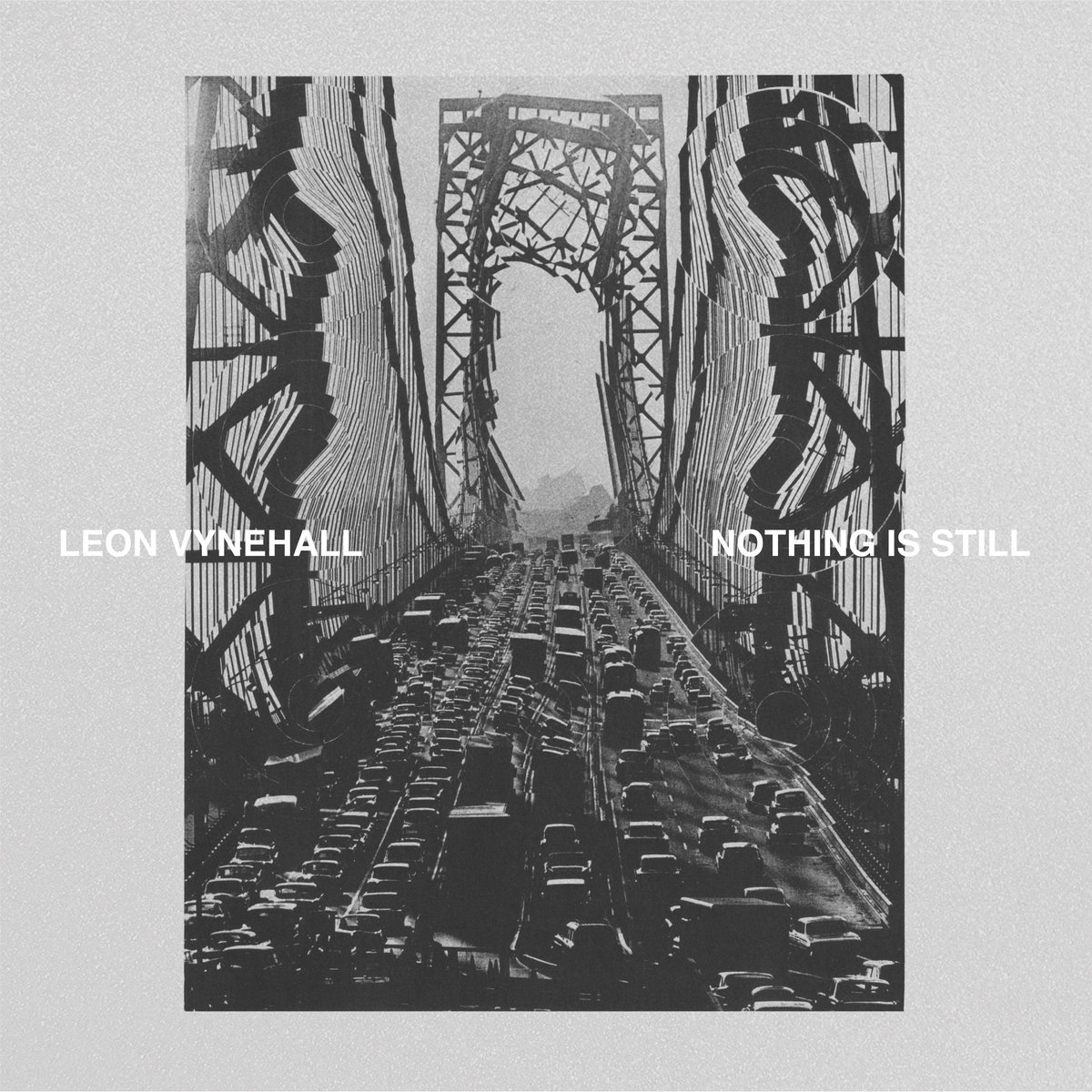 There are albums that creep up on you, take over quiet moments, don’t dominate conversations or writing, yet leave their mark. Nothing Is Still is one of those albums. Often the soundtrack to more reflective moments of my days, it slowly became one of those records I turned to for solace and calm. Vynehall’s grandfather died four years ago and in the aftermath, his grandmother shared the story of their emigration from the UK to New York in the ’60s. This inspired the album, which features a ten-piece string section, saxophone and flute over beds of synths and ambience that Vynehall makes work cohesively into an album that works as a elegaic tribute to his family, and one that works divorced from that context.

It can take time living in the world for an artist to truly represent themselves in their music. Caroline Rose is proof of that. In 2014, she was pegged as an Americana folk-rock youngling with a debut album I Will Not Be Afraid, that was in thrall to past predecessors. Four years later, Rose has lived. Feeling disconnected from her own music and the modern world, the New York musician decided to embrace it. At 25, she joined Tinder, rented her first apartment, socialised more, wore red all the time and got a girlfriend. They travelled, then broke up. Rose discussed “politics, capitalism and Rihanna” and put herself out in the world.

The self-described “queer feminist” has put her real experience into her invigorating 2018 album Loner. It’s bright and vibrant like the red clothes she now wears and she says, reflects her true personality and real life experiences from her circle of friends – an accidental pregnancy, financial stability and unfaithful lovers. “A sprightly, angsty pop burrito,” is how it was term. Loner is a dark-edged album of manic and millennial modern pop, drawing on indie-rock, surf music, synth hooks and bright production, which Rose herself, recognising the lack of gender diversity in the field, is keen to take credit for. “I wanted to make sure everything was as me as it could possibly be,” she affirms. Rose represents herself absolutely.

The sixth album from the Arctic Monkeys was met with equal doses of praise and condemnation. Was it because it feels like the Alex Turner show? Was it because it was a concept album about a hotel on the moon? Was it because it was miles away from the gritty youth of the band’s debut? Expectation is a curse. On its own terms though, Tranquility Base Hotel & Casino is certainly the group’s most ambitious studio release to date. Musically, the group shifted away from the guitar riffs of AM opting instead for a layered approach to the songwriting. The result is a much more nuanced sound, though perhaps not immediately gratifying as the album’s predecessors. Lyrically Tranquility Base, is Turner at his most acerbic and pretentious. Citing the influence of science fiction in the writing process, the lyrics on tracks like ‘Four Out Of Five’ and ‘Star Treatment’ are the perfect blend of cosmic surrealism and dry wit. It all combines into a retro-futurist setting dripping with lounge psychedelia that is richly-detailed as it is transportive.

The Art Of Pretending To Swim

Conor O’Brien’s fourth Villagers album further confirms the supreme talent of the man. Where his lyrical prowess and ear for a tune has always been present, The Art Of Pretending To Swim adds to the Dubliner’s credentials by being largely written, recorded and produced by him too. As such, it’s affirmation of the songwriter’s talent while providing evidence of a leap in sonic progress that builds on a foundation of acoustic folk. O’Brien has been an artist willing to share his innermost thoughts and, yet, The Art Of Pretending To Swim feels like a new chapter in the Villagers story. O’Brien isn’t afraid to tackle the existentialism that comes with modernity whether it’s writing insightfully about creative renewal, technology, historical figures or personal confessions. The results are so moving, and so relatable, is a testament to his artistic vision.

Waterford band O Emperor called it a day with their best and most unconventional album to date, drawing from recent years play jazz and psychedelic music. Whereas a large part of their previous output was firmly in a retro rock’n’roll sound, Jason is a wide-eyed curio that would find kin in modern jazz records from Badbadnotgood or Thundercat while soaking up live band prog-rock psychedelia and lounge music at the same time. There is humour, a streak of experimentalism and it is an album that feels unburdened by expectation. It’s a farewell from the band completely on their own terms and that may be its bittersweet superpower.

Devotion, is Tirzah’s first studio release with Domino Records following a three-year break from releasing music. Tirzah’s clearly put the time and vision fully into creating this idiosyncratic pop record. Devotion, despite its imperfections, is a moving body of work from an artist with grand ambitions. Take ‘Holding On’, one of the most easily identifiable pop tracks on the record. Its warped synth stabs and muffled lo-fi drum loops could belong in some of Aphex Twin’s ambient works. It’s pop, but without a sense of urgency. Devotion is a lucid and laidback discombobulating oddity.

Safe In The Hands Of Love

Yves Tumor is an artist who has spent the start of his career releasing experimental albums that hinted at brilliance, featured world-building sonics and a desire to produce wildly eclectic music that drew on ambient music, hip-hop, noise, industrial and electronic. For his first record on Warp, Safe In The Hands Of Love, Yves Tumor has taken his otherworldly music to new heights and embraced a humanity that previously felt out of reach. Safe In The Hands Of Love is still wildly varying in the genres it touches upon but it leaves an overall impression as an alternative melodic doom pop record.

It’s this experienced identity as a producer, as eclectic as it is, that is the glue to this vital record. Bowie’s sense of self that allows him to swerve between styles with ease. The surprise is where this record goes. In both tone and production, Safe In The Hands Of Love plays like an interstellar trip through black holes that lead you through a jukebox of sounds and sonics, underscored by the experimentalism of the Yves Tumor’s core omnivorousness. Safe In The Hands Of Love is the most thrilling avant pop record of the year.

Morgan MacIntyre and Gemma Doherty from Derry and Belfast met in 2014 at Trinity College in Dublin where they quickly became friends and hit upon a unique sound of harp, synths and harmony – a sound dubbed “atmosfolk” that they built on for their 2018 debut album. Indeed, among the group’s best assets is their ability to create an atmosphere in their instrumentals. Saint Sister captures ethereal beauty, chemistry and harmony – their sense of melodic shape and craft in wordplay have a transportive effect. As the album develops so too does the template, with a growth of arrangements into more daring sonic exploration. Saint Sister’s songs are subtle and effective – gentle and devastating – there is power when they sing “all my friends are in Berlin now,” on ‘Twin Peaks’ but it is but one moment of many that demonstrate the alchemy of their musicmaking.

Scottish alt-rap trio are adept at creating thrilling music and their third studio Cocoa Sugar channels their frenetic energy into big-hearted music that is wholly their own. There is a softness and directness on Cocoa Sugar that wasn’t present on their first two records. It’s a refreshing thing to experience – the band’s grandiose music has taken on soulful connotations. Young Fathers music has a purgative effect – the 12 songs often feel like sonic cathartis, whether it’s bringing in choir exaltations, pounding dreams, singing in unison with bellowing emotion or with a primal need that matched 2018’s howling void.