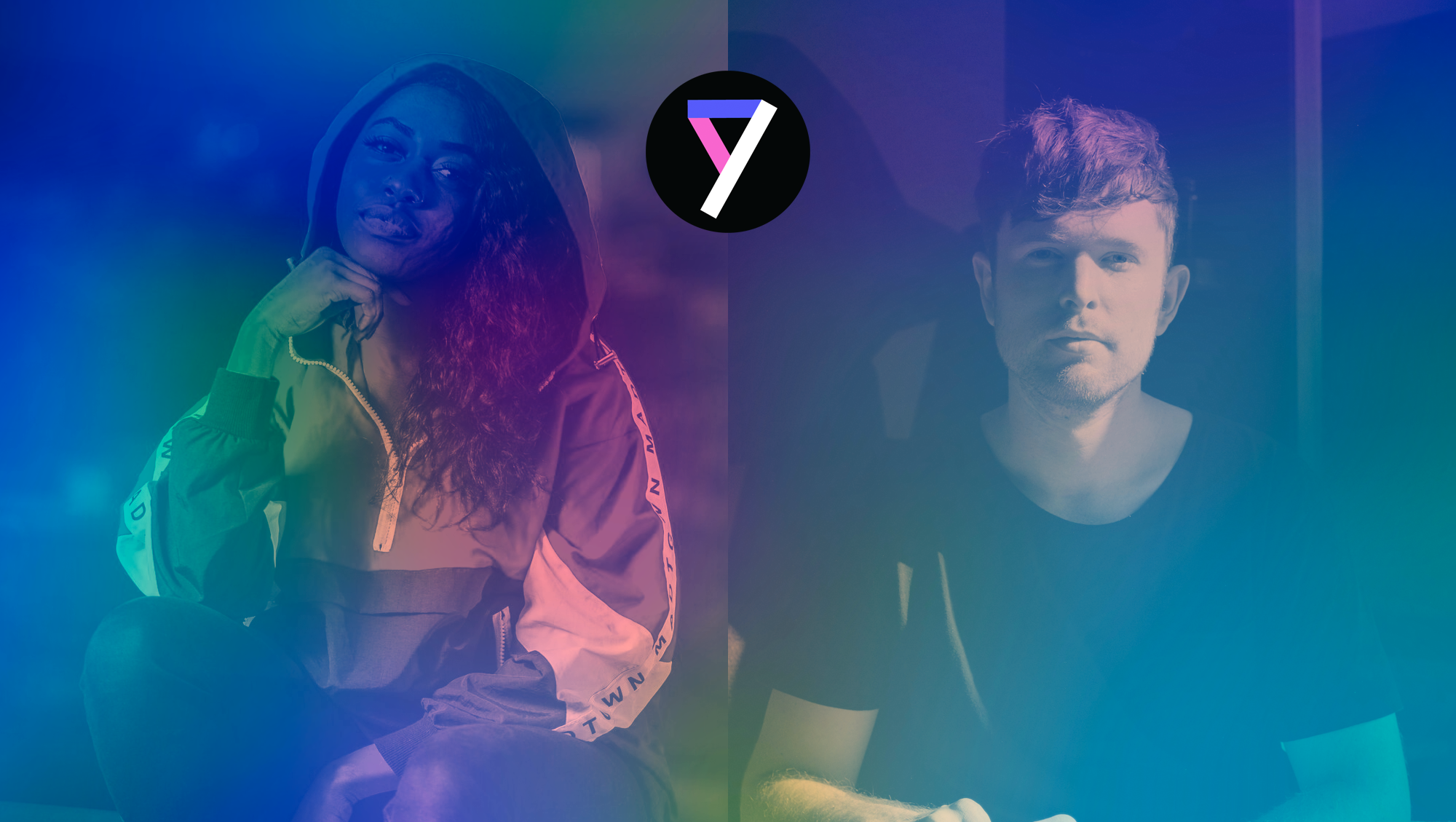 It’s hard to pick a favourite from James Blake’s Assume Form, an album that the everyone here has steadily fallen in love with (so we’ve picked two this month). ‘Tell Them’ is one of the more overtly trap influenced tracks on the record, featuring vocals and co-production duties with Metro Boomin. It’s a pleasure to hear how expert Blake has become at blending an avant-garde compositional edge with the most popular musical genres of the day. A fantastic track from one of the big albums of the year.

Dublin producer Jamal Sul aka Moving Still has provided us with an edit of Sarya Sawas’s ‘Bas Asma3 Mini’. The track is the A-side of a new release on the Dar Disku label. Sul played the track at one of Scully’s recent Woweembeem nights and the track got a big reaction, and it’s easy to hear why. Sul says the edit of the original is the latest in a line of merging his Arabic heritage into his work and he has succeeded with flying colours with this edit.

Foals have announced a new “dual album” this year (two albums) with the first album Everything Not Saved Will Be Lost Part 1 due for a March 8th release with part two to follow in the Autumn. ‘Exits’ is the band’s first song from the album and the video is made by CANADA who made last year’s standout Rosalia videos. The albums will be companion pieces – “separate but related”, and they “share a title, themes and artwork.” The albums promise “exploratory, progressive-tinged tracks which occasionally break the 10-minute mark alongside atmospheric segues which make the music an experience rather than a mere collection of songs.”

One of the real fist pumpers from Sharon Van Etten’s Remind Me Tomorrow. Released on Jagjawuar records. This track, our favourite from the record, is tinged with the same latent emotional energy much of Arcade Fire’s first album had. A slow burner, ‘Seventeen’, begins a trickle and ends a flood with rip-roaring combinations of synths and guitars layering upon each other. Seriously compelling rock music.

Our favourite debut of the month from Irish MC Denise Challa.’Copper Bullet’ is a bouncy rap track with Chalia speaking on Irish rap, being a ‘female rapper’ and flexing against it all with aplomb, sincerity and ultimately, her own unique identity. Chalia says:

‘Copper Bullet’ is a celebration of confidence, a personal anthem of joy after a long period of self-doubt and stagnation. It’s a recommitment to myself and an outright rejection of anything and anybody that would make a sub-genre out of me. This song came from long conversations and reflections about what it means to be a ‘female rapper’. In the end, I’m not a detour or an honorary member of a boys club; either I’m good enough to be a part of this conversation or I’m not. I’m a woman, I rap. I wear what I am proudly, and I represent it loudly.”

Taken from the Lagoon and RikShaw’s collaborative Recess EP, ‘Coming Through’ is a powerhouse trap-pop track. RikShaw’s triplet flow over his extended hook is the finest example of the style we’ve heard from an Irish artist thus far. We’ve been hearing a lot from these two lately. They seem to have struck a solid vein of form, balancing American trap with an authentic brand of Irish lyricism. A rare feat.

The Light Upon Us

‘The Light Upon Us’ is definitely the best material we’ve heard from Talos’s forthcoming Far Out Dust yet. It’s a far more compelling statement than the overtly pop ‘See Me’ was. Talos seems to be pushing for even larger soundscapes than they had on their revered debut Wild Alee. Huge vocoder sounds layer atop the guitars to give the track a near anthemic appeal.

Jafaris’ new single grew on us with repeated listens. It’s interesting to hear the commercial direction the MC is now pushing toward. With its radio-friendly chorus and uplifting message, ‘Time’ is very nearly a pop track. There’s a definite charm in the instrumental. A gospel-influenced progression is hijacked by glamourous synth tones. It’s the right balance of pop, gospel, funk and hip-hop. Jafaris still have the technical ability, even if we’ve definitely heard him sound more inspired on his other tracks.

Chaz Bundick’s new Outer Peace might well be a bit of a mixed bag, but there’s still plenty of shining individual moments on it. Take ‘Miss Me’, which features guest vocals from darkwave artist Abra. It’s a minimal, focused groove. Heavy with noire sub-bass lines and industrial synth design, only offset by the sweetness of Abra’s own vocal melody.

Taken from his surprise drop Encores 2 EP, Frahm’s ‘Spells’ is a 13-minute odyssey of progressive electronica. The way in which the artist has blended the choir voice into the very bitty modular synth lines is excellent. Definitely not a dancefloor filler but an immersive experience with the right set of headphones.

Exeter native Rosie Lowe’s ‘Birdsong’ is some super fresh laid back R&B. For someone who is self-taught on production software, Lowe does a fantastic job of creating vibrant and contemporary electronic instrumentation for her track. Whether it’s the heavily syncopated synth bass, like something you’d hear on an Anderson Paak track, or the programmed drums. ‘Birdsong’ oozes cool.

Heard It In A Past Life is undoubtedly a triumphant debut album and it asserts Rogers as a prolific writer and lyricist. However, it also attests her as someone who is still very much evolving and finding their sound and voice. Tracks like ‘The Knife’ lead the way in terms of potential golden sounds for the artist to explore.

Knock Me Off My Feet

‘Knock Me Off My Feet’ is the exciting return to releasing music for Soak ‘Everybody Loves You’ wasn’t necessarily. A driving dream pop rhythm pushes Soak’s voice into a fevered passion. It’s catchy, well structured and energetic. Not only will it serve to get returning fans excited but also pushes the boat further out in terms of first-time listeners and what they can expect to come from the Derry native.

Dublin-born producer Bitter Rocc’s ‘Man Cub’ is contemporary hip-hop with a menacing lean. Featuring bars from Flynn Johnson, the track revolves around an all-consuming sub bass and trapped hi-hat progression. Roc’s an expert craftsman, warping vocal samples into nearly unrecognisable squeals and rhythmic patterns. Johnson’s bars are in your face, full of swagger and lean. The Snapper reference is the cherry atop the cake.

Michael O’Shea was an Irish experimental musician in the seventies who lived a nomadic life who made his own instrument out of an old door, strings and chopsticks and would combine them with echo and phaser effects pedals. He would play the instrument wherever he went and he took inspiration from the sitar and an Algerian instrument (a zelochord) by Kris Hoslyan Harpo he had played while travelling.

On Friday, All City released a collection of O’Shea’s work on their archive imprint AllChival. Featuring five compositions, the album collates O’Shea’s otherworldly and experimental sound informed by Irish folk, Asian and African techniques in an improvised style.

Told you it was hard to pick one favourite from Assume Form. ‘Where’s The Catch?’ features iconic MC and former member of Outkast Andre 3000. Three stacks have been super choosey about his features in the post-Outkast era, tending only to work with artists he genuinely loves (here’s looking at you Mr.Ocean). ‘Where’s The Catch’ is a glitchy, hyper-paranoid romp through a moment of self-doubt for Blake. There’s a disorientating quality to the vocal harmonies, a sense that the instrumental is continually slipping away. That is only, of course, until 3000 comes in and lays down a super solid 16 bar.

Young British MC with plenty of mass appeals Loyle Carner continues to move from strength to strength with the release of ‘You Don’t Know’. Carner’s flow fits so well on the slick golden era soul instrumental, with low-end heavy horn blasts added for rhythmic punctuation. We’re not sure what’s more impressive. Loyle’s verbal dexterity or the fact that his lyrics maintain a continual empathy throughout his releases. Plenty of rappers get kicks out of being rude, Carner excels at being mr.nice.

The second single to be released from Zaska’s It Takes A Village. Musically, ‘It’s Ridiculous’ is a laid back affair. Built upon a choppy funk guitar progression, Gaffney’s vocals are silky smooth over the vibrant mix. It’s downtempo, mellowed out funk at its very finest. The track, which features vocals from Louise Gaffney of Come On Live Long, is addressed at the gruelling daily struggle which many face daily in Ireland. That is, the struggle to provide for themselves and those around them.

Better Oblivion Community Center was a surprise album release last week from Phoebe Bridgers and Conor Oberst, and across the 10-track album they show their kinship in harmonising together perfectly, while exploring topics of alienation and melancholy-infused treatises on modern society and their place in the world. Nowhere is this more successful as a pairing than ‘Dylan Thomas’ the album’s lead single, a song about drinking yourself into oblivion like the Welsh poet of the title.

Synth-pop duo Boy Harsher are giving out all the 80s vibes on their new single ‘LA’. Jae Matthews and Augustus Miller provide more than enough intensity and menace into this neon dance track to ensure it’s placed on this month’s list. We especially love the spooky vocal performance from Matthews, soaked in delay and reverb.

Any day now we’re going to be able to listen to Charlotte Adigéry’s full Zandoli (on the 8th of February actually). Until then we’ll have to make due with the wonderful singles which precedes its release. ‘High Lights’ is far easier on the ear than the industrial ‘Paténipat’. Produced by collaborator and friend Bolis Pupul, the track swings a groove over a light synth riff. It’s a message of self-expression, referencing Adigery’s love for wearing wigs.

‘Feeling Fades’ is a ferocious 4-minute romp of a debut single from The Murder Capital. A driving bass line propels the rhythm section, atop which sits layers of squealing guitar lines. It’s a literal, blunt form of rock. ‘Feeling Fades’ forgoes the subtle in favour of more emphatically making its point. It’s a song that thrives on a feeling. A pervasive claustrophobia, highlighted by the mix of sun and spoken vocal lines.

Belfast producer Brién has seriously impressed us with the release of ‘Get Luv’, an infectious house track. This track has got it all. There’s the chopped and skewed vocal sample, real earworm stuff. The backbeat is warm, fully-rounded and tightly produced. The fat vintage analogue synth leads toward the end seal the deal, this is fantastic stuff. Get on it.

Jealous Of The Birds

Portadown native Naomi Hamilton, aka Jealous Of The Birds’ new single ‘Blue Eyes’ is taken from the project’s forthcoming Wisdom Teeth. It’s a rock tune straight up. Hamilton makes clever use of British Invasion era vocal harmonies to add some much-needed light to an otherwise dense mix. There’s plenty of movement in the rhythm section, enough to ensure the track never stagnates. It’s high-energy and unabashedly so.

She Don’t Know The Cost

Our favourite of the South Dublin MC’s debut LP Isaac Nelson. ‘She Don’t Know The Cost’ is a well conceived and executed trap song. Basil’s autotune delivery has an infectious quality, the sort that sticks in the mind and ears after a few listens. We also like the fuzzy guitar riffs, which are primed and pruned just the right amount to slot into the mix.

Nialler9 Podcast: Brewing up a Sandstorm