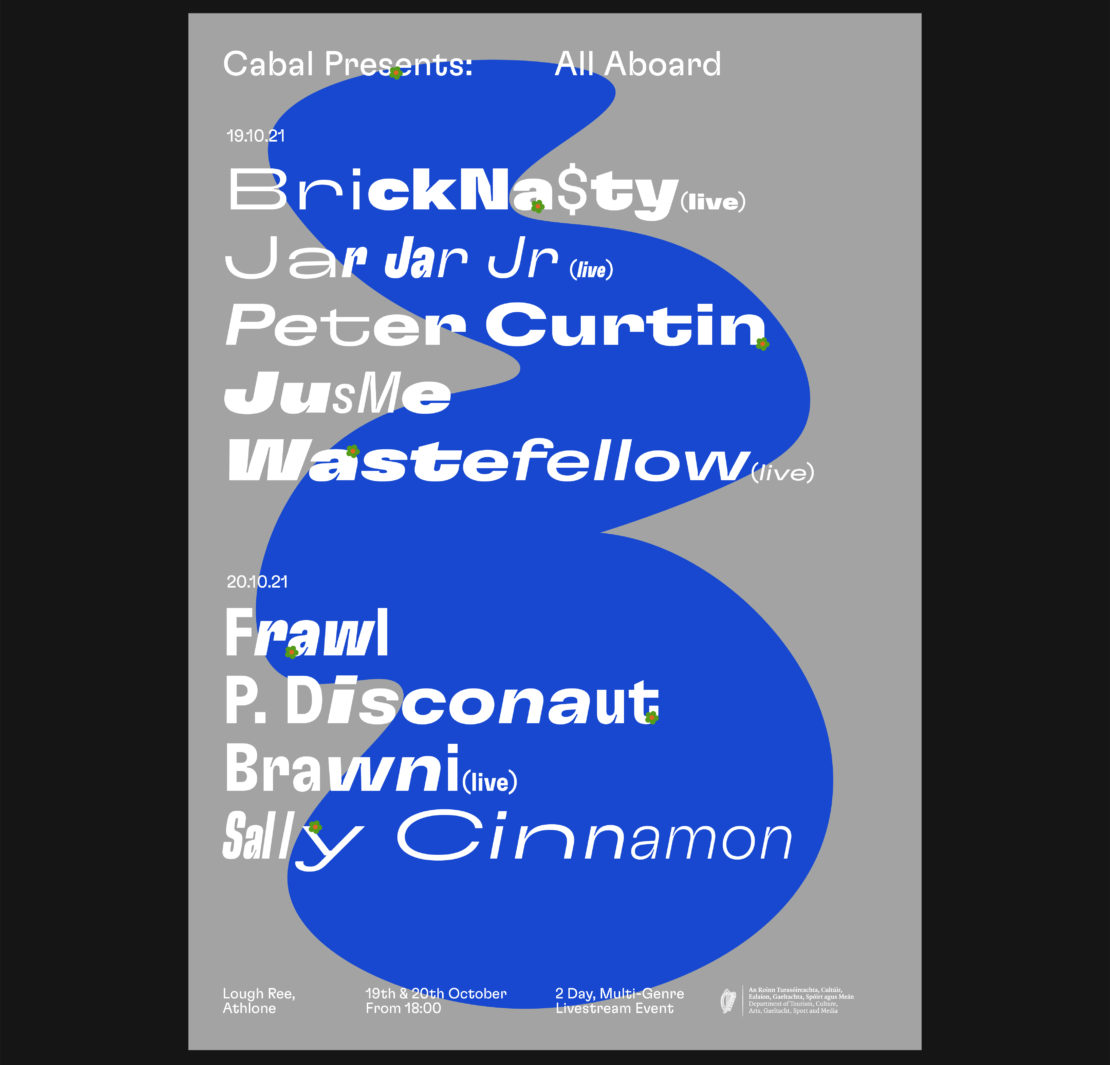 The ever industrious Limerick club collective Cabal are back and spending their Department of Culture LPSS money wisely with a boat party called All Aboard on Lough Ree, near Athlone on the Shannon.

With All Aboard, Cabal are putting on two free parties on a boat on October 19th and 20th with cross-generational lineups, that will be livestreamed on Youtube too.

All Aboard is a concept we’ve been developing over the last few months thanks to the LPSS provided by the. We’ve decided to bring together a star studded line-up from multiple generations of Irish music and take them out to record and broadcast from the beautiful shores of Lough Ree.

With this event we want to celebrate and honour our countries pioneers and also look to the future of what Ireland has to offer, bringing together a diverse line-up of artists that we could only dream of having.

This event is also about coming together, we wanted to take this opportunity and do something that all of this community can share before we return to the dancefloors. So join us on the 19th and 20th of October as we head out for one last virtual voyage.