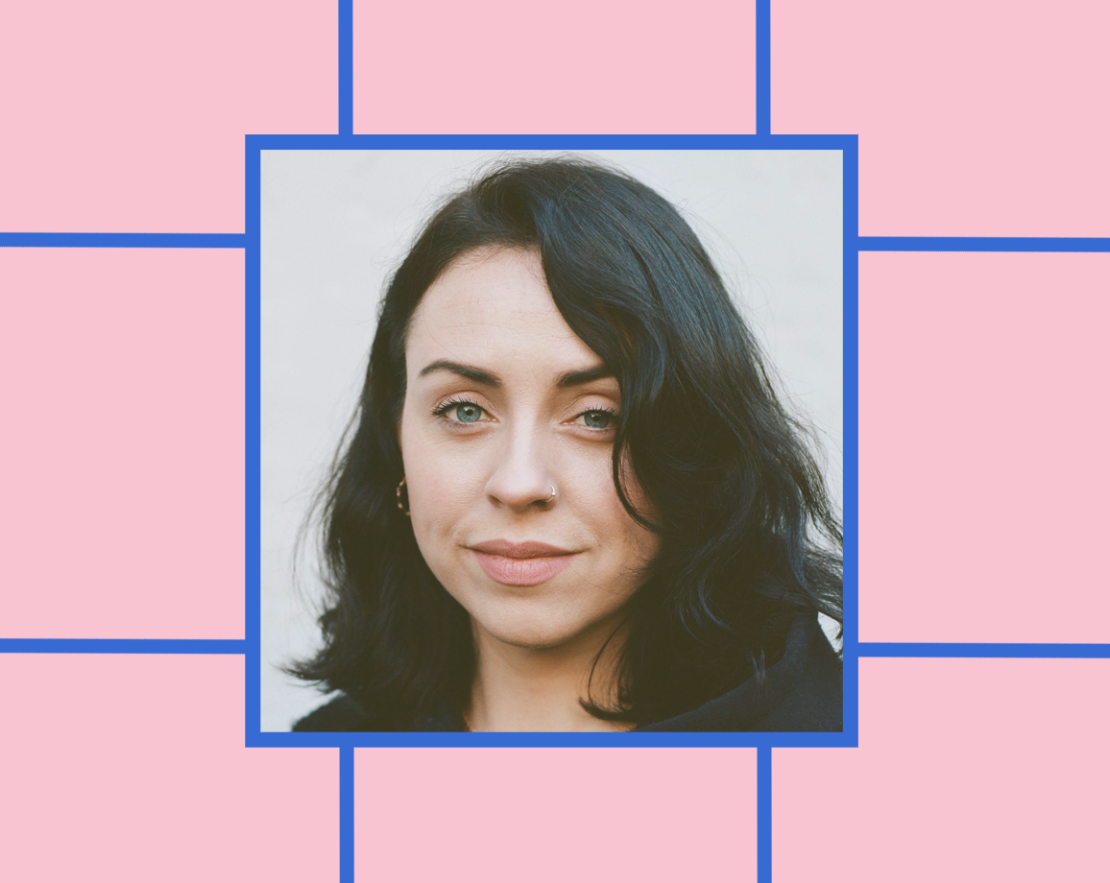 Efa O’Neill is founder of Out of Space, a party and radio show on Dublin Digital Radio.

Efa is best known for her eclectic and creative sets that combine her love for futuristic electronica with rave-era sounds. Her versatile style has lead her to play alongside a broad range of artists such as LSDXOXO, Avalon Emerson, Or:la, Sync24 & Prosumer. In addition to headliner club gigs and festivals throughout Ireland, she has made regular appearances on NTS London, Redlight Radio and Balamii.

Making her international club debut at London’s Pickle Factory for the Secretsundaze crew, she most recently joined them also at the infamous Pikes Ibiza for a hot and steamy summer party. Whether playing festivals, intimate parties or large club spaces, her focus is always on creating atmospheric and vibrant dance floor energy.

Sneaking in at the last minute with a release date of December 20th on Western Lore, I was lucky enough to get an early copy of Dead Man’s Chest latest release and its so good!

Sampling an early 90s snippet of Fabio & Bukem discussing the roots and inspiration of Jungle music, ‘Lo-Freq Soul’ with its stepping breaks, half time grooves and acidic bass lines is an absolute killer. Haunted Dub on the flip side is huge too.

This is 100% my favourite pop song of the year. Originally released back in 2017 on Atlantic Records, Truth Hurts was re-released as a radio single in 2019 and no surprise, it’s so good! The lyrics on this are absolutely killer and pack a few punches. Its the perfect carefree empowerment song to pick you up or get down to, cause you know…truth hurts.

I met Rachael Lavelle when we shared a seat on bus from Cork to Sherkin Island for Open Ear festival this summer. We chatted about life and music and it was absolutely lovely. She was so humble speaking about her work that when I heard ‘Perpetual Party’ a few months later, I was blown away by her voice and the originality of the music. Her use of innovative sound design and strange humorous lyrics paired with her haunting voice is totally unique, just like her and this track. Big love.

One of Cork’s greatest DJs and producers, Colm K, returned to Tiff’s Joints this November with a dancefloor-ready release titled KFU(RN). ‘Lady’ was my favourite pick of the four tracks – a heavily swung uptempo house jam with a killer kick, skipping percussion and a flipped vocal and piano line that pulls on the heartstrings. I’m going to be rinsing this one for a while.

Sputnik One is one of the most exciting producers to come out of Ireland in recent times. The Dublin based Audio/Visual Artist and DJ released his first 12″ on the London label The Untold Stories in October and its been gaining a lot of attention since. The EP was inspired by Project MKUltra, a program which investigated mindstate manipulation through extensive experimentation between 1953 and 1973, and the music is certainly reflective of this. His combination of sound design elements, detailed percussion and killer bass lines make for perfect experimental club music. Hard to pick a favourite out of the four tracks so maybe start with the title track ‘MK Ultra’.

Copenhagen’s fast techno scene has been getting my attention of late with its emotive yet pounding techno. Championed by artists such as Courtesy and Mama Snake through their label Ectotherm, that shines a light on its local scene. Another Danish gem is DJ Ibon. I played his remix of Midnight Sun at a club recently and it was a super euphoric moment. A peak time Techno/Trance energiser!

Cheating a little with this one as it was first released in 1992, but it was featured on ’30 Years of Rage’ by the legendary Fabio & Grooverider which was my favourite compilation series of 2019 so it definitely deserves a mention. The compilation tracks the evolution of UK rave culture through its early foundations of Hardcore, Jungle and DnB. An essential, all killer no filler addition to any UK lovers collection.

The DJ Kicks series is arguably the world’s most open-minded and respected mix series that has invited a broad range of artists and DJs to curate a mix of their personal record collections. American born Laurel Halo stepped up for for the 68th edition of the series which did not disappoint. The 29 track mix featured seven exclusives, from the likes of Ikonika, Machine woman and two tracks of her own. My favourite was ‘Sweetie’, a seven-minute cerebral, jacking Techno number which gets me every time.

Febreeze was released on FSL back in February by Berlin-based Cork bred artist ELLLL. A three-tracker with an absolute killer of a remix from G.E.O Corp, however, the sunrise edit tipped it for me.

Its atmospheric intro washes in with beautiful layers and textures before being paired with a UK style break which glides through the track alongside floating melodies and carefully thought out sound design. I’m a huge fan of the way Burial crafts emotive and atmospheric dance music and this track had a similar feel for me!

I’ve been playing this track in the early hours of sets recently and it works so well to get the crowd nice and loose. Released by the Montreal-based Perishing Thirst, ‘Enhance’ came out on a double EP titled ‘Pilgrims of the Rinde’ on the formidable Canadian imprint, NAAF. The release also features an equally excellent, breakbeat more sinister version in the form of ‘Desecr-8’. Both excellent, depending on the mood!