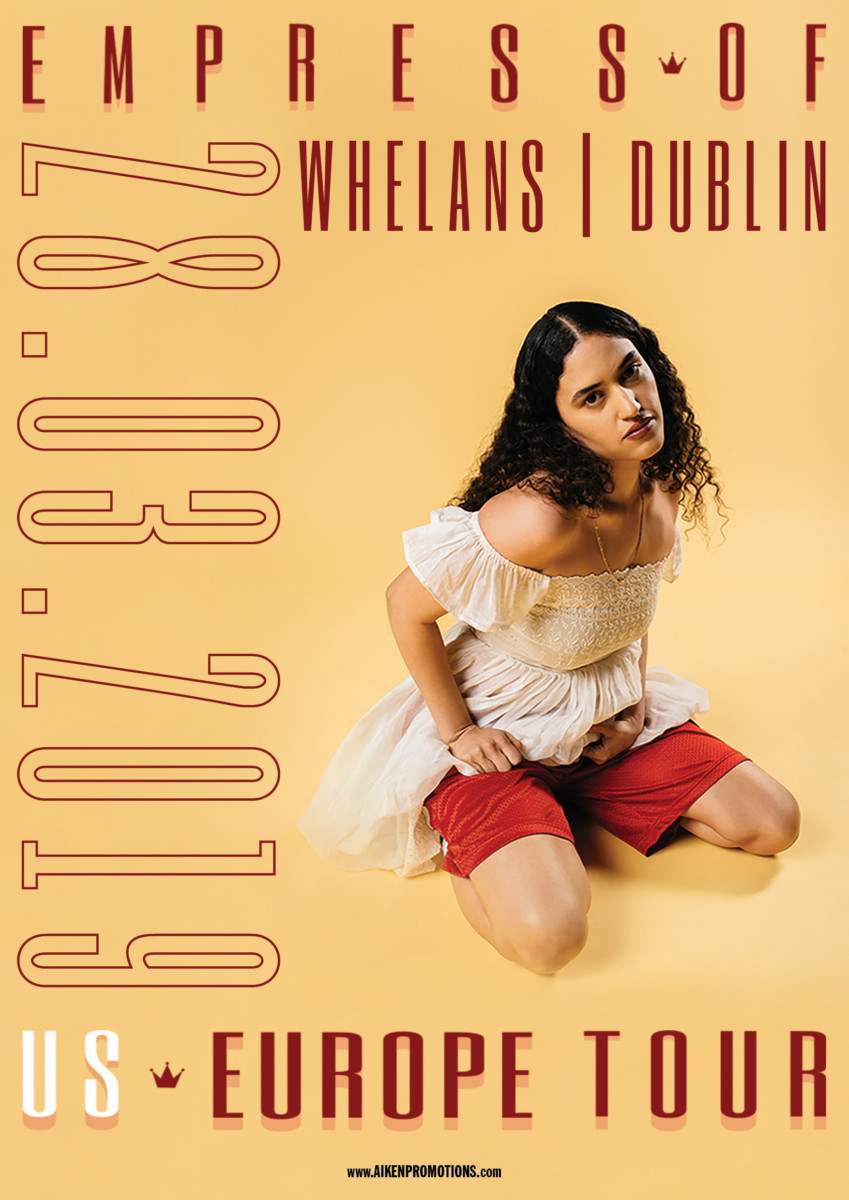 The LA-based artist Lorely Rodriguez aka Empress Of is one of this site’s favourite artists of the last five years and her second album Us just dropped today on Caroline Records, the followup to the much recommended Me album in 2015.

With that good news comes a second reason for good cheer – Empress Of is to play her debut Irish show in Whelan’s, 28th March 2019.

Tickets will go on sale next Friday 26th October at €18 plus fees.

Us was produced by Rodriguez with help from Dev Hynes (aka Blood Orange), LA production duo Sam Griesemer and Jerome Potter of DJDS, Spanish electronic producer Pional.
Listen to the album.