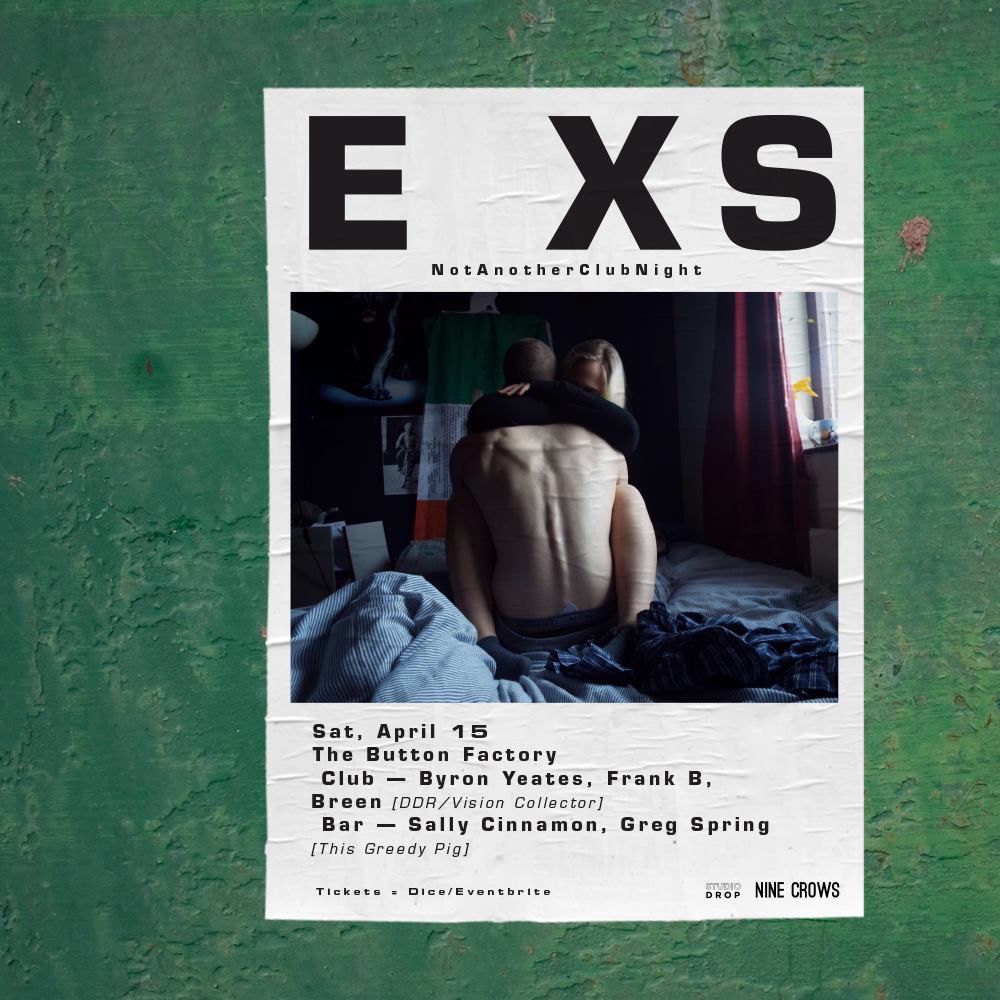 “Be the buzz you want to have.”

So says EXs, the new club night starting in Button Factory tomorrow night (Saturday April 15th), in a “a two room buzz inspired by parties we weren’t born for and clubs in cities we don’t live in. The likes of Paradise, Gargage, Studio 54, Panorama Bar and the Hacienda.”

The Exs club night is posting style ideas on Instagram for the night (Optional dress code – Neon orange and black are prominent) and on the music front, DJs playing on the night are:

Tickets via Dice app or Eventbrite from €12+.

Sally put together a playlist of sounds from her DJ playlists to give you an idea of what EXS will be like sonically. It features Orange Tree Edits, New Jackson, Chance, Long Island Sound, The Eagles, Midland, Jaakko, Eino Kalevi, Stretch, Black Madonna and more. Get in on with your EXS playlist.