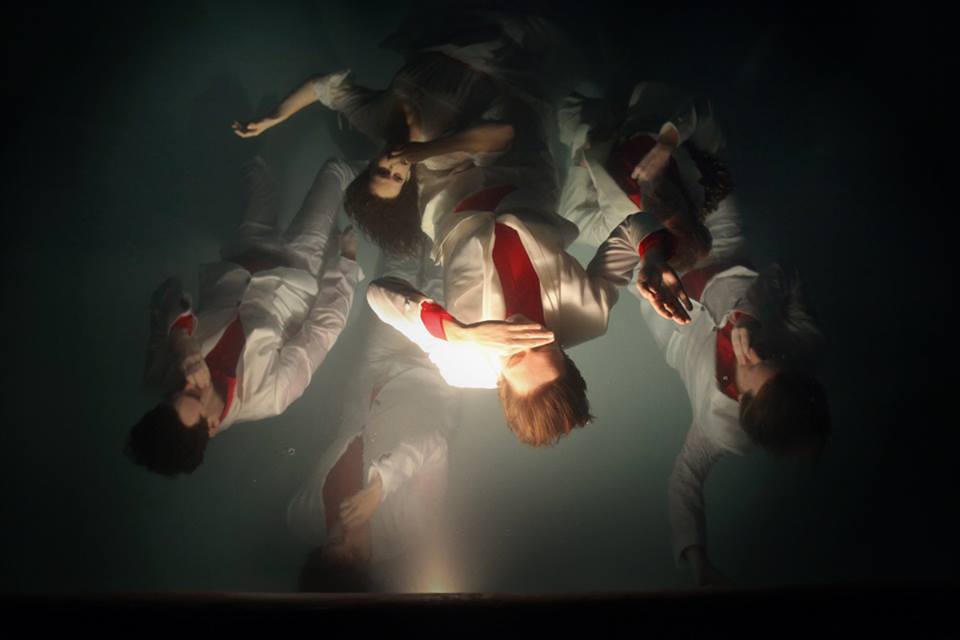 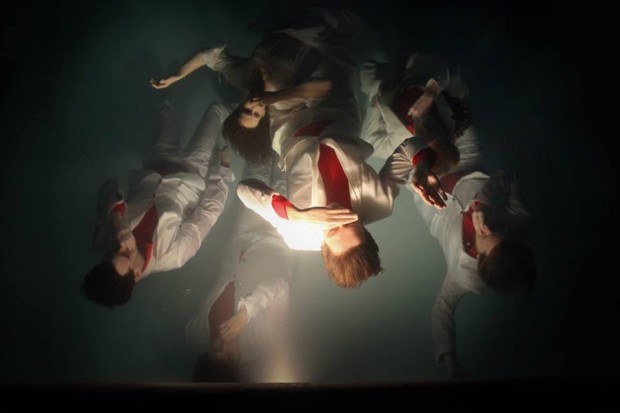 Yesterday I had the opportunity to hear the fourth Arcade Fire album Reflektor in full. What we knew in advance: It’s a double album at 75 minutes long produced by James Murphy, Marcus Dravs and the band with additional recording done in Jamaica with Dravs. The band have been playing with Haitian congo players in Montreal which Win Butler says contributed to the underlying “voodoo rhythms” on the record. He also told Zane Lowe in the same interview that genre is less important these days:

“To me the joy of making music in 2013 is you’re allowed to like Sex Pistols and ABBA and that’s fine. It’s such an explosion, anything that’s good rises to the top, and we want music that respects that.”

So how does it sound? Well, first impressions is Reflektor is a dense record. Broadly, it’s a rock’n’roll record but not one that easily fits that description. Disco elements are present in arrangements but not prominent. It certainly doesn’t feel like James Murphy or his DFA sound is pawing the controls too overbearingly. There’s an increased emphasis on low-end but Arcade Fire don’t allow Murphy to throw cowbells and DFA rhythms all over the album.

The “voodoo rhythms” in question feel more like a reference to the overall effect of jarring track intros and outros incorporating street noise, abruptly changing tempos, sounds that underpin songs like the groaning synth line on ‘It’s Never Over (Oh Orpheus)’ and effects that bookend songs in echo and reverb.

The mish-mash of genres that Butler spoke about is telling. Dub, rock, psych, garage rock, punk, disco, synth-pop, funk, studio ambient passages. It’s all here in some form. The band appear to be trying out new hats and surface-level references that cropped up on my first listen included The Clash, The Rolling Stones, The Beatles, T-Rex, Blondie and David Bowie. So very much classic artists in tone.

None of these influences last for more than a song, resulting in an album that soars and creaks with the history of rock music in its veins. Whether Arcade Fire have tried on too many hats at the expense of cohesion isn’t clear on one listen. It’s still very much an Arcade Fire record but at 75 minutes, it’s a lot to digest in one sitting, repeated listens are required.

Oh, and would it kill them to give Regine some more lead vocals?

The full album is up on Youtube now posted by the band.

Here are my notes on each track:

You’ve heard this one. Overall, probably a false flag for the album. The song does do disco and classic rock all in one so in those terms it’s a good establishing song and fits with what Butler says above but it’s more disco than anything of the rest of the album.

Built on a strutting Billie Jean-esque bassline, this track has an ’80s Bowie feel. Deep low-end towards the end of the track as Butler sings “down on our knees, begging us please, praying that we don’t exist.”

Tumultuous drums and caterwauling synths bleed into a more palatable big beat dirge with a creak of low-end distorted bass. Speaking of The Clash, this reminds me of ‘White Man in Hammersmith Palais’ (as heard live on the opening of the recent 22 minute live promo video thing) The song shifts into double time and a brass-assisted breakdown before it’s back to the piano-lead melody. The song appears to be about Haiti. Early album highlight.

The Rolling Stones is the most obvious comparison here, the rock’n’roll bluesy rhythm backs Win worrying about the who or what a normal person is. Dips into some garage punk action towards the second half. Angsty and monochromatic.

One person’s voice I didn’t expect to hear on this album? Jonathan Ross. His voice introduces the band and this track, which has a similar gait to the piano-stomps on the title-track The Suburbs, with a bit more psychedelic influence. “Stop wondering why you feel so sad, you already know,” sings Win.

“They’re the ones that’ll spit on you,” sings Win to a punk guitar backing before a T-Rex / Blondie beat kicks in. The song has relatively straightforward arrangement. Arcade Fire drinking game – Regine sings in French! Take a shot!

Strings unfurl, tension build as Win and Regine sing the title. “I hurt myself again, along with all my friends,” stands out in the lyrics. Arpeggiated guitar adds colour and the low-end from the stringed instruments is palpably felt.

A slow wandering track that segues into an epic ’80s soundscape then into Beatles-esque ‘Hey Jude’-esque chorus. It even comes complete with a La-la-la singalong.

A groaning distorted bassline throbs across the whole track, the track are in new floaty territory here. Lots going on and it kind of goes on a bit aimlessly. At least it felt on first listen that the band didn’t know where the track was going to end up.

Electro-synth lines pulse like a slowed down version of Paul McCartney’s ‘Wonderful Christmas Time’ and the song is all atmospheric programmed beats and Win singing “makes me feel like something is wrong with me”. The synth lines turn into something that sounds a lot like Electric Youth/ College’s ‘A Real Hero’. Not quite as sweet in the vocal stakes, perhaps Regine (and on the album in general) should have done more with this seedy song.

The only clear parallel to LCD Soundystem or DFA Records-style drums. Keeps it fairly airy and light on the instrumentation at the start. The band unleash their knack of anthemic chorus (“can we just work it out / if we scream and shout / til we work it out”) and Regine is clear on the backing vocals. The song builds and builds without any huge surprises but keeping the epic feel thing going on. Surely, the next single.

Nearly 12 minutes long. A gently rising cinematic denouement. Strings, beats and twinkling instrumentation that sounds like lo-fi bedroom synth electronica builds across a vista. The arpeggiated synth comes to the fore as the rest of the track fades out over six minutes into gurgling ambient synth noise and strings bombing downwards in scale.