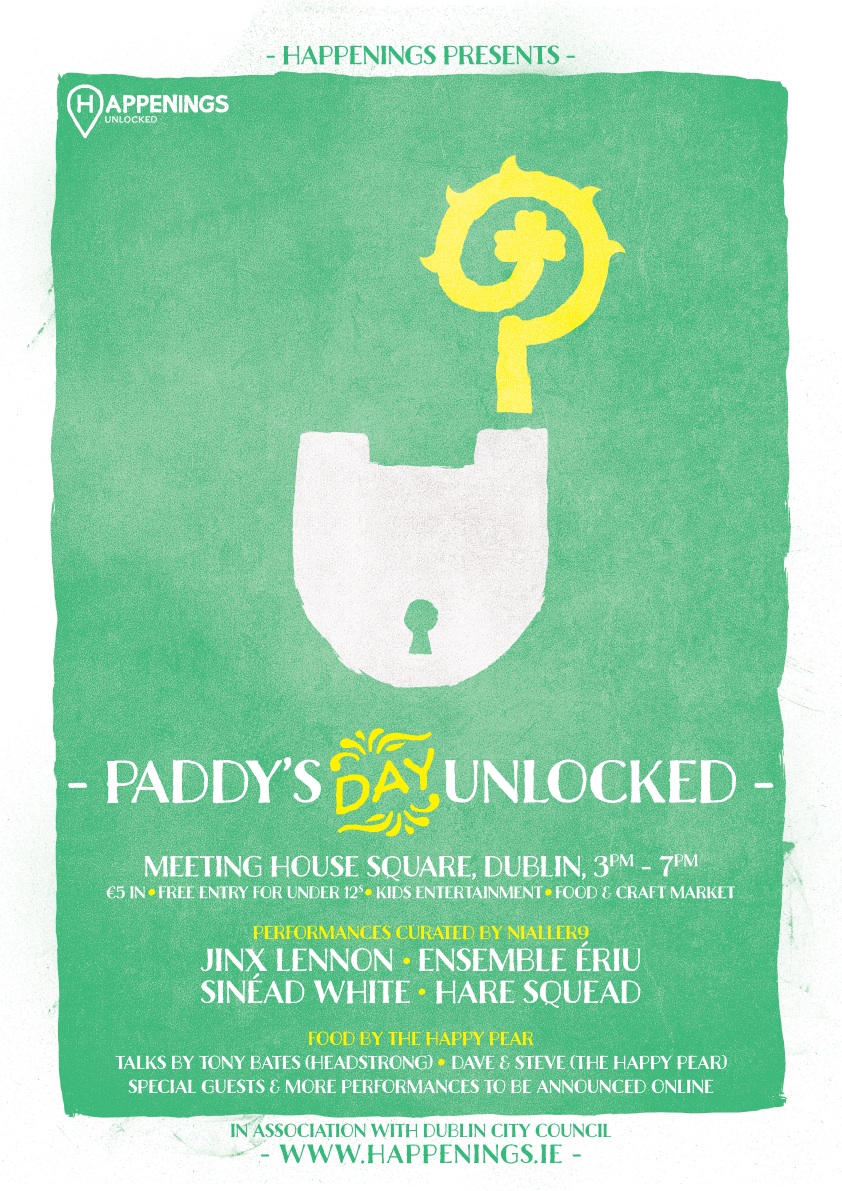 I’ve been out of Ireland for the last six years on Paddy’s Day at SXSW in Texas, but that hasn’t stopped me seeing the chaos and drink-fuelled behaviour that was captured on social media and beamed around the world.

This year, I’m home and I want to do something during Paddy’s Day that is the opposite and alternative of that experience but that also has music and Irish creativity and culture at its heart. That’s where Happenings come in.

They put on Paddy’s Day Unlocked in the Milk Market in Limerick last year which 6000 people passed through and this year, they’re putting a Paddy’s Day Unlocked on in both Limerick and Dublin. The idea is simple – an alcohol-free event on one of the booziest days of the year. Happenings will be setting up show in town in Meeting House Square on the afternoon of Paddy’s Day, March 17th, after the parade and will be hosting music, comedy, food, dance, crafts, spoken word, walk-about entertainment for the kids and more in a family-friendly environment that will celebrate all of the great things we do have to offer as a country to the world. It’s not an anti-booze event, booze is just not the focus.

Happenings asked me to curate the music lineup and I’m delighted to tell you that we’ll have:

Food by The Happy Pear.

+ more to be announced.

Families with children are welcome. Under 12s go free, It’s a €5 for everyone else.

Paddy’s Day Unlocked is  an opportunity to redefine what it means to be Irish. It’s a direct challenge to our drinking culture in Ireland. It’s a chance to distance ourselves from the national vice and out of our stupor; to unlock Ireland’s potential by showcasing the best of our culture.