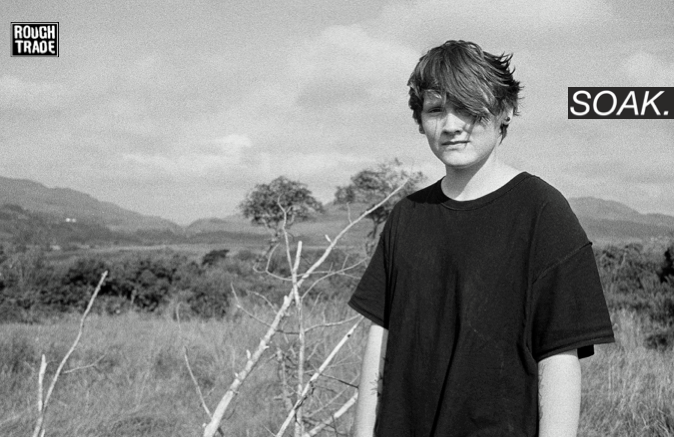 Julio Bashmore to play the Academy next month

Over two years on from the first time we heard SOAK aka Bridie Monds-Watson sing ‘Sea Creatures’ as a 16-year old Derry pup on Other Voices, the song remains one of her best. As she has progressed as a songwriter and in career, via signing to Chvrches’ Goodbye Records and then Rough Trade, the music has changed and matured.

Her 2014 singles ‘B A noBody‘ and ‘Blud’ added instrumentation without weighing down Watson’s vocals. For those familiar with her music and particularly ‘Sea Creatures’ in particular, this new version might not feel right at first but several listens in, the version takes on its own distinct character without sacrificing the original spirit too heavily.  Lines like “I don’t understand what her problem is, she’s just a fish” and “I’d pray for you and you know I don’t like Jesus” remain highlights while the strings swirl and the wind blows.

The new version is on iTunes.

Album of the week: Jonnie Common – Trapped In Amber