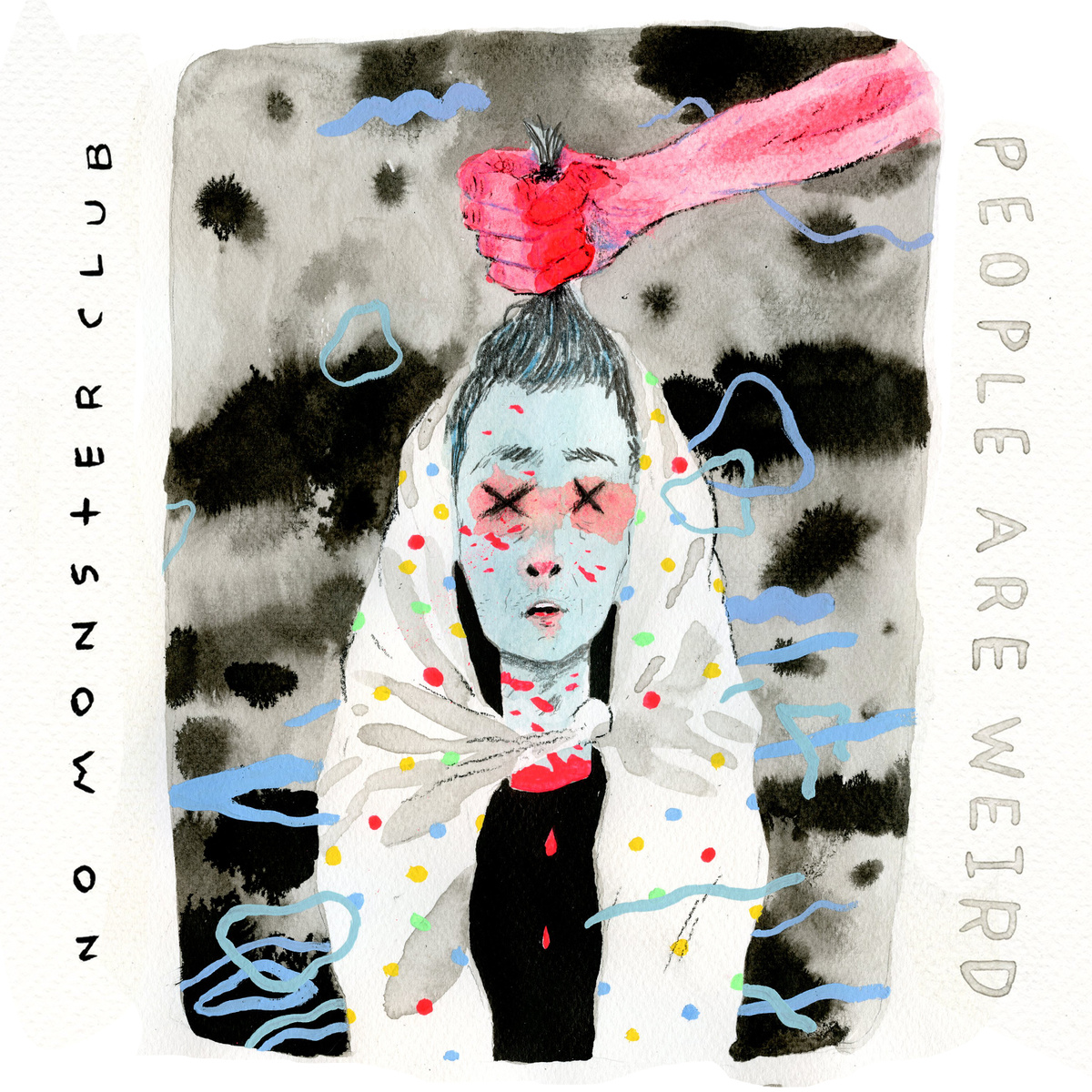 If the back catalogue of Bobby Aherne’s No Monster Club has taught us anything is that the talented Dubliner has an ability to write insanely catchy guitar songs. It’s something he’s done with a regularity in the last five years: ‘Be My Bone’, ‘(I Think You Could Get Away With This Carry On When You’re In) The Sun’, ‘A Better Fit’ or ‘La La Land’ to name but several songs of his.

People Are Weird, his latest album is chock full of them, making it his most accessible work yet and an album that feels like a progression in that Aherne has nailed the catchiness in a distilled songwriting style that moves the music he makes into a wider territory, and he’s done it with his humorous character intact and a cleaner production throughout (with mastering by his bandmate Mark Chester).

It’s there in the opening track of ‘Can’t Get Enough Of That Hippy Dippy Bullshit’, a bright march into tight lo-fi pop track ‘Arms Across America’ which leads to a less-than two minute keyboard-pop stomp of ‘The Severed Head’ which hurtles into perhaps, the best song Aherne has ever written ‘I’ve Retired’, an ultra-catchy fuzz-pop wonder and the most celebatory song about ending a music career you’re likely to hear.

“You got to treat this life as a laugh,” goes ‘Winning Streak’, a credo which Aherne puts across in his fun songs and it’s something which is felt on ‘A Bad Example’ a song which addresses the often traumatic school-going experience with a classic rock’n’roll rhythm or ‘Late Bloomers’ a psychedelic bounce track which suggests that people don’t always hit their potential early on in life, which is a nice way to say that this is Aherne’s best No Monster Club release so far. People are weird and also, great.

People Are Weird will be launched on March 14th in Bello Bar, with support from Soil Creep & Laurie Shaw – €7 in, or else €10 with the album on CD or tape.