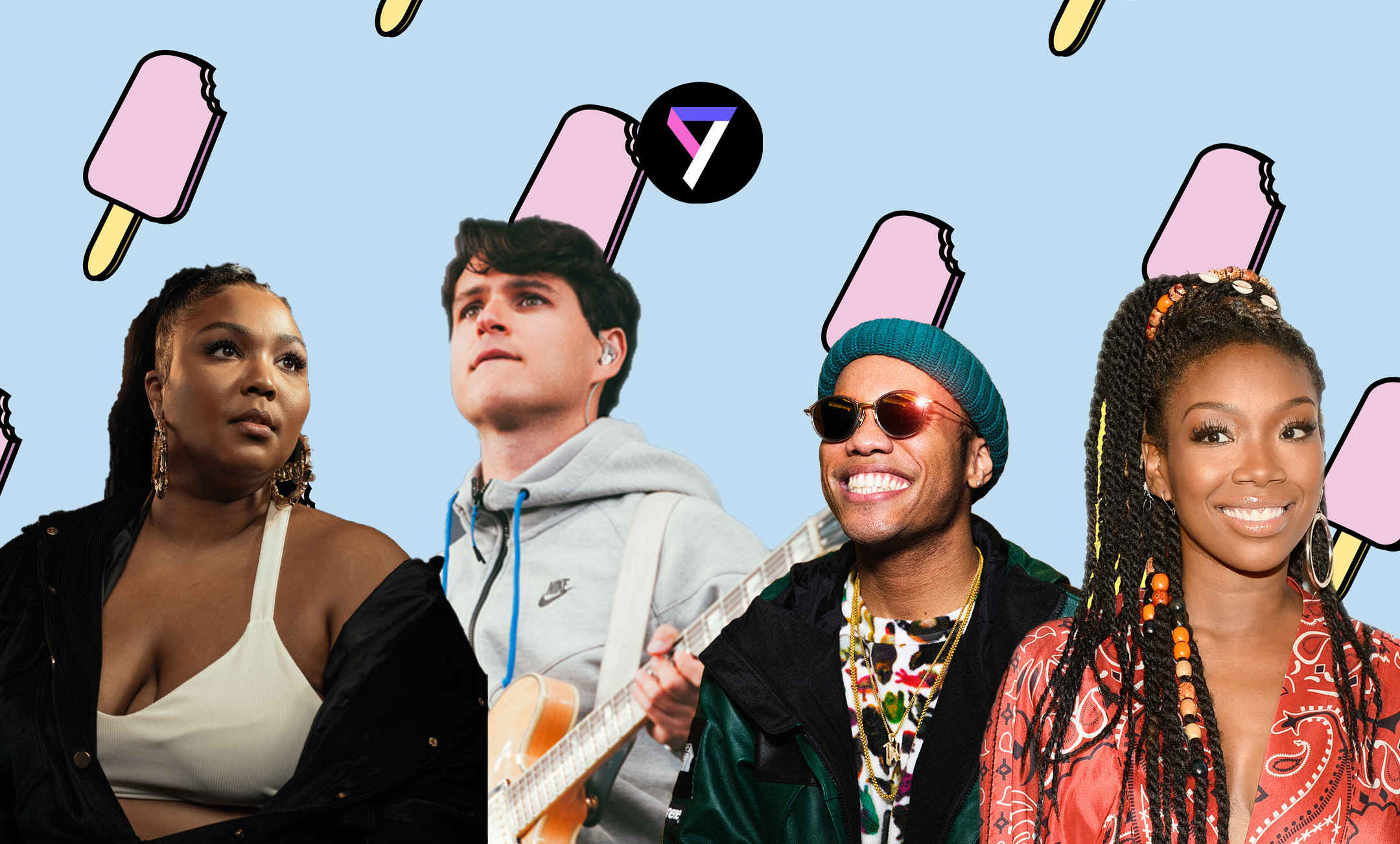 The song of the summer is a track that defines and fills the summer months, that everyone can agree improves a mood, is the soundtrack to memorable festivals and nights and sticks around until at least September.

It used to be easy, thanks to the charts and countdown music video TV, to ascertain what is the song of the summer, but the fractured nature of media consumption in the 21st century has shattered the impact of the top 10 most popular songs and left us with a loose collection of non-scientific methods of deduction. Instead, we get clues through algorithmic Spotify playlists, DJs playing it in bars and clubs (the song in question should be adaptable), social networks mentions, living room airings and regular radio airplay.

So there is no one song to rule them all, instead we have a million different personal choices with a few rising more obviously than others. Popular music wisdom says that for a song to be crowned the song of the summer, it should be released by the last week in April to give it the best chance to reach mass public consciousness (end of May latest for some exceptions).

Last year’s popular choice was Calvin Harris and Dua Lipa’s ‘One Kiss’ while my personal one (and a bit of an Irish festival anthem last year) was Krystal Klear’s fizzy disco instrumental ‘Neutron Dance’ and sure, in some universes, ‘Old Town Road’ or Lewis Capaldi is your 2019 song of the summer, but not around here (Billie Eilish’s ‘bad guy’ is up there but maybe too moody and dark to claim the mantle).

Here is the choice for popular song of the summer and our writers’ picks.

Has there been a song this year more infectious than Lizzo’s breakthrough smash ‘Juice’? Combining Bowie/Rodgers ‘Let’s Dance’ Era bright funk pop rhythms and Lizzo’s insatiable domineering message of self-love, ‘Juice’ has meaty and juicy sustenance galore and has persisted without fatigue since it arrived in the first week of January.

‘Juice’ is an anthem, a summer jam in message and medium, co-written with songwriter Theron Thomas and co-realised by producer Ricky Reed (watch the making of video). That helps account for the song’s many hooks (“oh baby”, “yeah you know”, “ya ya eee”, “Somebody come get this man / I think he got lost in my DMs” – every line is memorable) but better yet, the song’s instrumentation – ’80s guitar, brass fanfare, a crisp drumbeat, subtle synth lifts and funk bassline are a perfect foils for Lizzo’s personality. By the time, Lizzo played it at Glastonbury last month, its coronation as song of the summer felt complete. ‘Juice’ is a song with staying power, not a snack at all, but the whole damn meal.

Our writers’ songs of the summer

Anderson .Paak has made an accidental summer jam before with ‘Am I Wrong?’ from his 2016 breakthrough Malibu. ‘Jet Black’ leans into a similar vibe with it’s bright light-funk and soul instrumentation and rap bounce. It’s bright, hazy music that lusts for and celebrates good times (“We peakin’ / Hands above us / Feels like someone lifted me”).

What’s more ‘Jet Black’ has a bonafide nostalgia linkup with R&B singer Brandy (who released the song of the summer of 1998 with Monica in ‘The Boy Is Mine’). Anderson .Paak’s superpower isn’t immediately apparent if you’re listening to headphones, ‘Jet Black’ is a song that breathes on good speakers. Do yourself a favour and experience it in a club (like Lumo this weekend perhaps? 🙂 ) ‘Jet Black’ is my song of the summer.

Vampire Weekend dial the vibes up to eleven on this gem from Father Of The Bride. ‘This Life’ has been the soundtrack to my favourite summer mornings. Living on a bit of a natural incline, many a June or July AM begins proper with Ezra’s confusion about the weather in California and the brief glimpse of a rolling Dublin landscape I manage to snatch at the top of my estate. As grin-inducing a way to start my day as any I could imagine.

It’s not a particularly remarkable set up for a tune. ‘This Life’ won’t be referenced in the music production classes of the future, nor will barstool philosophers, chins in one hand and G&Ts in the other, debate the layered nuances of Ezra’s lyrics. However, ‘This Life’ has the sort of boundless energy the sun puts into its morning smoothie to prep for the day ahead. Ezra’s irrefutable optimism is near neurotic but absolutely contagious. That guitar riff is four spoons of sugar in your tea levels of sweet.

How To Build A Relationship

When Flume’s surprise mixtape Hi This Is Flume dropped earlier this year it brought the Australian’s trademark future bass sound to a whole new level with a newfound industrial-influenced edge and nods to PC Music throughout. A highlight of the release was ‘How To Build A Relationship’, a tongue-in-cheek rampage featuring boundary-pushing weirdo-rap stalwart JPEGMAFIA.

JPEGMAFIA spits out insults and distaste for three minutes with the knowing wink of a man who’s jokingly playing the role of tough guy and handles Flume’s wonky spaced out production with ease. The Baltimore rapper’s rowdy brags, Game Of Thrones references and increasingly goofy list of hip-hop monikers make for a series of quotable phrases and his obnoxious delivery feels like he’s hyping me up to take on the world, no matter what mundane moment the song might be soundtracking. Flume’s production is at its most relaxed with video game samples dominating amidst loose noise and a crushing but rhythmically laidback bassline.

‘How To Build A Relationship’ is a fun romp made for shout-alongs and faux aggression with friends whilst boasting a bassline that was built to be blasted through a festival field. It’s big, bold and boisterous – everything you could need from a summer anthem.
– Kelly Doherty