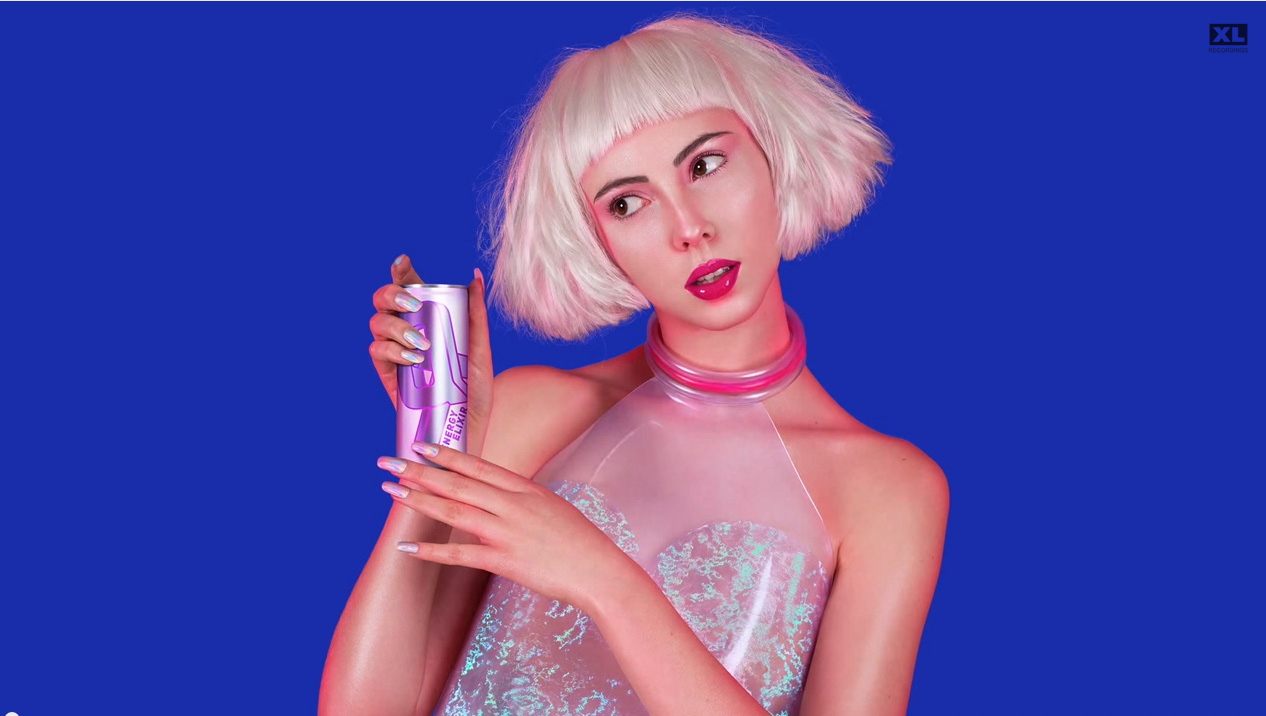 I don’t know what the fuck this song is intended to be. Is it a cheap throwaway thrill? Is it the future of pop? Is it a horribly embarrassing cheesy dance track? Is it a thoughtful piece of sound art? Is it a fucking travesty?

That’s been pretty much the first reaction from every song I’ve heard out of the PC Music stable since last year. Seeing Sophie live at SXSW, gave this music some context because he was delivering sounds that not many have used to the same giddy effect in music.

One thing ‘Hey QT’ is, like all of the work of the producers behind it, Sophie and A.G. Cook, is DIVISIVE. Because I don’t know what it is, because I can’t tell exactly if it’s an honest expression of sound or a parody or pisstake. That is exactly why I like it. It brings up so many questions. The song challenges your taste and preferences. It asks you to digest what you’re hearing. It’s also really catchy. WHAT AM I LISTENING TO? OMG I LOVE IT.

Another thing it seems to be is a conceptual energy drink. QT been pitched as “a drink, or more precisely a brand new Energy Elixir (“where organic and synthetic meet to stimulate an uplifting club sensation”).” Why the fuck not? A song can be whatever you want it to be so when something sounds as hyper-real and saturated as ‘Hey QT’ (even when pitched down), that it’s as shareable and marketable as marmite (when I played ‘Lemonade’ on my radio show – the reaction was strong and evenly split between hate and love with no middle ground).

The song makes me wonder, as a near 32 year-old man if I’m listening to the sound of a generation gap forming. But then I remember that the happy joy expressed in the notes in songs like ‘Lemonade’, ‘Attachment’ and ‘Hey QT’ reminds me of a time when Breakcore was a frenzied expression that I threw myself into in the past.

‘Hey QT’ smashes things we’re familiar with – eurodance, trance, bubblegum pop and R&B. You won’t forget it in a hurry. It’s not music of the future clearly then but it’s music of the now. When most new bands seem to be arriving with much more maturity than ever, PC Music producers like Sophie and A.G. Cook are creating a sound that’s just more youthful and fun than everything else.

The song is available to own from Beatport.