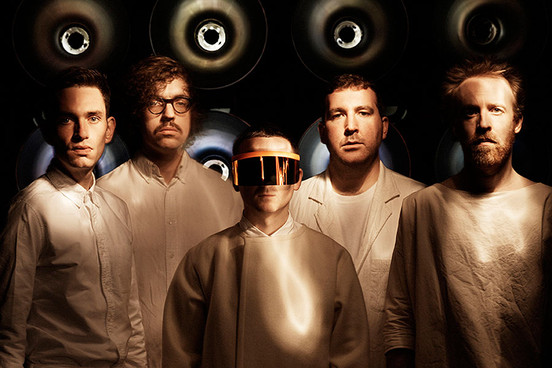 New track ‘Need You Now’ kicks off with a sample that is familiar in its throwback to classic house times, the 1983 track Sinnaman – ‘I Need You Now’.

Says Alexis Taylor of the track:

‘Need You Now’ is a bit different to anything I’ve previously written about – it’s about the bleak reality of living in a world where terrorism exists in such a visible way. The track isn’t trying to solve anything, it’s just a recognition of the fact that it’s there and we’re helpless against it. Hot Chip songs are usually about relationships – either my own or my relationship to the music we make… ‘Need You Now’ comes from a more pessimistic place. It’s an attempt to condense down that sense of helplessness you get watching the news.”

In true Hot Chip fashion, the song isn’t bleak in the slightest, just more emotionally invested. It comes with a video by Shynola featuring Taylor chasing himself for answers.