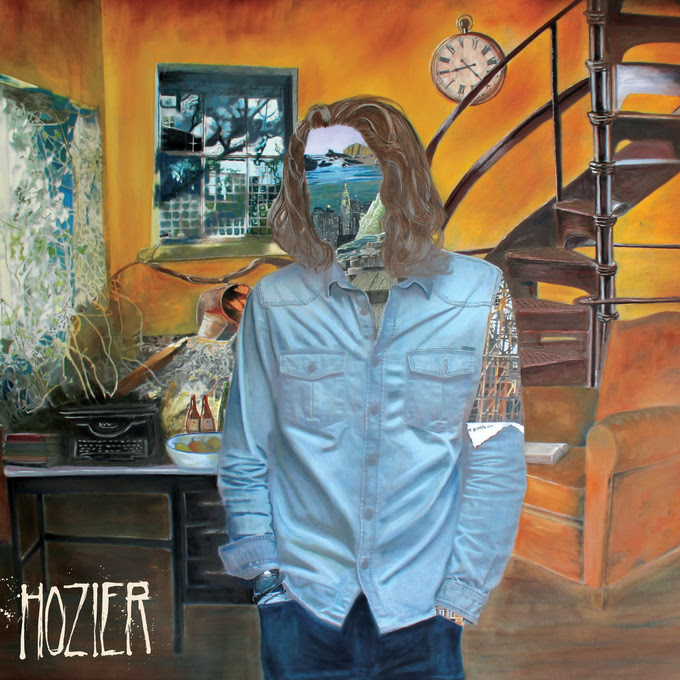 It was only this week, last year, that the ‘Take Me To Church’ video was released. The track is still a magnificent intro to Andrew Hozier-Byrne, a soulful high-spirited song which seeks redemption in the flesh and does so by using ecclesiastical language – command, worship. heaven, amen, shrine, sin.

It’s the opening track on the debut Hozier album, 365 days on, a year which has seen the young Wicklow man impress at SXSW, draw a huge crowd at Electric Picnic, play Letterman, sell out tour dates all over the US and Europe,  sign deals with Island Records in the UK and Sony Columbia in the US and countless other things that many musicians would kill to be ticked off their bucket list. It’s been fascinating to watch his ascent from small shows to next month, being the main musical act on Saturday Night Live.

Most people who are thrust into a global limelight so quickly are prepared for it in some way. In person and performance, this shy soft-spoken tall Wicklow man often didn’t quite seem at total ease with what was happening to him. Writing songs for nearly 10 years is one thing but connecting with audiences, on a cultural scale is quite another.

His debut album’s 13 songs however reveal an assured lyricist, a powerful singer and dedicated blues guitarist that is a stern reminder, despite his growing ubiquity, of exactly why the dude is only going to get more visible (major label dolla doesn’t hurt either).

Substance and darkness lies beneath a decent Hozier tune. ‘Sedated’ the previous standalone single features a chorus that emphatically sings about “nursing on a poison never stung / our teeth and lungs are lined with the scum of it.” Charming.

Or the second EP’s lead song ‘From Eden’, which announces to a lilting guitar lick cheerily “I slithered here from Eden just to sit outside your door… a rope in hand for your other man / to hang from a tree.”

Further indicators about Hozier-Byrne’s lyrics being darker than they appear are throughout the record. The album’s sweet guitar duet with Karen Cowley, ‘In A Week’ is about a decomposing couple in a field “They’d find us in a week…. after the foxes have known our taste.” The morbid nature of love rears itself out of the ground on the chain-gang blues of ‘Work Song’ –  “no grave can hold my body down / I’ll crawl home to her,” and on the folksy ‘Like Real People Do’ – “Why were you digging / what did you bury / before those hands pulled me from the earth.”

It’s a testament to his soulful vocals (and producer Rob Kirwan) that a song like ‘Sedated’ which is heavily dosed with bodily and sensory residue manages to stay above all, as singalong as it does. Ditto, ‘From Eden’ and with its slithering sly protagonist ready to kill to get what he wants. A veneer of a hook is all that’s needed to hide the truth and Hozier uses it well.

In an interview earlier this year I wrote for the Sunday Times, Hozier talked of his love of Chicago and Delta blues. It’s an influence palpably felt throughout the album from the rattling blues lick of ‘To Be Alone’ and ‘It Will Come Back’ with the singer “howling outside your door” with the guitar doing something similar.

All huff no puff? Not quite. ‘Jackie And Wilson’ is the most blustery blues track in Hozier’s catalogue. A bombastic track inspired by the American R&B singer which takes flight with an impressive display of gospel backing vocals.

Taken all together in album format, other touches like the extended Mexican-standoff stomp bridge in ‘From Eden’ add something new to the familiar but it’s the howl, the voice that keeps drawing you back. Hozier-Byrne proves he knows how to write a good song or 13, and he knows how to use his  Bill Withers bellow to memorable effect. Hozier has the confidence where it matters – in the tunes. Everything else is already on the cards.

The album is out now in Ireland. iTunes.