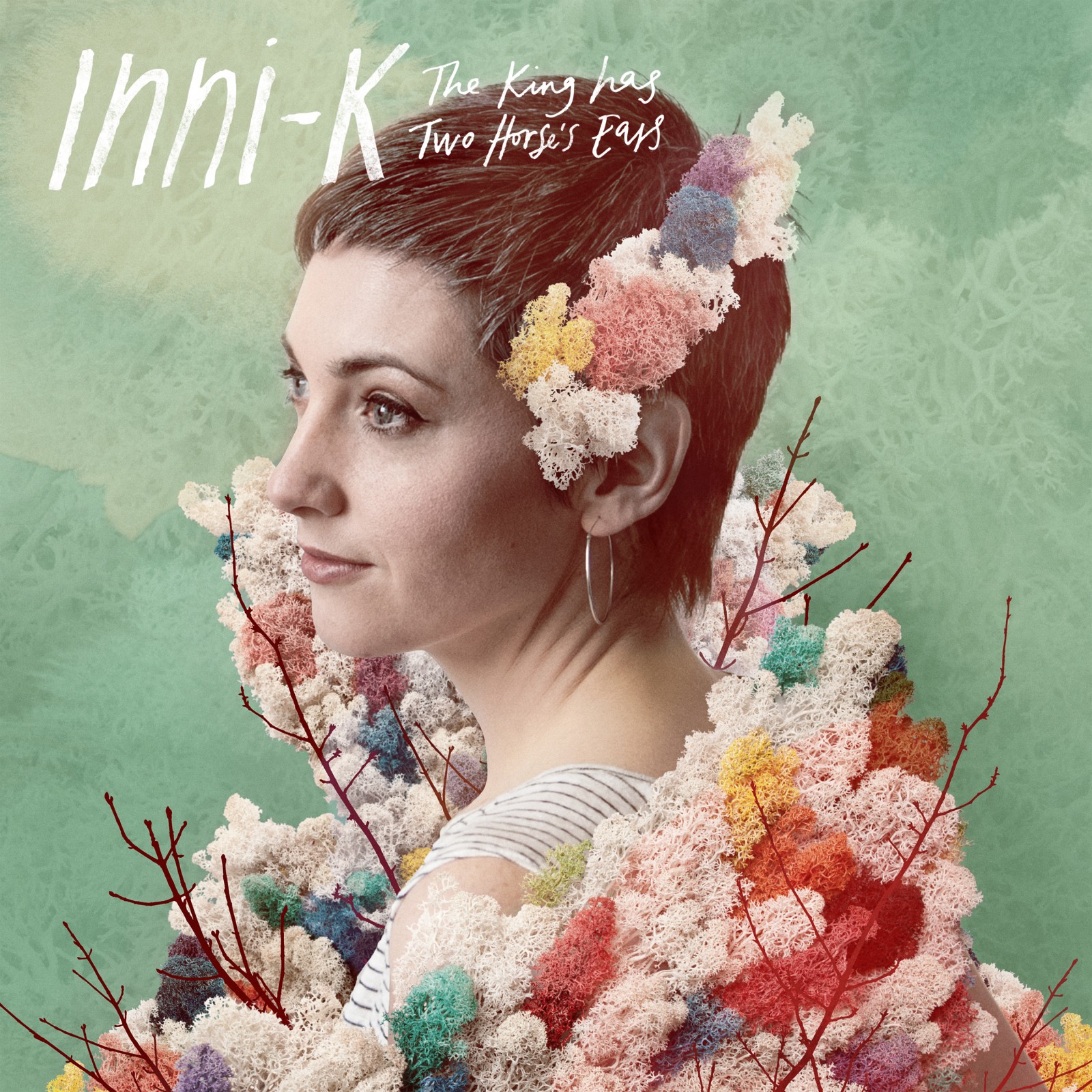 If the title gives us a clue about anything about the music of Inni-K beyond specifics, it’s that Eithne Ní Chatháin’s debut album is rooted in the traditional and the mythic. The name, which informs the lyrics of the title track on the record, comes from an Irish legend and it feels fitting because the album wears folk influences in its structures, as if also passed along through generations too.

Ní Chatháin takes those touchpoints and imbues them with a pure pop coating. On ‘Find Your Beat’, the lyrics as Gaeilge place the song firmly of this land but the song’s bright ukulele instrumentation could fit right in with a lot of the melodious folk/pop heard these days. It’s accessible but comes from its own place. The same could be said for a lot of the album, which pushes and pull between folk and big pop melodies, taking advantage of Seán Mac Erlaine on woodwind (listen to his wonderful recent album) and Kevin Murphy on cello.

Evident too on The King Has Two Horse’s Ears is the full colour that producer Stephen Shannon has instilled. The previous debut EP’s songs are here, now in a full-band form – ‘Gentle Star’ has gone from a uke-ditty into a piano-lead slow song approaching something more epic. That leap is also heard on ‘Love Song’ with Ní Chatháin’s vocals reaching further and hitting a stronger stride.

It all comes together on ‘Come With Me’ an uplifting track with African-style backing vocals, bright instrumentation and vocals corralling the listener towards a more luminous disposition.