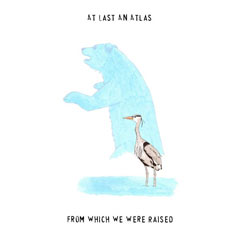 Darragh Nolan is the creator of all things visual and online at First Music Contact (www.breakingtunes.com, HWCH and the Music From Ireland projects.)

Of course this is not remotely under the radar, especially after THAT Jools Holland appearance & his publicity explosion in the past couple of weeks (and many multiple mentions on Nialler9), but if I’m being honest mister Conor J O’Brien would HAVE to be in my top 5 Irish acts right now. Ever since hearing the early demos we’ve been spinning whatever Villagers tunes we could get our hands on in the office & the songs have rooted themselves firmly in our collective subconscious. Add to this spine tingling live performances on his ‘todd’ and with the full band and you have an undeniable talent that would be completely sinful to ignore.

My first introduction to The Ambience Affair was in a dingy pub in Temple Bar with a lone Jamie Clarke looping, singing & shouting his way through a revelatory set that included a cover of ‘The CN Tower belongs to the dead’ from Final Fantasy. If I wasn’t already convinced this particular cover said ‘SOLD!’. Knowing his tastes were partly shared with my own must have endeared me more towards him as I approached him afterwards & expressed my admiration for the set. Since then The Ambience Affair has become two with the addition of drummer Marc Gallagher & the sound & potential has doubled as a result, with each new gig bringing new developments & surprises. Ignore at your peril.

With a 12” just released on Captured Tracks, the home of Beach Fossils among others, this Belfast 3 piece ‘play disposable noise-pop songs’. I can’t say I totally subscribe to this modest description since their ‘Don’t Let Me In’ track from their 4 track 12” has proven anything but. Having sold out their Home taped demos & honed their live sound supporting Wavves, Times New Viking & Lovvers among others, Girls Names take their cues from the sound of young Scotland & promise to define the sound of young Ireland.

Without sounding or mimicking in any way the great Justin Vernon, Deaf Joe Harney is, in my humble opinion, the closest artist we have in spirit to Bon Iver on these shores. Breaking away from his musical family in Deaf Animal Orchestra Joe ‘wants to write songs for the listener to get lost in’ & with the few songs I’ve heard certainly succeeds in this mission. With an incredibly controlled voice weaving melodies that grow on repeated listening on an extremely minimal sounding warm ethereal backdrop Deaf Joe has yet to receive the exposure he deserves but will no doubt convince the greater world upon future releases.