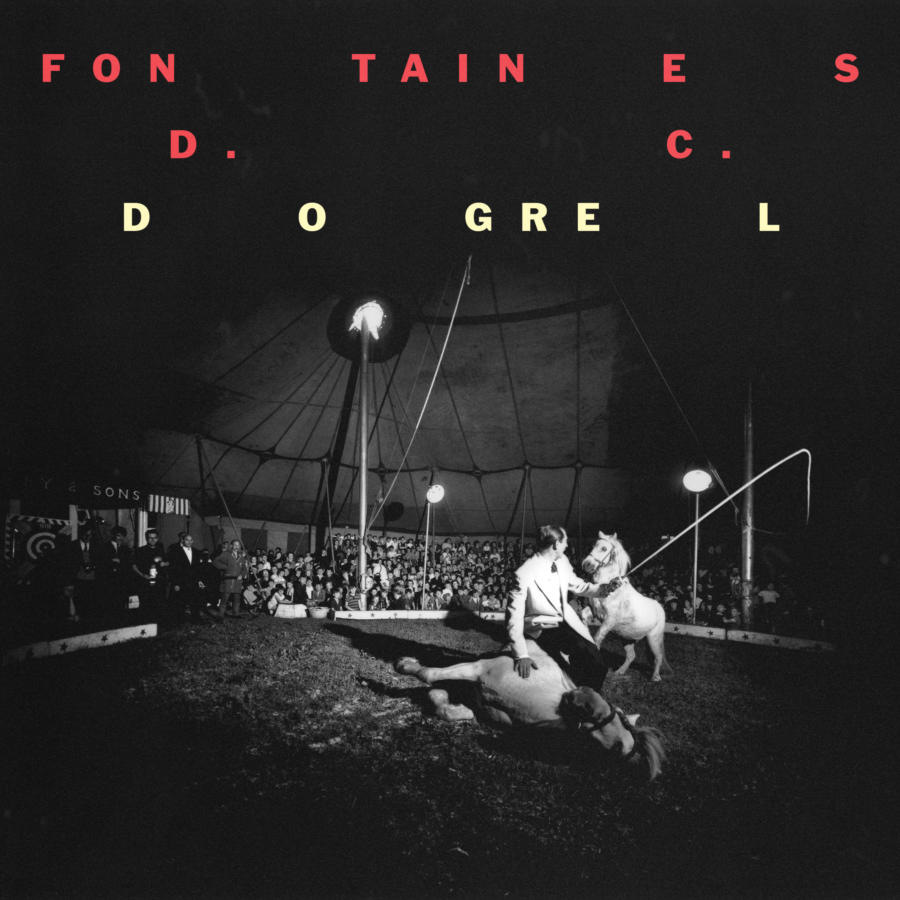 10 gigs & clubs to see in Limerick city this weekend


The allure of burgeoning success for a homegrown act is strong.

To tap into a distilled sense of patriotism, forgo some level of objective observation and jump on the proverbial bandwagon can be a subconscious process. Has that contributed to the treatment that some Irish critics and fans have given Fontaines D.C? The five-piece are absolutely everywhere at the moment.

Some radio presenters, papers and publications are hailing the release of the group’s debut LP Dogrel as akin to a new chapter for Irish music. Paul McCloone labelled it the best debut in years (the Today FM presenter wrote the band’s bio).  That’s a lot of expectation to put on any group and yet, the Fontaines D.C have found many champions internationally, with KEXP, NME, DIY Mag and lots more heaping praise on the group and album. 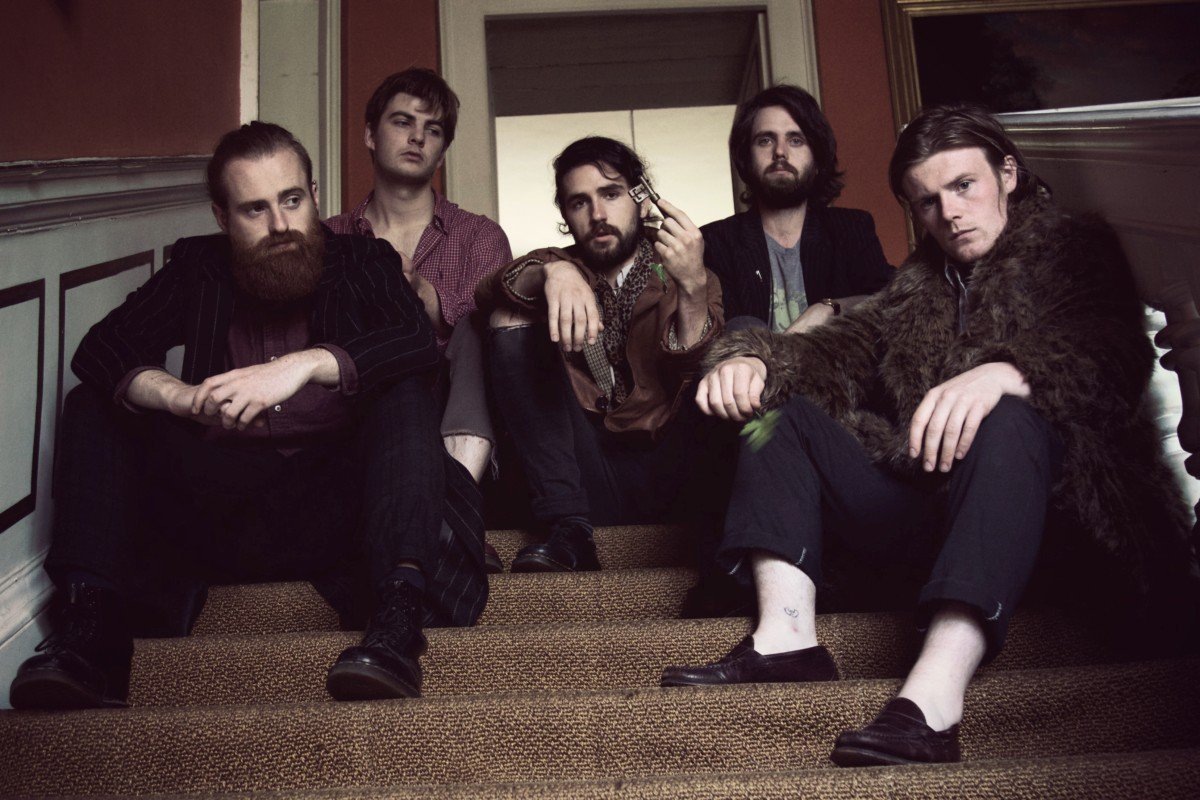 As force will always be met with force, so too has the hype surrounding the band been met with harsh criticism from a few sects of the Irish population. Implications  that their music is somehow contrived are a common criticism. So is the weak attempt to disenfranchise the group for the fact that not all members come from Dublin and they didn’t arrive at their sound at birth.

Amidst all of this noise, it’s easy to forget the only thing that really matters – the music.

So what is Dogrel really like as an album? It certainly opens strongly. ‘Big’ is an ideal introduction to the group’s sound and ethos. It’s short, sharp and utterly blistering.

If Dublin city is loosely placed at the lyrical centre of the record from the get-go on this opener, so too is the instrumental energy that gives Dogrel its distinct sense of drive and focus.

Dogrel was recorded live in just two weeks onto tape with overdubs. Bear in mind, nearly half of the tracks on the album were originally recorded and released well over a year ago. Since then the group have had ample time to develop, adjust and tinker with the track’s constituent parts.

Take the massively improved ‘Hurricane Laughter’. Previous to hearing the album version, it had always stuck out as among the band’s weakest released material. A song that leaned on the tropes of late 50s and 60s rock the most.

This new version injects an overdose of venom, arrogance and features the most compelling Irish bass performance of recent memory (courtesy of Conor Deegan III). It sits right in the middle of Dogrel’s running order, an absolute highlight that dispels any foolish notion of Fontaines D.C. being a soft band.

That ‘Hurricane Laughter’ is followed by the melancholic ‘Roy’s Tune’ is a snapshot of where Dogrel falters as a whole. ‘Roy’s Tune’ is among the best material on the LP, with its gorgeous ending sentiment of “Hey love/Are you hanging on?”. Yet, in contrast to the raucous tune that came just before, it doesn’t sit well on the tracklist.

In that sense, Dogrel is very much a debut album. 11 individual tracks, varying in quality, collected together onto one release. The running order isn’t dynamic. Songs don’t flow into one another and one track rarely responds to what came immediately before or what will immediately follow. A showreel, no matter how good the individual parts, is just that.

The downtempo tracks on Dogrel place the listener closer to the group. ‘Roy’s Tune’, ‘Dublin City Sky’ and even ‘The Lotts’ not only feature the most ego-free lyricism on the record but also serve to highlight that the group are versatile – capable of writing songs more nuanced than ‘Too Real’ or ‘Big’ – a band that shouldn’t find themselves pigeonholed anytime soon.

For all the striking imagery and clever vernacular the group champion through their lyrics, there is no singular take away from the LP. Fontaines D.C. are what you make of them on Dogrel. On ‘Sha Sha Sha’ the group warn that “there’s always gonna be tears” but don’t deign to tell us why.

Rare moments, like the sublime closing track ‘Dublin City Sky’, gives an insight into a potential collective philosophy, the aspiration of a people moving “all together now”. This isn’t about a politic, but meaning.

Instrumentally, the LP fairs far better. The group can pen razor-sharp lead lines, just the right balance of melody and distortion – sweet and sour.  By using an Albini-esque method of capturing the band in the room and affecting little else, the sheer strength of the individual parts shine through. Going forward, the band’s material could gain a little more depth by taking advantage of the studio as a compositional tool.

Dogrel is not a groundbreaking work and that’s a dangerous expectation to levy on a band still in their musical adolescence. Still, there is lots to enjoy on this tight rock’n’roll LP,  I wouldn’t be surprised if it ranked highly among my favourite releases of the year.

True, there are moments of genuine excitement on the record. Snippets of vocals, guitars and raw energy that allude to a potential fitting the attention surrounding the group – but it’s all too inconsistent right now to say it’s a debut album for ages.

Dogrel lacks cohesion, in its running order and the themes it presents. Though the band have done much to carve out a distinct sound for themselves, any comparison between the Darklands versions of their old singles and their counterparts will show as much, there’s still a long way to go before I’d start speaking in superlatives about their future.

It’s a big first step, but I hope the best is still to come from Fontaines D.C.