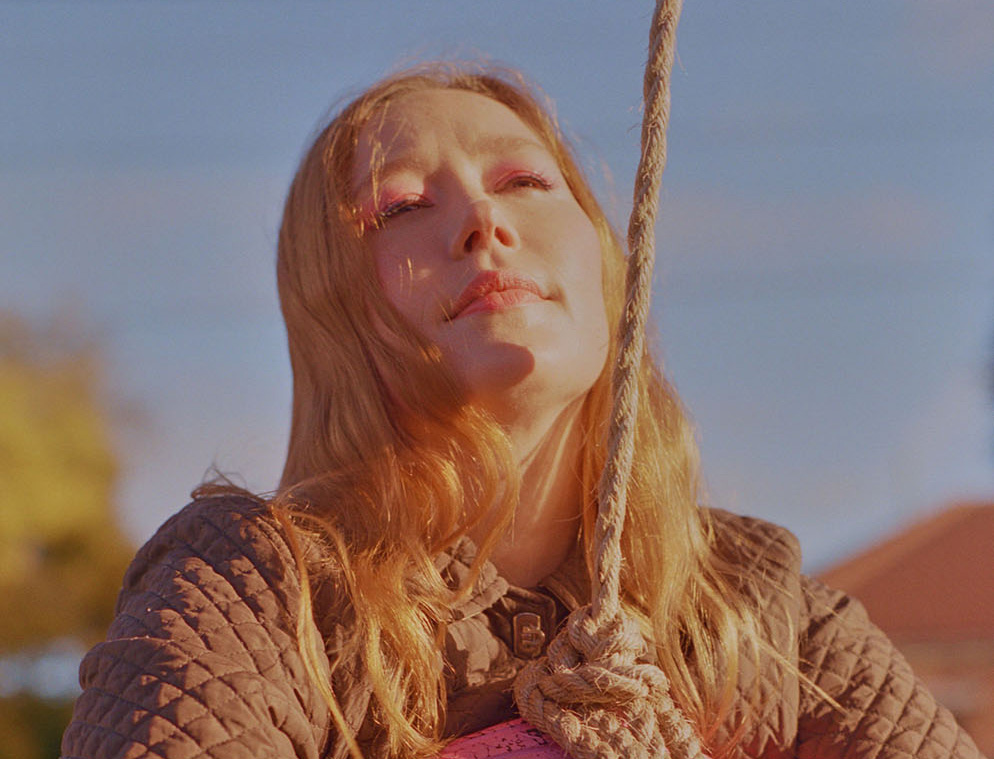 
There’s a vulnerable honesty to Julia Jacklin’s new song ‘Be Careful With Yourself’, from her third album Pre Pleasure out on Friday, on Transgressive Records, the follow on from the excellent Crushing.

The Australian singer-songwriter has often been able to put the listener into the shoes of the narrator, whether it’s articulating the pressure felt to shake off a breakup, recounting the actions of a toxic ex that results in being kicked off a plane, or worrying if that nude perhaps that same ex has will be used against you.

‘Be Careful With Yourself’ is no different in its similar abilities, but the mood is different, and all together more hopeful.

The song finds Jacklin gently asking of a partner to look after themselves, to keep doctors appointmеnts, to stop smoking and drive to the speed limit. This isn’t a relationship that has resorting to nagging, it’s a loving one that Jacklin wants to last, hence the requests to stick around – “I’m making plans for my future and I plan on you being in it”.

There is a healthy encouragement to remain open and talk, despite Jacklin’s admission that “I know you were raised by the church and encouraged to keep it all.”

It’s a love song grounded in the familiar and every day, that also echoes in its final verse, the absolute vulnerable dependency of a relationship – “From now on, in you I put all my trust / Now that I know there’s nobody coming to save us.”

Julia Jacklin – Be Careful With Yourself Lyrics

[Verse 1]
Please stop smoking, want your life to last a long time
If you don’t stop smoking, I’ll have to start, shorten mine
When you go driving, would you stick to the limit?
I’m making plans for my future and I plan on you being in it [Chorus]
Ah, ah
Ah, ah [Verse 2]
When things get too hard, make sure that you’re talking
I know you were raised by the church and encouraged to keep it all in
I’ve seen enough now to know that this is special
So I’m just asking politely if you’d just try and be careful with yourself [Chorus]
Ah, ah
Ah, ah [Verse 3]
Please make sure you have got a little savings
We have to try to be prepared for things changing
I’ll keep the car in the drivе, if you maintain the house
Let’s keep all our doctors appointmеnts, give voice to our doubts [Chorus]
Ah, ah
Ah, ah [Verse 4]
From now on, in you I put all my trust
Now that I know there’s nobody coming to save us