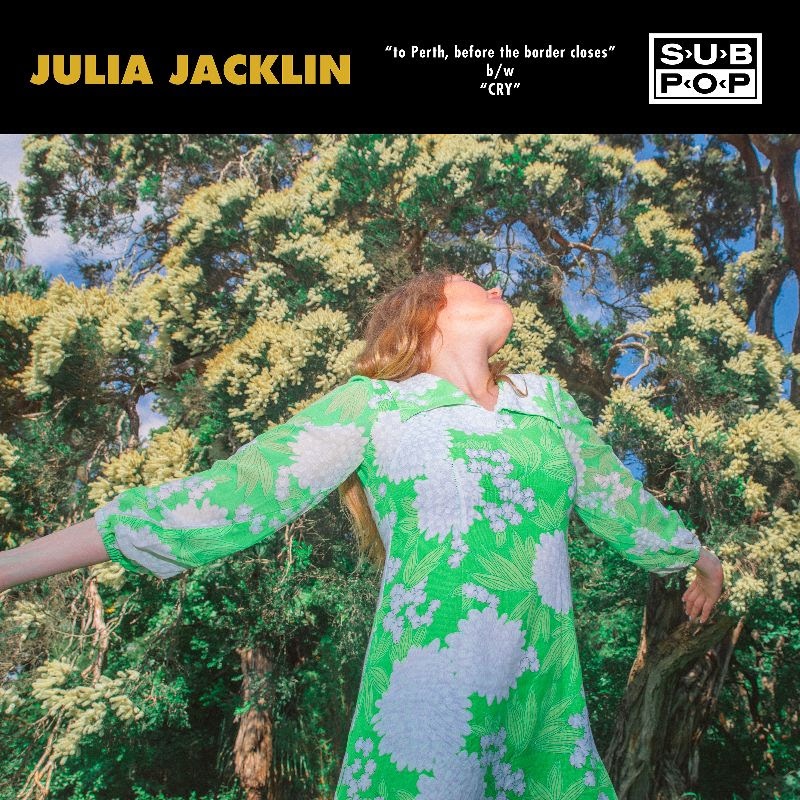 One of our favourites, the Australian singer-songwriter Julia Jacklin has followed up her excellent second album Crushing with two new songs released as part of volume 5 of the Sub Pop Singles Club.

The two songs are ‘to Perth, before the border closes’, and ‘Cry’.

Speaking of the A-side, Jacklin says:

I’ve moved around a lot the last 5 years; chasing things, love, work, something new, whatever and there’s always this fear that I’m leaving good things behind just to go somewhere else and be lonely. Whispering “everything changes” to myself helps get me to sleep at night. I started writing this song in Melbourne and finished it in Perth. It was like a little song bridge between the two cities to make the change easier.”

Jacklin recorded the 7” with old friend and Perth producer Ryan Brennan, who was the first person she ever recorded with 9 years ago when the pair were housemates.

Sprints have imposter syndrome on the Girl Band-channelling ‘Drones’