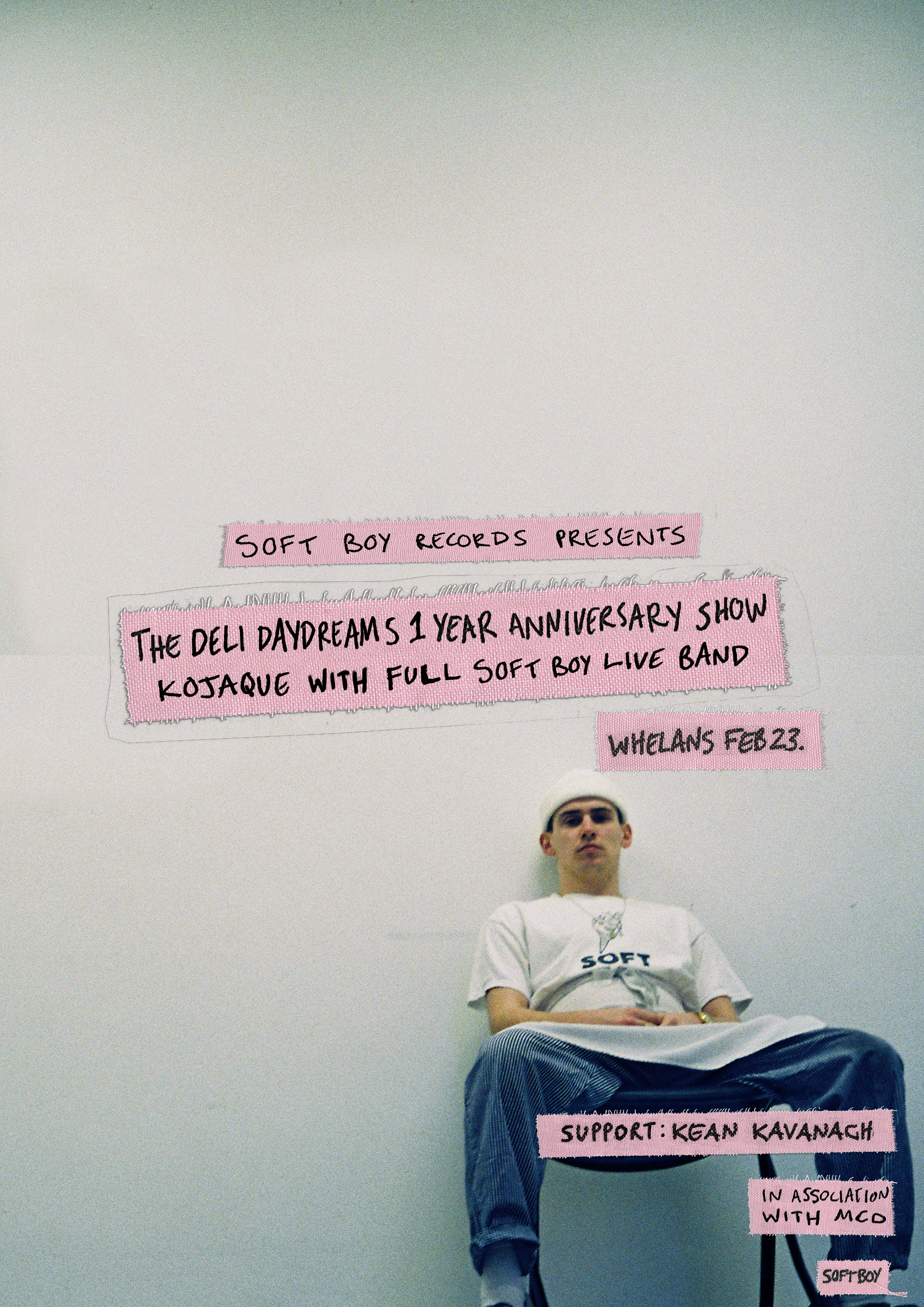 Such is the impression that Kevin Smith aka Kojaque has made on the Irish music scene with the release of his Deli Daydreams album themed on a day in the life of a deli worker, with Choice Prize nomination and much acclaim (and our #1 Irish album of the year 2018), that Soft Boy Records and MCD are putting on a year anniversary show to mark the release of the album.

The gig in Whelan’s on Saturday February 23rd will feature a full live band and tickets are €21 on sale this Monday at 9am from Ticketmaster. Support from Soft Boy DJs. 18s+.

A Kojaque live show is a must-see tbh.

Kojaque and Kean Kavanagh have a new song with Matt Finnegan on the upcoming Gangster Doodles compilation.

6 gigs & clubs to see in Limerick city this week