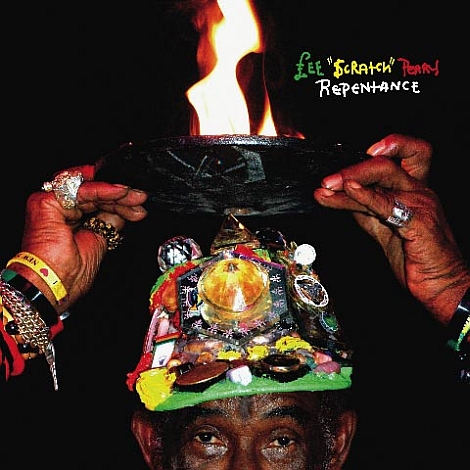 YES 45 ALBUMS STRONG. Repentance is the reggae legend’s latest album, strangely produced by Andrew WK who met him at SXSW in 2006. Naturally, the two hit it off and made the album which features Moby, producer Don Fleming, bassist Josh Werner of Matisyahu, drummer Brian Chippendale of Lightning Bolt, and “adult entertainer” Sasha Grey. Sounds totally weird.

Listen to ‘Pum, Pum’ his club tune which my colleague just remarked sounds like a Flight of the Conchords style parody. It’s not. Just don’t watch the video though as it’s rather embarassing to watch an 72 year old man like Lee in 50 Cent video mode and also slightly offensive.

It was a religious experience..