Returning for a second year in 2017, Cork multimedia collective Generic People resume their curatorial duties at Electric Picnic’s Hazel Wood stage for its After Dark programme, running throughout the weekend of the festival, September 1st-3rd.

Establishing itself as the festival’s spot for eclectic entertainment during the day, the Hazel Wood leads festival-goers away from the usual madness, with interactive theatre and performance art at the fore. At night, it becomes an audiovisual experience, augmented by incandescent visuals & lighting.

Following on from last year’s debut excursion, the stage features a wide and varied selection of Irish artists, with the lineup unveiled exclusively below. 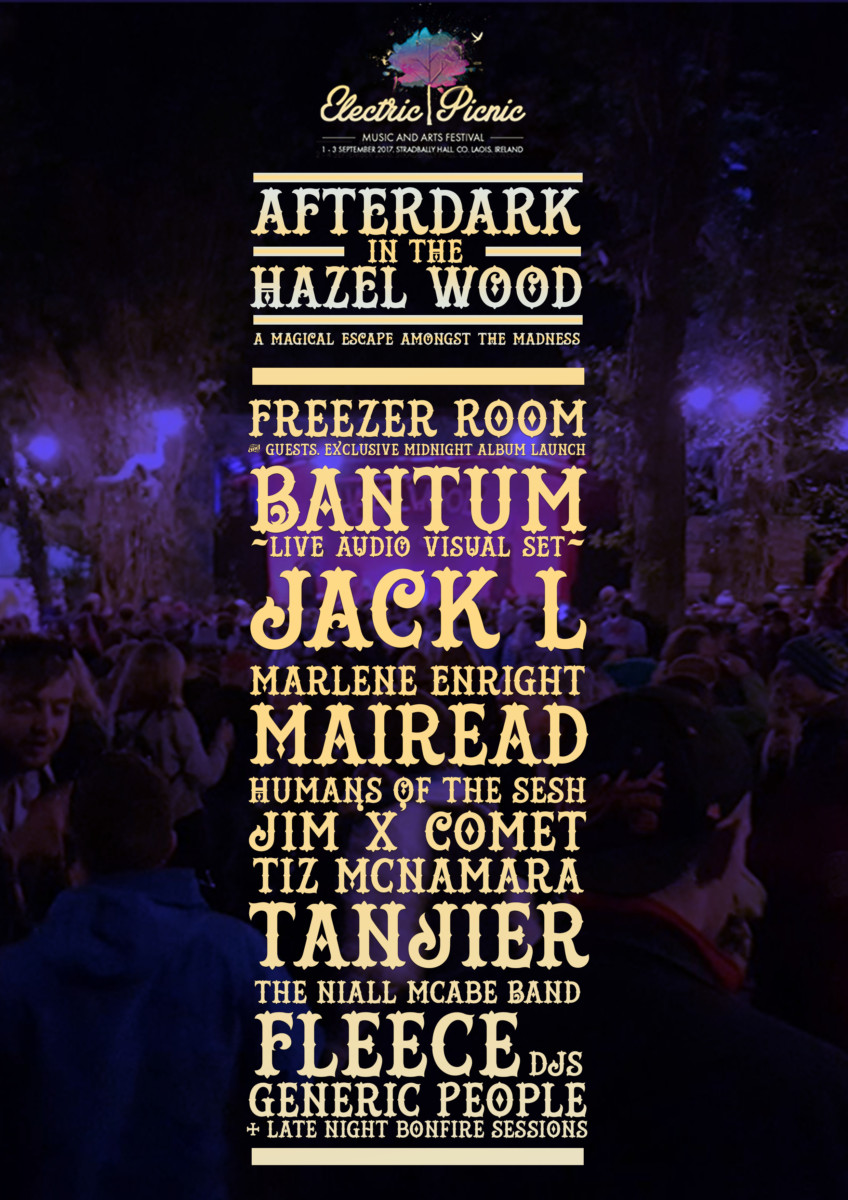 Meanwhile, manning the wheels of mechanised steel: the living embodiment of low-budget excess, Humans Of The Sesh, as part of a theatrical presentation; Cork house collective Fleece; and stage curators Generic People. In addition to all of this, the stage will feature intimate fireside sessions with a selection of artists throughout the weekend.

A special preview of proceedings, alongside the official audiovisual lineup announcement, is available in the video above. For more info on Generic People, click here.

Arcade Fire announce UK and Irish In The Round shows