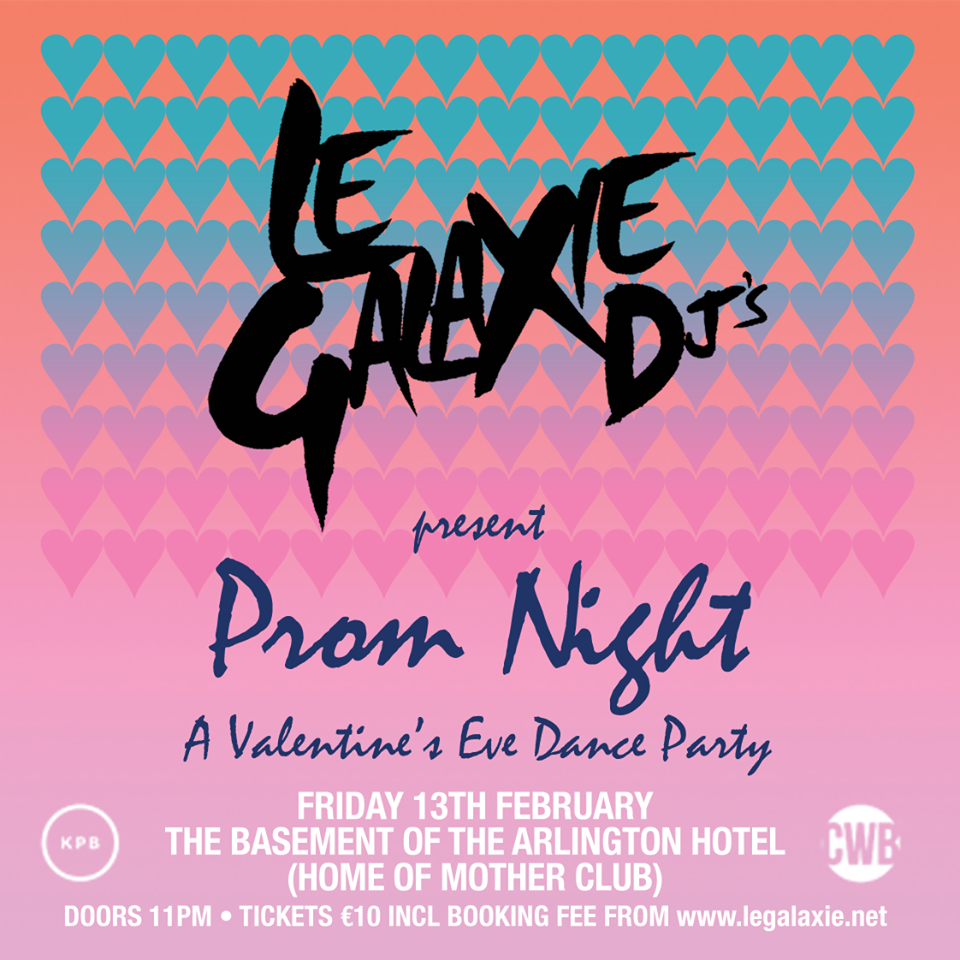 
Next week, Le Galaxie are putting on Prom night on Friday February 13th, A Valentine’s Eve Dance Party in the home of Mother’s club in Copper Alley.

The band, who recently signed a deal with Universal Music Ireland and who have their new album Le Club coming in April have dropped a fun mix to preview the fun that will be had and it features MJ, Vanilla Ice, Cajmere and more.

Tickets are €10 for the night but I have a couple of pairs of freebies for it. Email [email protected] to win some before Thursday at 2pm.

Listen to Jamie xx’s In Colour mix for Annie Mac