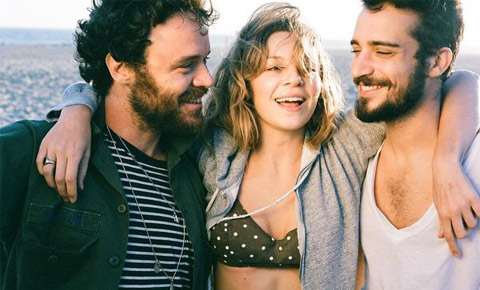 The best album I’ve heard in the last month or so is easily the just-released eponymous album by Little Joy. The band are notable for being a new project by the drummer of The Strokes, Fabrizio Moretti. Although he only provides backing vocals to main singer Rodrigo Amarant and more sporadically Binki Shapiro, the stamp of The Strokes is all over it, albeit a mostly acoustic one. It sounds like it was recorded in Hawaii such is the breezy, carefree tone of the music. It was recorded in LA as it turns out, still polar opposite to Moretti’s normal New York home. The band is named after a cocktail lounge just down the street from the place they recorded the album.

Little Joy is an apt moniker for a 11 songs and 31 minute LP of understated and winsome beauty. It was pretty hard to pick ANY two songs of the record to post here so I picked two at random:

Listen to the whole album on Myspace.

The album is out now on Rough Trade / Beggars now.