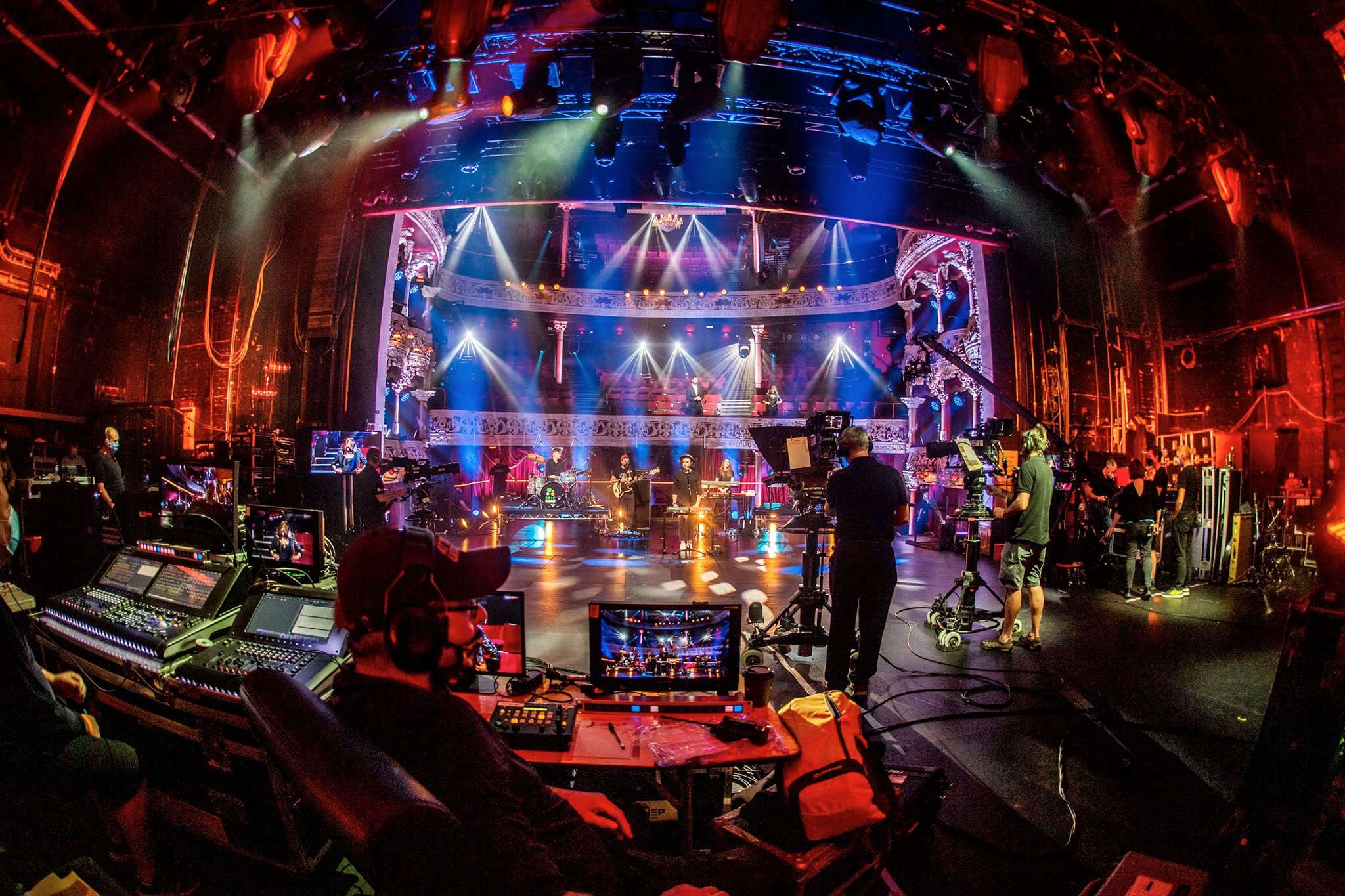 Over the weekend, the Songs From An Empty Room TV broadcast event showcased 20 artists across 5 venues in Ireland with the expressed purpose of highlighting those at the frontline of the backline who are suffering the most in the music industry, from equipment hire companies to event production, management, festivals, venue owners, rigging, lighting, on-stage and backstage crew and everything in between.

Those watching the programme on RTÉ were asked to donate via the website or by texting SONGS to 50300 (a €4 donation). It was a noble and vital thing to see our national broadcaster supporting, U2 donating €200,000 and the public supporting, but, we need much more than that if the live music industry is to return to anything like normality over the coming years, and it can’t be reliant on the public, it has to come from the government.

While the extension of the Pandemic Unemployment Payment and Employment Wage Support Scheme extending into 2021 as per last week’s July Stimulus package are welcome (no doubt helped by the recent Oireachtas Committee on arts and entertainment), there are already cracks appearing in these supports with the addition of a jobseeking criteria and plans to reduce the payment rates to jobseeker’s levels over time, which will only accelerate skilled workers in industries like the live music sector having to leave it.

Meanwhile, junior ministers are approved an extra €16,000 a year, not to mention the Dáil is taking a six-week break from Thursday after 140 days in which it could not convene due to COVID-19 and government negotiations. Topups for the boys and cuts for the regular folk, same as it ever was.

Dear @MichealMartinTD , i am NOT a jobseeker. I am NOT on jobseekers allowance. I'm on a covid payment. I'm a night-club promoter and highly skilled freelance event worker. I'm NOT available for work because you have closed my business down, and for good reason, and I'm fine with

All the while, there remains a very real threat to the venues, operators and many people who work in the live music industry.

As was noted in the Songs From An Empty Room broadcast, live music, along with clubbing, theatre, comedy, arts spaces, museums and any public performances were the first to be affected by the pandemic and will be the last to be re-opened.

While some venues around the country have started to reopen (The Kino in Cork hosted a reduced capacity Junior Brother shows over the weekend) and others are planning on re-opening (Whelan’s currently plans to re-open on August 10th with only seated shows), the reality remains that operating at such reduced numbers and restrictions in place will mean that venues, promoters, artists and performers are not able to work with the same levels of revenue as pre-COVID times.

The Drive-In shows with Gavin James and Aslan playing outdoor venues around Ireland were cancelled after selling out and it’s still not quite clear why a gathering of people in cars socially distant is disallowed while contact sports, churches and pubs are currently allowed.

On Saturday, Dowden confirmed that £2.25 million of that funding will be directly used to save up to 150 grassroots venues across the UK from insolvency.

This package of support will be administered by Arts Council England (ACE) and will target music venues, including a number identified by the Music Venues Trust, that are at severe risk of insolvency. The funding will provide grants of up to £80,000 to help venues survive the next few months.

The funding will be used to cover essential on-going costs for venues including rent, utilities, maintenance contracts and other bills.

“Without our grassroots music venues, we wouldn’t have The Beatles, Adele or Elton John. Nearly all of our globally successful music stars started out at UK clubs and live music venues,” said Dowden in a statement accompanying the announcement.

In Ireland, the power and importance of the arts has been noted by politicians with regularity and while there has been some funds to address the needs of artists and arts organisations via the Arts Council with the National Campaign For The Arts noting that 6 of the 13 things they asked for have been delivered.

Yet, the backline workers and venue operators still need to be supported and are largely not represented by the grants and funds given to Culture Ireland and Arts Council.

That is why organisations like EPIC (Event Production Industry Covid Working Group), the  Association of Irish Stage Technicians (AIST)  and Event Industry Association of Ireland have been asking for additional supports.

As Shane Dunne said in our podcast interview last week (hear it in full below):

The live music industry is largely a commercial sector that has never had to ask for support but now it is severely restricted and it still needs to be addressed by the government so that we don’t lose our venues and cultural spaces.

Politicians and public representations are quick to namecheck Irish artists to identify Ireland’s cultural cachet around the world and the acknowledge the necessity of arts and culture to our wellbeing. The UK Culture Secretary has recognised the value of grassroots UK venues, will our new minister for Media, Tourism, Arts, Culture, Sport and the Gaeltacht Catherine Martin recognise the same?

The Songs From An Empty Room broadcast highlighted the problem, and if we’re to ensure that those venues don’t stay empty we may have to shout a whole lot louder in the coming weeks, not months, before it is too late, and those rooms stay empty forever.