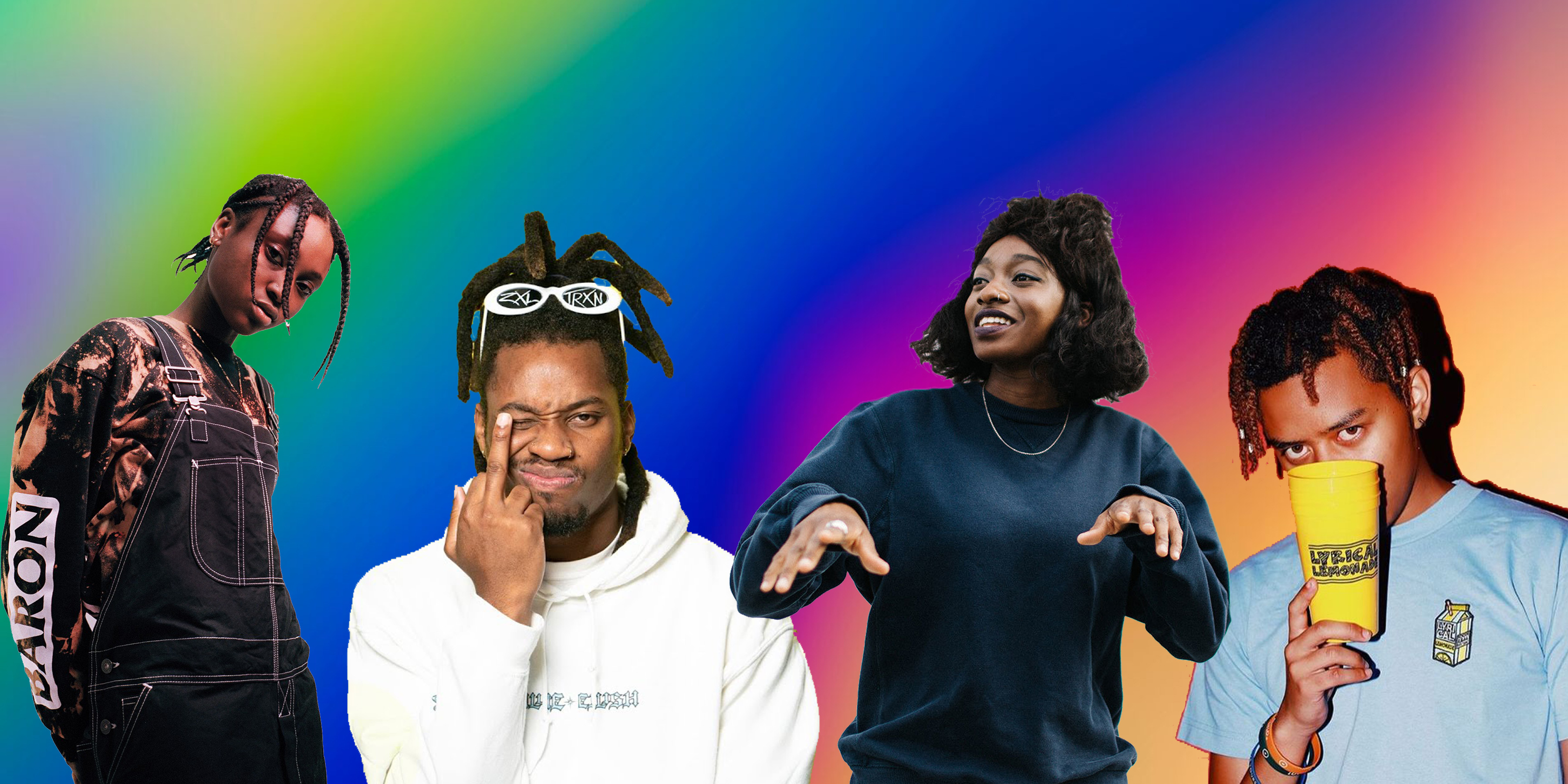 Longitude Festival has well established itself as the destination for hip-hop fans every summer and this year is no different. With a line-up catering to tastes from all over the hip-hop spectrum, there’s something for every rap fan. Grime, trap, emo-rap, lo-fi hip-hop, old school and everything in between is represented this year and the line-up is an accurate screenshot of what hip-hop means in 2019.

Here are 10 bands and artists (in no particular order) to catch at the festival.

One of music’s new political voices, 29-year-old Baltimore hip-hop artist and producer JPEGMAFIA is a quickly rising figure in the genre. His 2018 sophomore album Veteran blew audiences out of the water with its irreverent and often obnoxiously phrased political and social takes. JPEGMAFIA’s sound melds together the choppy lo-fi production of the emo-rap wave with the type of high octane kinetic energy that can be found in Baltimore club. A recent collaboration with Flume suggests JPEGMAFIA is on the verge of much wider success so grab your chance to see him at the Elevation Stage on Saturday evening before he blows up. 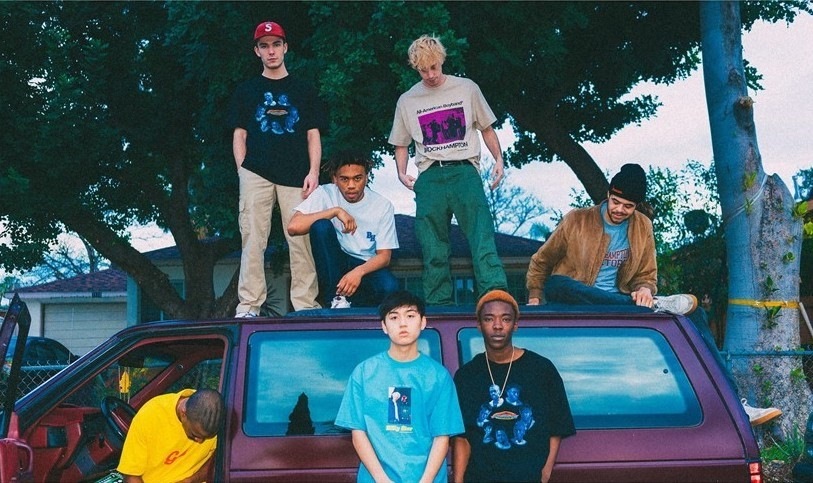 The world’s greatest boyband are growing in popularity at an exponential rate. The small mob of rappers, producers, designers and artists fronted by the exceedingly charismatic Kevin Abstract have left a major mark on hip-hop fans worldwide having released five albums in just the last three years. With a back catalogue dabbling in hip-hop, electronic and straight-up pop music, a Brockhampton show has something for everyone and it’s all presented under a super co-ordinated 90s boyband sheen. 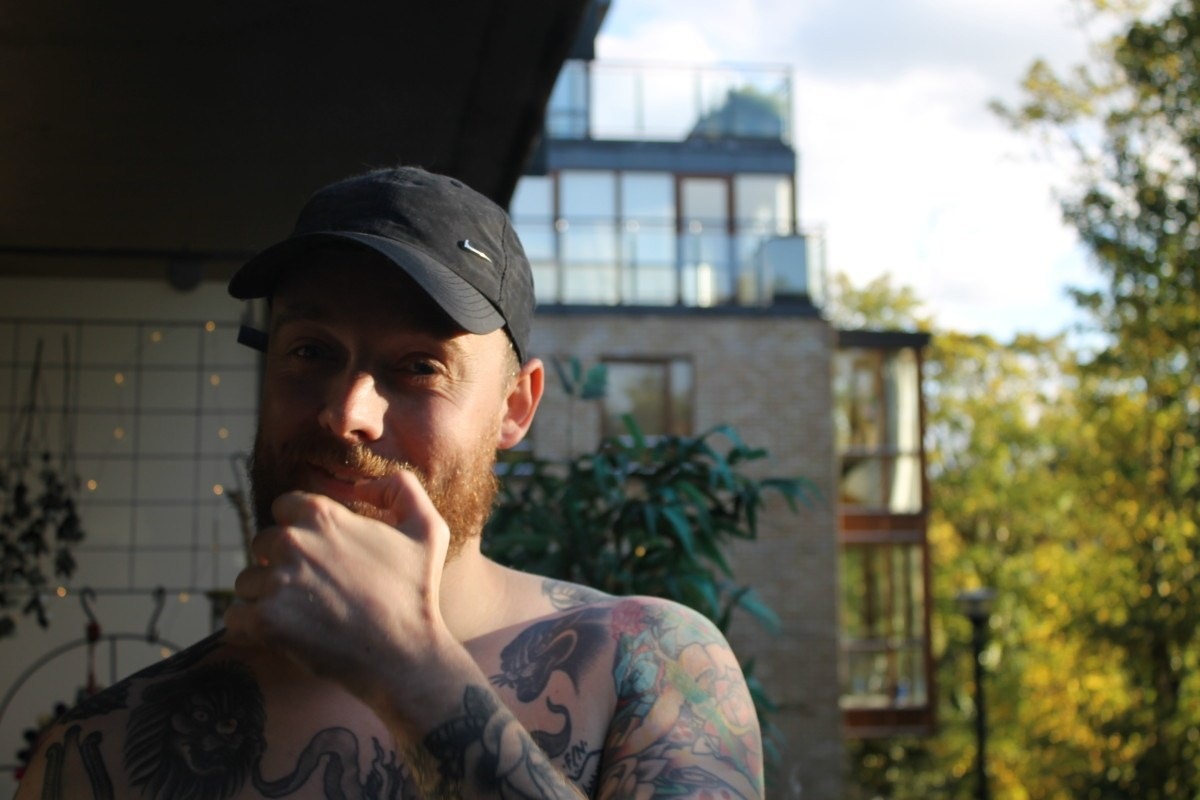 Dublin hardcore kid turned rapper, Nealo, has been making waves in the Irish hip-hop scene over the last year. 2018’s October Year EP and recent singles ‘Just My Luck’ and ‘Questions’ have introduced the scene to Nealo’s wordy story-telling and introspective mellow beats. With an upcoming headline show at The Grand Social, Nealo is moving to the forefront of the growing hip-hop movement so get to the Heineken Stage early on Saturday for a chilled out set from one of Ireland’s best new artists. 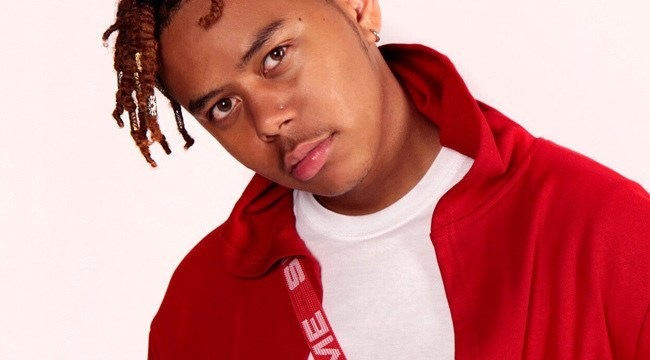 YBN Cordae is certainly one of hip-hop’s 2019 hype acts. The 21-year-old Maryland rapper has burst out from the YBN family in a year that has seen him earn a coveted spot on the XXL Freshman Class of 2019 (you can read about our Freshman Class picks here), a recent collaboration with Chance The Rapper and a place on Spiderman: Into The Spiderverse OST.

YBN Cordae’s sound strays away from the dominant Soundcloud trap characteristics that are dominating the scene with a more verbose, mellow vibe harking back to old school hip-hop and the work of former collaborative partner Chance The Rapper. He has just announced his debut album, The Lost Boy and hopefully, his Heineken stage set will unveil some unreleased material. 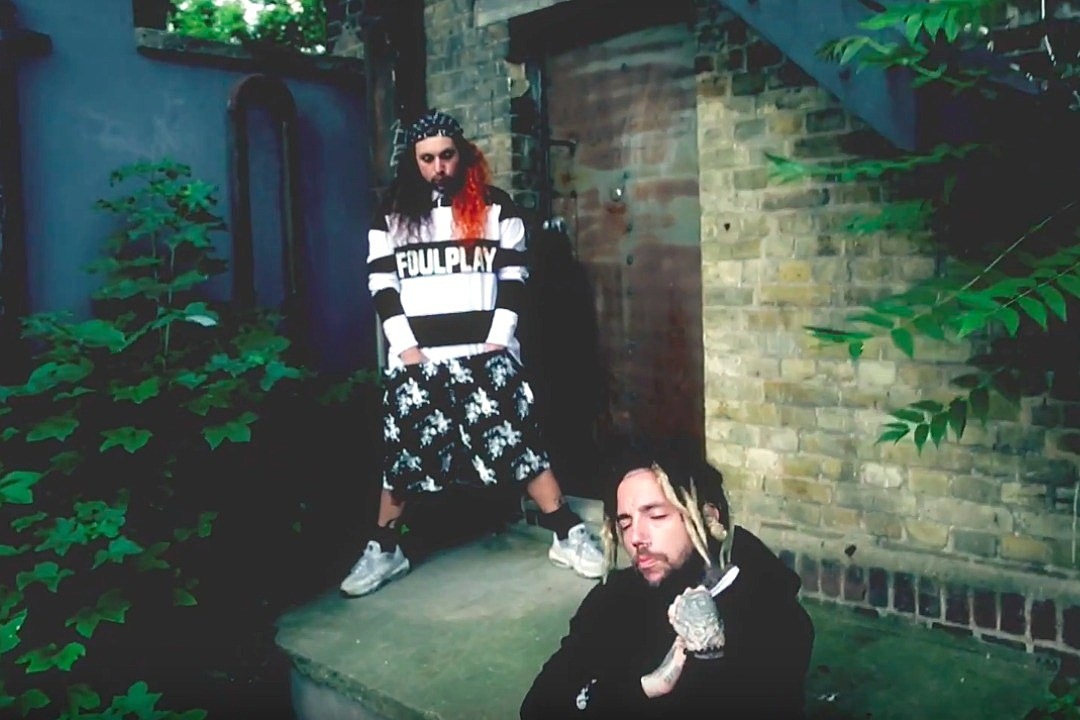 If it hasn’t been your day or you’re looking to exorcise some of your teenage demons at Longitude, make it down to $uicideboy$ for what’s going to be the most ferocious mosh pit of the weekend at the Heineken stage. 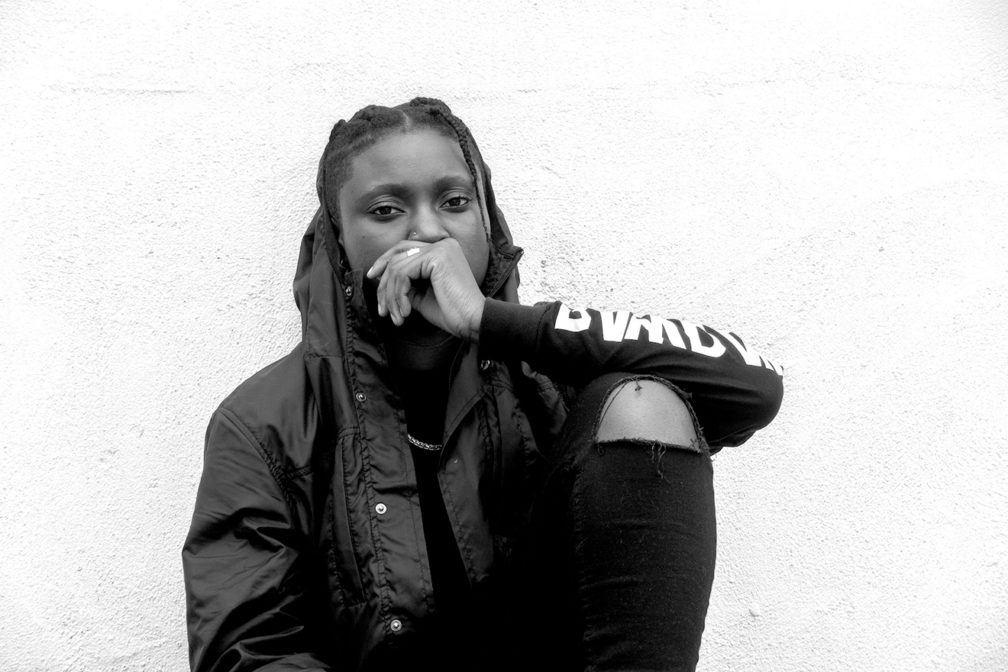 South London MC Flohio already has fans in high places – supermodel Naomi Campbell declared her one of 10 women changing our future in Vogue – and it’s easy to see why. Breathing fresh air into the British rap scene, Flohio works within the realms of grime and trap with regular nods to club music. Her new single ‘Hell Bent’ sounds urgent and confident and is only a taster of what’s to come. Flohio’s political awareness and desire to use her platform for change makes for an important and much needed new face and her bars make for one of the most promising artists on this line-up. Catch her on Friday at the Elevation Stage.

One of the more left-field hip-hop acts on the Longitude line up this year, Denzel Curry arrives on the back of the most successful year of his career so far. May’s ZUU release alternates between accessible trap anthems and some of the heaviest rap tracks of the year (see closing track ‘P.A.T’ for the most intense experience you’ll have all day) and that combination makes for an exhilarating and unpredictable artist. Get ready for a Saturday afternoon riot on the Main Stage. 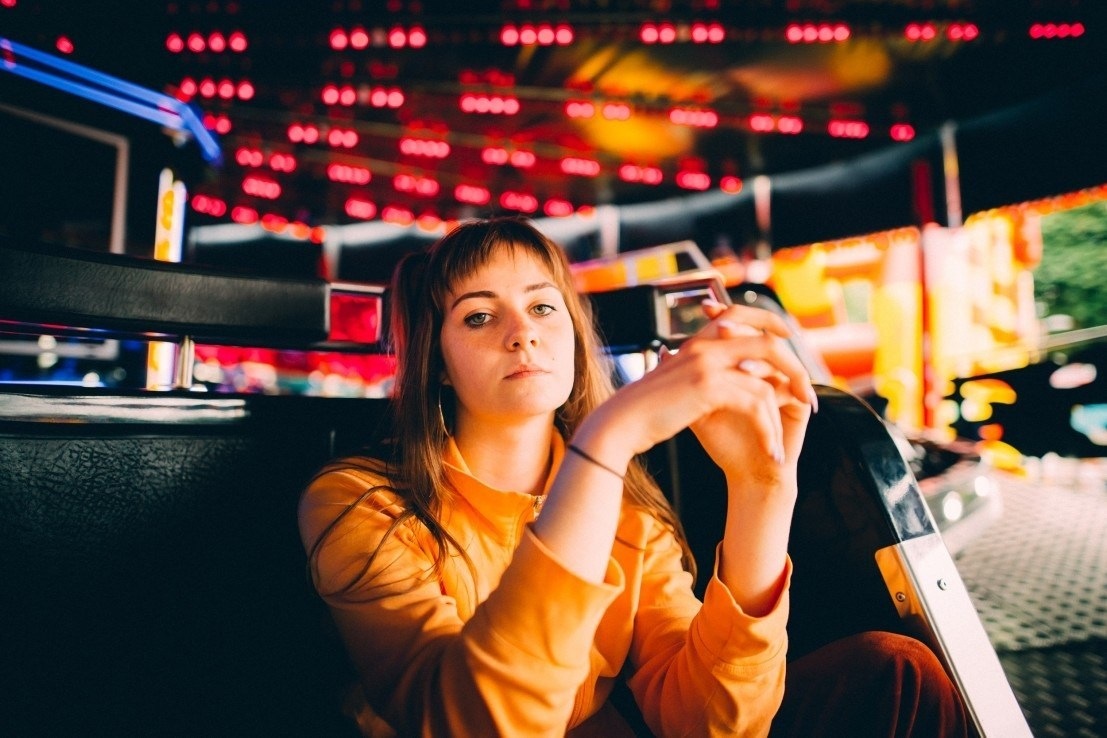 London based Irish rapper Biig Piig has been doing major numbers online with her jazzy, lo-fi hip hop. With a distinctly buttery voice and understated but effective production, Biig Piig oozes cool. Her laidback delivery and quiet moments are in huge contrast with much of this year’s Longitude line-up but her set at the Elevation Stage will offer a much-needed reprieve to show that not all hip-hop has to be high tempo. Check out our recent interview with her.

London bedroom pop meets hip-hop artist Jimothy is a musical oddity. With a tongue-in-cheek approach to hip-hop, Jimothy is the antithesis of the London grime scene writing wistful songs about potential monogamy, feeling fashionable and avoiding chasing clout. At times reminiscent of PC Music, if played through an 8 track cassette, Jimothy’s sound is unique and intriguing and is set to be heaps of fun live during his show at the Elevation Stage.

25-year-old London artist Little Simz writes conscious songs to groove to. Her ever-expanding rap sound incorporates elements of jazz, soul and electronic to build an eclectic soundscape that never gets boring. Her 2019 album Grey Area saw chart success in the UK and critical praise across the board thanks to its blend of lyrical relatability and musical experimentation and there’s no question that Little Simz’ live show at the Heineken stage will be an intriguing showcase of her dynamic sound.