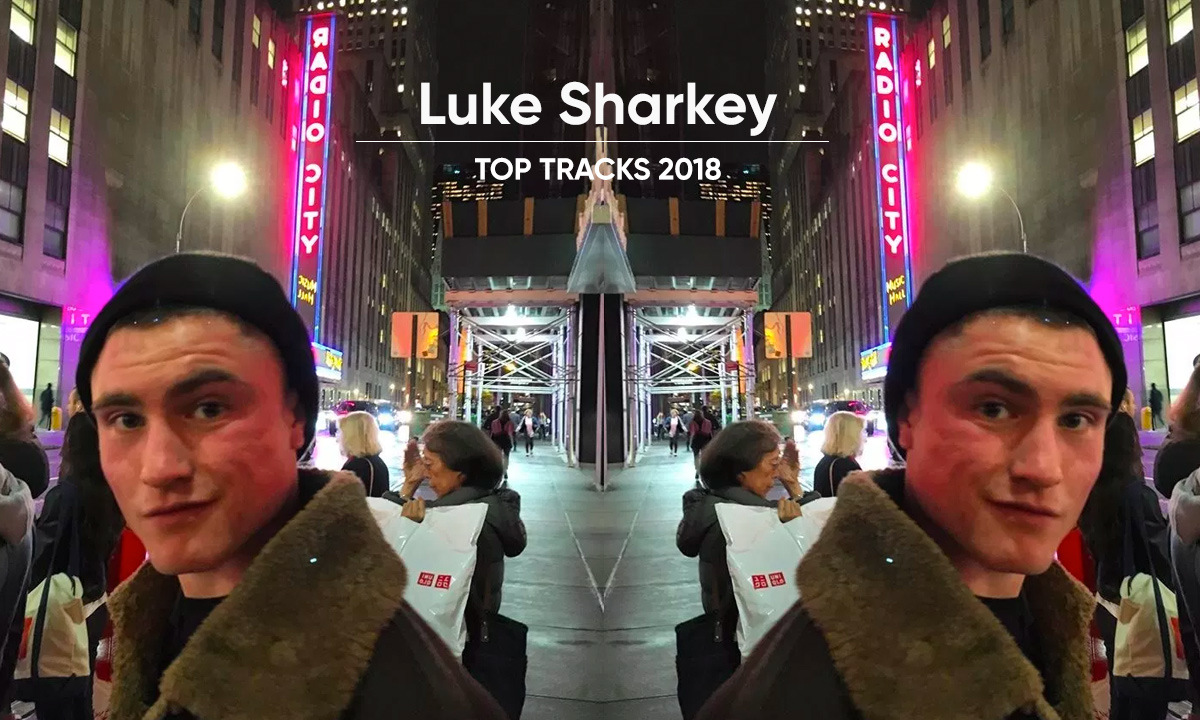 Swedish duo First Aid Kit released some of my favourite folk music of 2018 in their latest LP Ruins. I adore its title track for its warm vocal harmonies, sweet lyricism and for the fact that it channels an artist like Alisson Krauss so well.

A young Irish MC and producer who earned hours of listening on my Spotify account, Why-Axis’s ‘Airplane Mode’ is studious and reflective while retaining the bravado and cool which accompanies a young MC with plenty of talent. It’s very easy to imagine a wide audience loving this track.

I absolutely fell for Superorganism’s joyous brand of indie music when I first heard it and I haven’t looked back since. Often bands with such a strong focus on vibe and image can fall a bit short on the substance front, thankfully this is not the case for Superorganism. ‘SPPORGNSM’ is the perfect introduction to the group.

You Let My Tyres Down

‘You Let Me Tyres’ is a bit of a musical oddity. The Australian noise-rock group thoroughly caught my attention with their gnarled guitar lines and surrealistic lyricism. Repeated listens have offered a greater depth in songwriting to the track. Somehow, amidst the chaos of feedback and cymbal splashes, ‘You Let My Tyres’ retains an oddly catchy motif here and there.

A personal favourite from Daytona, an album I played to death throughout the course of the year. Pusha comes through with his signature swagger, talking on his transition from drug pusher to label executive. Ok but what about Ye’s production? The track jumps from sample to sample, like a conversation skipping between 2 or 3 languages. Totally different sounds united under Ye’s musical genius.

Stockholm punks Viagra Boys’ ‘Sports’ is a statement. A missile propelled message of dissatisfaction. What exactly the group are unhappy about remains unclear, even after many repeated listens. Something to do with short shorts and people who buy things off the internet. It’s golden either way. With all the aggression of hardcore punk and the cool of LCD’s disco punk.

Bridges told me he was super inspired by William DeVaughan’s ‘Be Thankful For What You Got’ when reimaging his diamond love track ‘Beyond’. I’ve always thought comparisons to yacht rock groups like Tame Impala and the Moses Gun Collective were closer to the point. Then again, he did write the track.

There’s so much to love about Drake’s ‘Nice For What’. Whether it’s the infectious soul sample chopped up in the background, the perfectly tuned hi-hat pattern or the fact that for once, Drake appears to be writing something positive about women. It’s the perfect example of just how high a calibre of pop song the world’s most popular artist can produce when he and his team put their mind to it.

2018 has been such a strong year for Roísin Murphy. We’ve been gifted with four whole double singles from the Irish native electro artist. ‘World’s Crazy’ is my personal favourite but none of them are bad choices. Built around an angular bassline, seemingly analogue, the track is both funk and house in equal parts. Murphy’s own half whispered half sung vocals are what launch the track’s quality into the stratosphere. “And please don’t wake me /I could sleep one hundred years/ Do not disturb me” is among my favourite lyrics of the year.

The dancefloor filler of the year is always tightly contested. For me, Koze’s ‘Pick Up’ comes in first, despite a close second (you know the track). It’s a dreamy modern interpretation of a disco cut. Full of surprising nuances and moments of genius that still catch me out to this day.