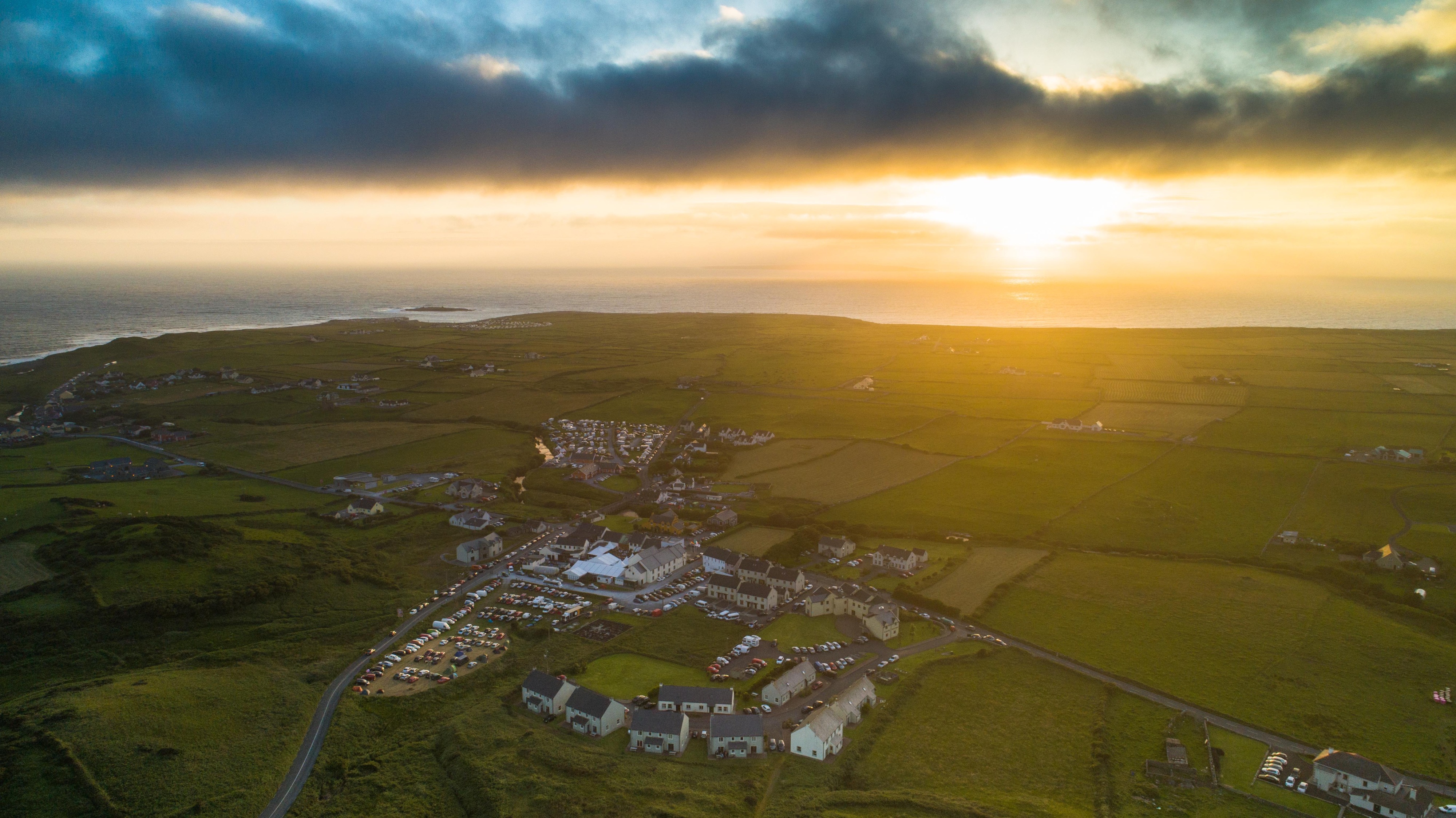 The festival is organised by musician Simon O’Reilly and Peter O’Brien of Happenings, the latter who is a part of the Another Love Story team –  my best festival experience this year, and the winner of Best Small Festival at the IMRO Awards this year.

Music Minds is not a music festival though, it boasts a unique format aimed at inspiring musicians and fans alike through technology with a blend of live performances, workshops and networking events taking place throughout the day. 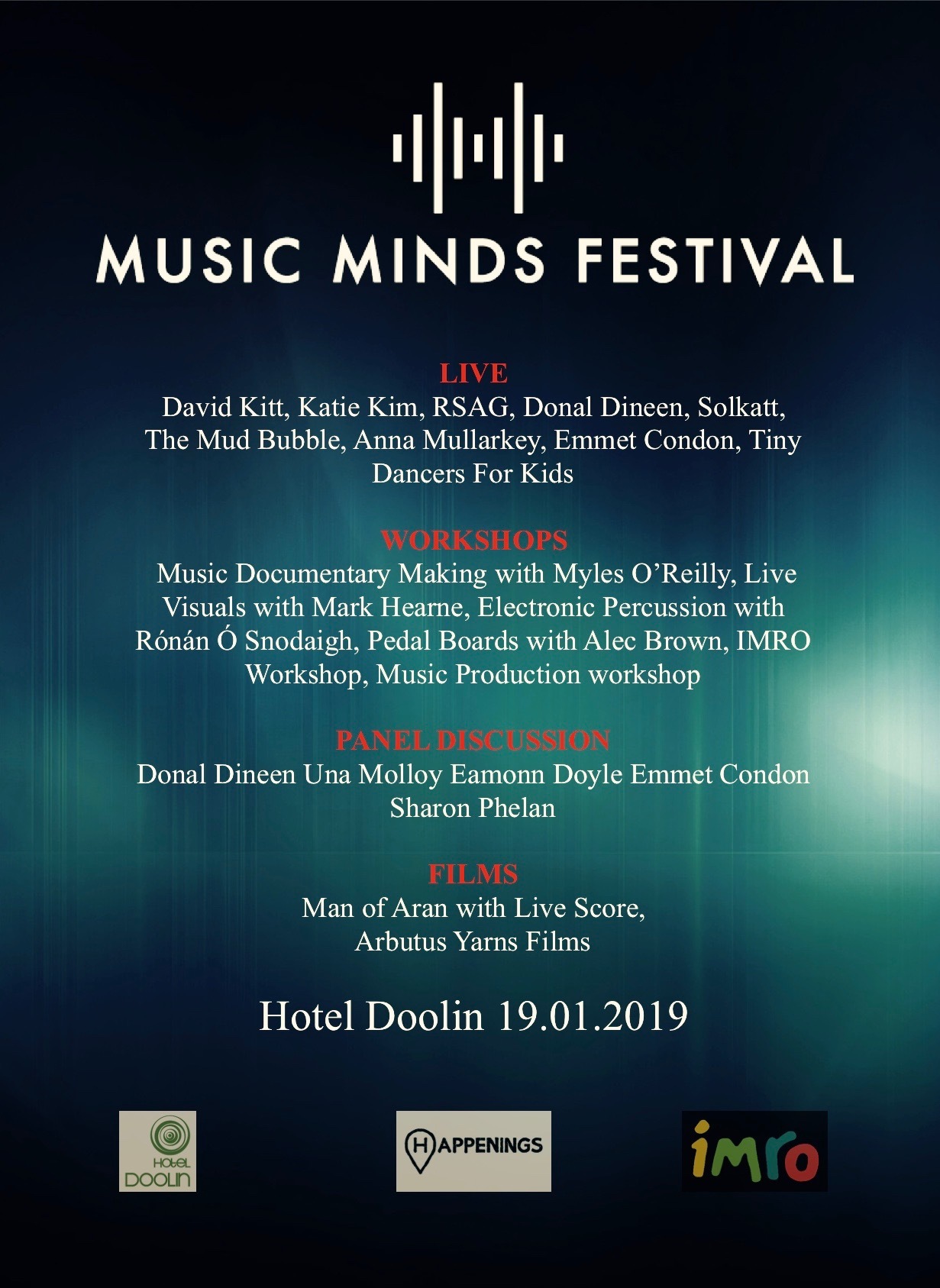 We caught up with Simon and Peter to chat through the nitty-gritty of festival’s origins.

“Music Minds came about because Simon was frustrated by the usual challenge faced by every original leftfield musician in Ireland, not being able to book a venue without playing covers,” says O’Reilly. “So I hired a cultural centre / art gallery and we filled it in the middle of January for a night of multi-genre contemporary music. I woke up the next day with a eureka moment of running a festival. After watching the success of Other Voices in Dingle and The Red Bull Music Academy I thought it would be great to try and combine the two into an event in the west so I asked Peter, a long time friend, would he work with me on it and we have brought it to life.” 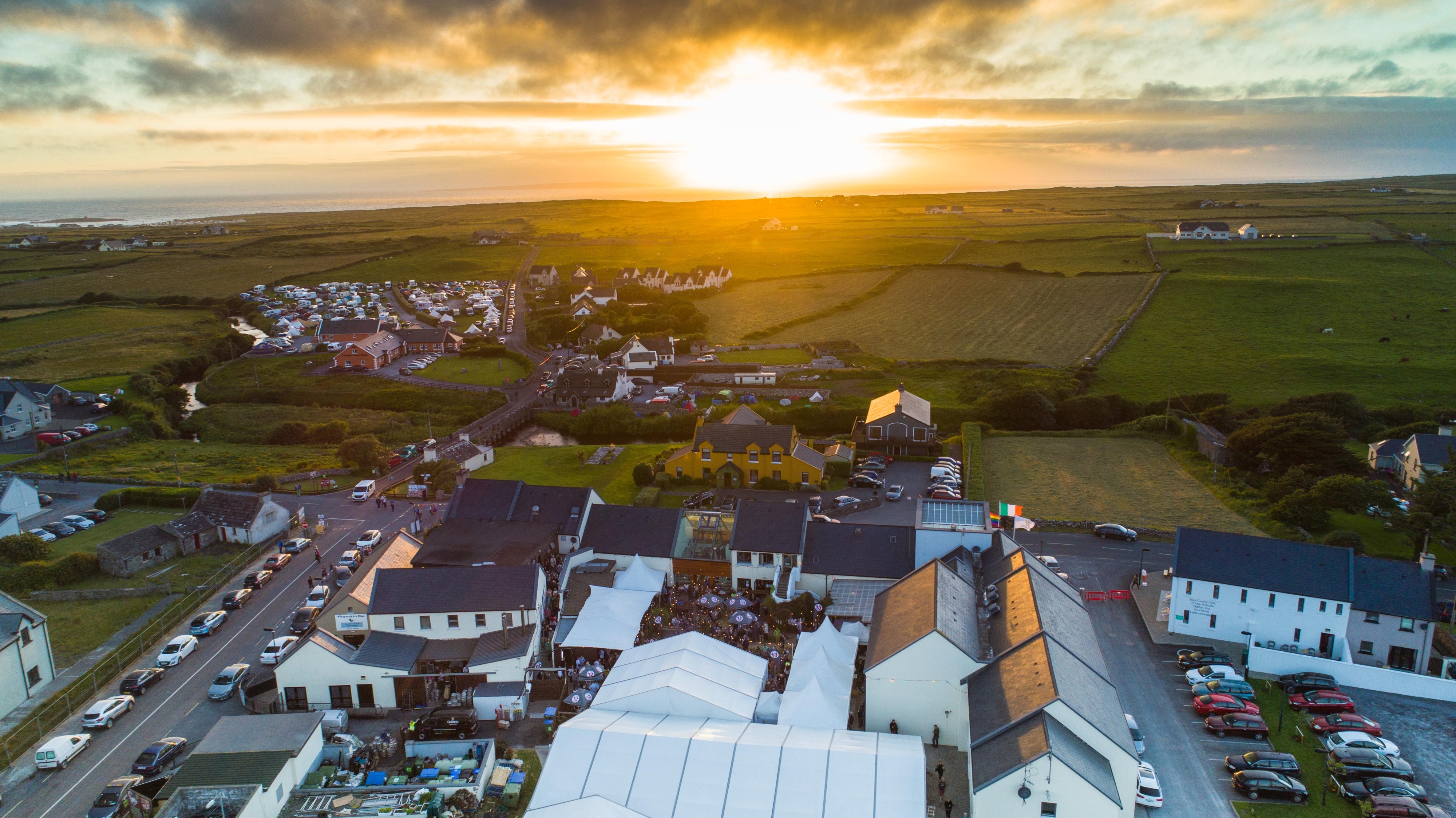 The setting is certainly key to the festival’s identity. While the West may not immediately come to mind when thinking of innovative music technology, the festival’s organisers make a compelling argument as to why it’s the ideal location.

“Doolin is an amazing place that was at the heart of the traditional Irish boom of the ’70s, It’s very inspirational being within walking distance to The Cliffs of Moher. We also wanted to portray the West of Ireland in a different light to the usual image that is out there, we see countries like Iceland appear so musically progressive internationally and Ireland can appear very clichéd and regressive. We also feel for artists and music lovers this place, at this time of year will bring great inspiration for their year to come, with the ability to grow into the town over the years.”

“We also wanted to portray the West of Ireland in a different light to the usual image that is out there, we see countries like Iceland appear so musically progressive internationally and Ireland can appear very cliched and regressive.”

With acts like David Kitt and Anna Mullarkey billed to appear on the live performance end of things and people like Eamonn Doyle and Donal Dineen set to take part in the various panel discussions, there’s clearly been a lot of thought put into providing a well rounded and diverse range of spokespeople with experience in music and technology. The organisers confirmed as much, stating “The first thing we thought about was the lineup, we wanted to have a diverse range of Musical Minds who are both seasoned artists, promoters and academics coupled with new and up and coming talent.”

Also receiving plenty of thought is the very reasonably priced ticket, which for the full festival experience is priced at €35+. On this, the organisers explained “Yes, affordability is key to opening this up to a wide range of people, artists are often broke as are a lot of people who may want to come to this. Festivals and live music are very expensive to produce, the hotel have been very helpful on costs and all our artists get the vibe of what we are trying to do. We have some support from IMRO, but all in all we are launching something making that happen in a really great way for everyone to benefit.”

Everyone does benefit. Music Minds is designed to cater for not only musicians of all levels, but listeners too. Delving deeper into why the festival might benefit the latter the organisers ardently believe “the division between artist and audience has never been so close, people are so used to using tech nowadays that people have a greater interest in how things are made, and a greater knowledge of how to learn how these technologies work.”

“The division between artist and audience has never been so close”

“The workshops we have lined up are structured in a way that a serious geek can get stuck in, or a person with a general interest in music or technology can enjoy hearing about a topic. I suppose a comparison is that you don’t need to be a scientist to enjoy Ted Talks.”

It’s hard to deny the merits of learning more about emerging technologies place in modern music, both for musicians and listeners. While plenty of information is on hand thanks to the internet, the organisers behind the festival believe there’s much to be said for a face-to-face learning environment.

“A big part of Music Minds is to get musicians and professionals together who are working in the industry when they are not busy. We have great people in our lineup, workshops and panel and all year long they are generally chasing their tails putting on events, gigs, festivals etc. So we thought it would be a great opportunity to have a festival at this time of year in people’s down time, to take stock and learn, whilst not under pressure. The access to this information and tech is great, but in this environment we hope to really inspire people about its potential. The bottom line is a focussed gathering coupled with the right people, place and timing can bring great inspiration.”

The lineup for the festival is as follows

For further event details, check out the festival’s event page. Ticket’s for the festival, with full priced at €35+, are available here.

Watch a promo video for the festival below.