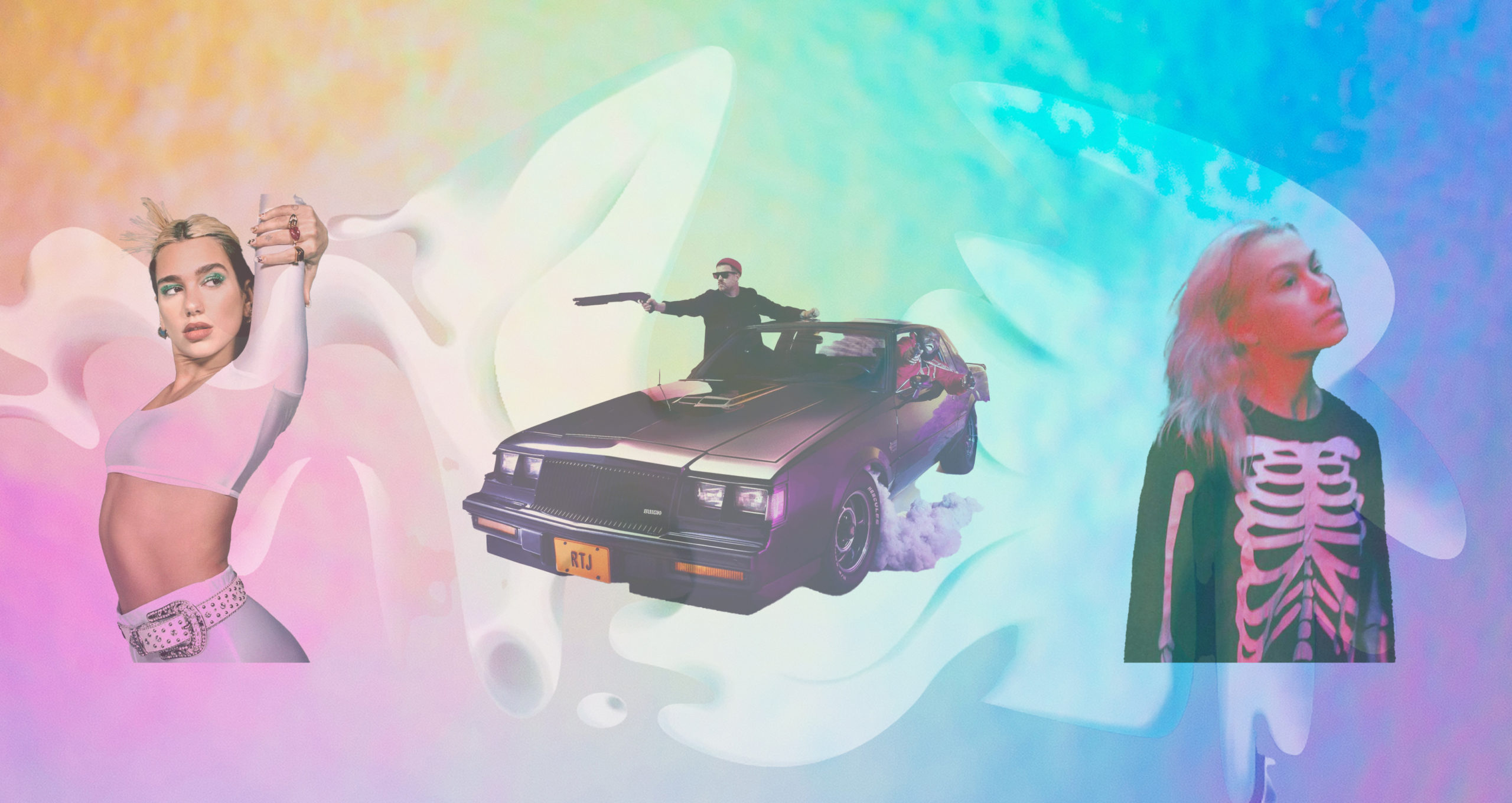 Róisín Murphy’s fifth full-length solo album has a completist sense about it, as all of the tracks were made with the producer Richard Barratt aka Crooked Man / DJ Parrot and some stretch back to 2011.

It’s not an album of absolute bangers that offer big drops or climaxes but it is a smart and artful collection of disco and house-rooted music delivered with Murphy’s inimitable magnetising vocals and words that allude to the smoke and mirror(balls) of hardship, flaws, relationships and desire.

The Dublin four-piece Pillow Queens (Pamela Connolly, Sarah Corcoran, Rachel Lyons and Cathy McGuinness) arrived in 2017 with charming and catchy indie rock songs and by In Waiting, made with producer Tommy McLaughlin in Donegal’s Attica Audio Studio, had found a level of anthemic warmth to wrap that charm in.

The ideal debut album holds in it the DNA of where a band came from and where they are going in one encapsulated snapshot of the present. In Waiting is a beaut of an album, which opens itself up with vulnerable songs about sibling support, grief, queer love and finding solace while getting tangled up in the grip of religious vernacular on Irish life.

“Hold up your hands, shoulders the weak.” Pillow Queens deliver it all with a heartfelt life-affirming and buzzy inclusivity.

The Asian-American house-pop producer Yaeji is one of my favourite new artists I’ve discovered in recent years. For her debut mixtape on XL, What We Drew puts her bilingual ambient hypnotics and club tracks into a long-player that benefitted from repeated returns (I was initially underwhelmed). The 12-track release is an absolute treat of imaginative production, ASMR vocals, big bops, guest raps, rumbling bass and some breaks for good measure all while addressing anxiety, desire and vulnerability. Yaeji sounds only like herself. Sad bangers ftw!

Canadian singer-songwriter Andy Shauf set the year alight early with The Neon Skyline, a sublime low-stakes concept album that carefully details the narrative beats of a single night out between two friends and some rather important supporting characters in a local bar. Shauf has labelled The Neon Skyline as an album “essentially about nothing”, but that’s not quite the truth. The question of how we recover from a particularly bitter and heartbreaking ending of a relationship is what’s up for discussion here.

The 25 year-old Los Angeles singer-songwriter follows up 2017’s Stranger In The Alps and her work with Julien Baker and Lucy Dacus as boygenius and with Conor Oberst as Better Oblivion Community Center, with a supremely confident second solo album. With lush and imaginative arrangements and songs that hold weight, dignity, authenticity, sincerity and gravitas, Punisher is a strong and confident album about being a person with ever present doubt in their lives.

If you need a laidback album for summer times, this Texan trio rarely disappoint.  Their albums have got better and better, built on a chilled jam band aesthetic of mostly instrumental psych rock and dub. There’s Lots more vocals this time around along with a more Latin flavour. There’s nothing life-changing about Mordechai but there doesn’t need to be when their music is so uplifting and transportive.

After a somewhat tired sounding third installment, the odds were stacked against Killer Mike and El-P’s Run The Jewels project to succeed. Rather than bounce back, the dynamic duo have found the rest of the world dragged into their dystopian worldview in recent years.

RTJ4 arrived weeks after the murder of George Floyd and the rise of the Black Lives Matter movement worldwide with a cacophony of anti-establishment sentiment, a bleak world view and a large dose of the pair’s cartoonish fugitive braggadocio.

RTJ4 slaps hard with some of the pair’s best and viscerally relevant work.

Nialler9 Podcast: Run The Jewels are the soundtrack to the trash fire of the world

SAULT, the anonymous UK duo (who appear to be made up of producer Inflo and vocalist Cleo Soul) released two albums from this year. UNTITLED (Black Is) released in June and Untitled (Rise) released in September are two sides of the same coin – a soul-searching treatise on being black in a year where Black Lives Matter was energised with intent.

Released on Juneteenth, Untitled (Black Is) is a gospel-style hymnal with contemplative streams of thought drawing on on dub, gospel, reggae, and funk, the album was an incredibly timely album that was an affirmation and treatise on black pain, resilience and identity, directly confronting police shootings, oppression and displacement with a warm front of heartful resistance and deeply-drawn black art. Michael Kiwanuka features on one track.

It’s a remarkable followup to a brilliant album mere weeks after its release. UNTITLED (Rise) that seeks temporary escape in music from a harsh world that it can rarely forget. ‘Uncomfortable’ lays it bare and direct – “why do you keep shooting us?”

In a year where escapism was a paramount and personal concern, and music with immediacy became a safety net, Dua Lipa’s second album provided SO MUCH joy, elevation and pure packed pop giddiness.

Future Nostalgia was my year’s finest record because it never stopped giving. It is one of the smartest, most thrilling pop albums in a long time, made with care of its influences, love of its sounds, charming in its delivery and brandishing delight at the tapestry of classic music that acts as its touchstones – all of the greatest hits of disco, funk, R&B, soul, house and electro-pop in one effortlessly cool, but supremely detailed package.

It rarely feels touched by pop music market-testing or machinations. It’s never cynical in its tone or calculated beyond belief. It’s calculated only in its follow through with complete love for the genres it engages. Even the accompanying club remixed version put together by the Blessed Madonna puts a sparkling emphasis on this durable source material.

Dua Lipa’s pointillistic vocals packs so many supreme compact hooks into the songs’ structures that even the adlibs, refrains and backing vocals should be taught as an exemplar of the power of modern pop songcraft.

If you want to get access to the best of 2020 Playlists, including today’s top albums of the year, support Nialler9 on Patreon where we are currently running a 12 Playlists Of Christmas feature for members.