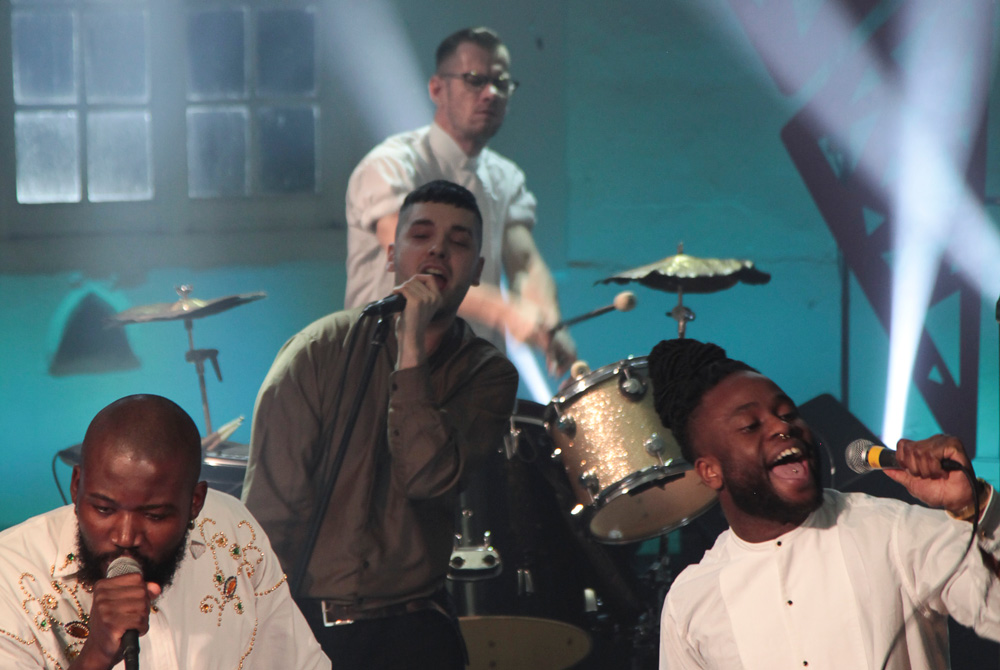 Saturday in Dingle during Other Voices is hard to resist. The town is taken by a sky that alternates between spurting out rain and dry spells, an uneven clime that makes the many idiosyncratic establishments of Dingle a likely draw from the flannel-shirt-selling Curran’s Pub to An Cúl Ghairdín where a crepe is easily devoured to Foxy John’s where, this weekend, not only can you buy a kettle, rent a bike and have a great pint of Guinness but you could also find Jim Carroll grilling some guests under the Banter banner in the back room like RTE2 boss Bill Malone, mural artist Joe Caslin and Kerry All-Ireland winner and fashionable man Paul Galvin.

On the Music Trail

Pop in at the right time and you might have caught a rare set from special guest SOAK too. The appeal of music elsewhere brings us from the pub to a brewery, specifically, the home of local beer Crean’s where the offering is simple. One pilsner and two bands. HAWK, a band lead by Julie Hawk’s squeaky voice put in a fine display of guitar indie in the brewing room, followed by a one-man show from Jape, who plays upbeat electronic-leaning songs from his forthcoming album This Chemical Sea on his todd with bass slung around his neck and a sampler and laptop by his side. 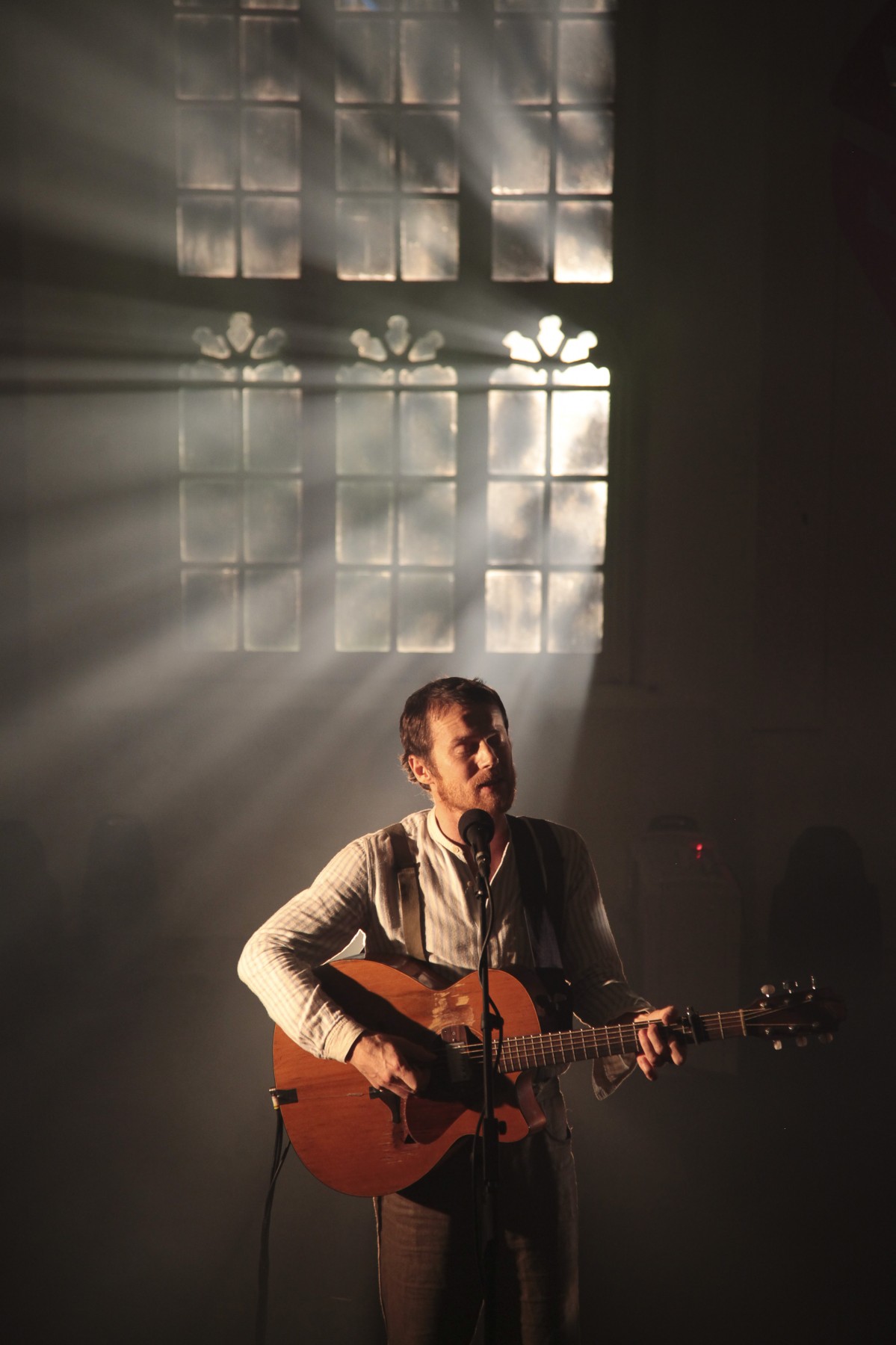 Watching Damien Rice appear before your very eyes to play his songs has a sense of the unreal about it. But it was definitely him up there on the stage in St. James Church for the TV broadcast. That sense of disbelief comes from the eight year wait for a new album with only a handful of TV appearances and a couple of gigs. But that’s the Celbridge man up there. He played the first Other Voices back in 2003 and the same battered and scratched acoustic guitar accompanies him once again singing his old favourite ‘The Professor’ and stretching out a high note to an impressive length of diva standard.

Rice’s new album My Favourite Faded Fantasy might feature production from Rick Rubin, string sections and orchestral passages but there’s no notions of that here. Just Rice, now an evolved singer-songwriter and his old guitar playing ‘The Greatest Bastard’, ‘It Takes A Lot To Make A Man’ from his new album and extended introductory rambles between the songs.

It’s still good to hear ‘Delicate’ sung by Rice especially when it hits that “why d’you sing hallelujah?” crescendo but the big highlight was the set closer ‘Trusty & True’ described by Rice as “a bonfire for throwing things into.” He’s joined by the local Dingle community choir (we spot local record shop owner and legend Mazz O’Flaherty among them) for a rousing eight minutes that casts off the shackles of weariness.

The Scottish rappers Young Fathers provide the big intensity in the church on Saturday; a huge drum, surrounded by beaten cymbals and pounded with brute force signal a change of mood. When Alloysious Massaquoi, Kayus Bankole and ‘G’ Hastings step up, they don’t let up for set of sonic theatrics with a punk ethos.

The trio take turns in the focus; slipping in and out of mic focus, bending their bodies around each other, wrapping their voices in harmony around a bare synth line and a drum beat. The songs from Dead, their recent Mercury Prize winning album grow anthemic the more you hear them, from the lo-fi kick of ‘Get Up’ to the alt-rap of ‘Low’ to the scream in the dark of ‘War’.

“Whooooosh,” they sing throughout as if they understand what they’re doing is evolved past what most people are used to experiencing in a live gig. The cathartic set is drawn to a bass-rumbling close with ‘I Heard’ and its refrain of “inside I’m feeling dirty” ringing in our ears as the band exit the church straight through the main door. 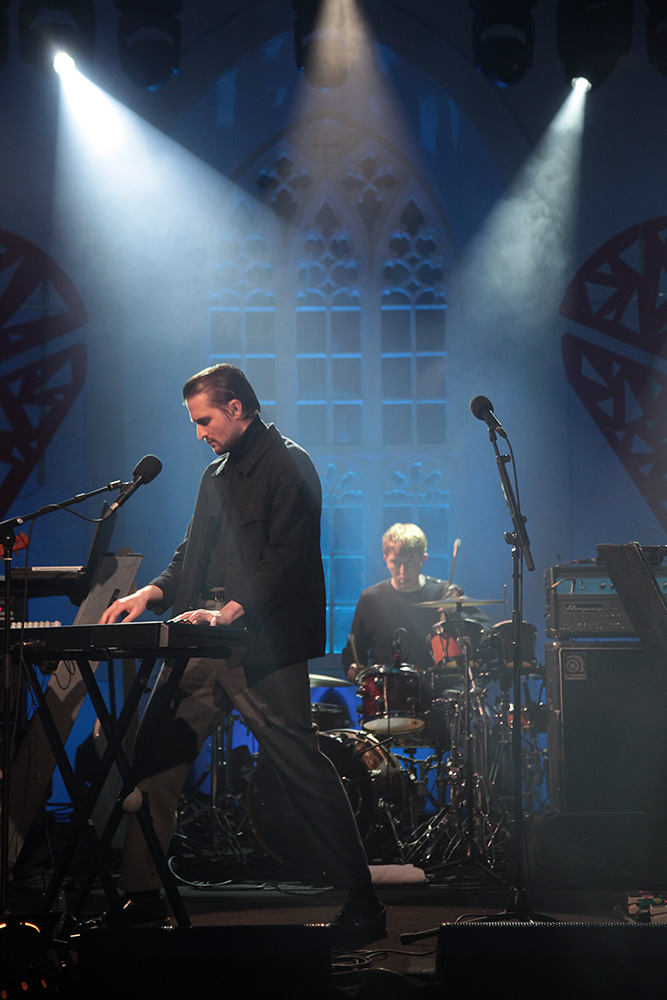 It’s left to Wild Beasts to pick up the pieces. The English band visited Other Voices in 2011 and since, their latest album Present Tense has evolved their songwriting into a new plane. When you watch a band like Wild Beasts play live, they show up the lack of musicianship and skill in many other bands in their intricate level of detail and consideration.

It’s alchemic. They have the frontman Hayden Thorpe, dressed out of every possible modern fashion with a delicate falsetto who leans into his keyboard and waltzes with his bass guitar and an invisible ghost. They have the gravelled lower tone of Tom Fleming anchoring Thorpe’s flightiest octaves. And in drummer, Chris Talbot, they have a drummer who creates unique patterns all his own and is worth watching for the entire set, which is drawn entirely from fourth album Present Tense.

Later on, the unreal continues in Benner’s Hotel across the road as Damien Rice re-appears to corral a post-gig crowd singing ‘The Auld Triangle’ to join him to raise their voices alongside him, well into the early morning.