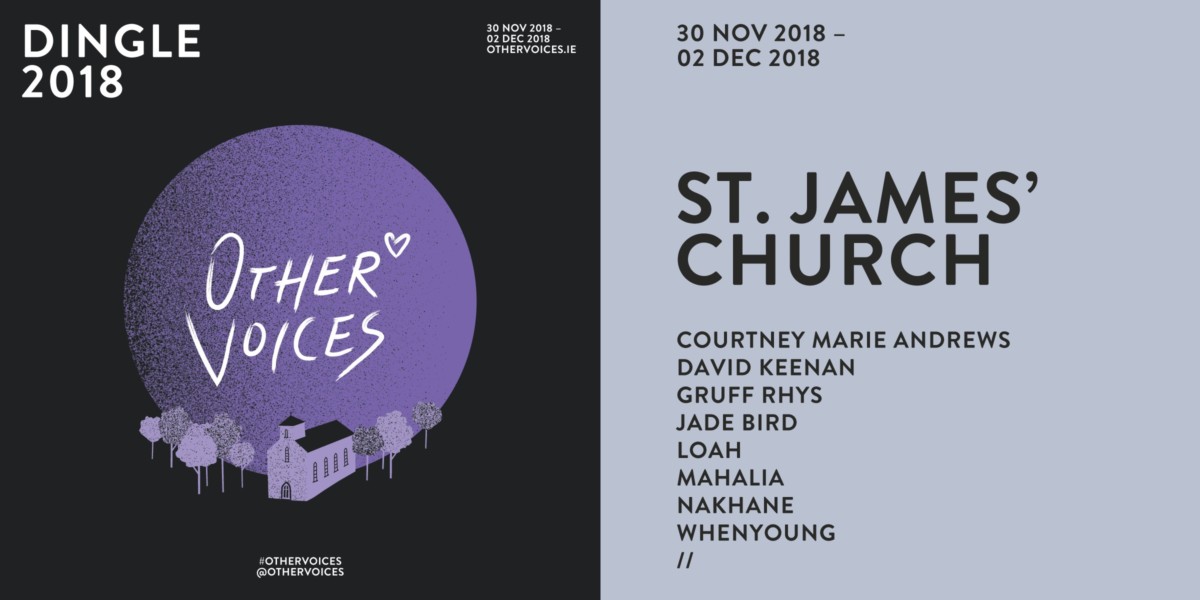 Other Voices has announced its main acts for St. James Church in Dingle this year and 26 other music trail acts after last week’s announce.
Announced for Kerry as the main TV acts are:

They’ve also added 26 new additions to the Hennessy Music Trail at Other Voices including yours truly for a DJ set.

The Music Trail West returns as part of Other Voices Dingle 2018 on Sunday December 1st. Attendees will be treated to a day of musical discovery with some of the best up and coming Irish acts performing in venues around the Dingle Peninsula. It already sold out since it was announced over the weekend.

Still to come, news on Banter, After Dark, Waxing Lyrical and more. Registration for Other Voices Dingle 2018 is now open at Eventbrite.ie at €30 + booking fee. All attendees who register in advance will have their names entered into draws to win tickets to St. James’ Church, signed Other Voices posters, tickets for Ireland’s Edge, Other Voices merchandise and much more. Gigs in An Diseart, An Chonair, Nellie Fred’s and McCarthy’s will only be accessible to those who have registered and collected their wristband in the Other Voices Hub on Dingle Main Street.

13 gigs and clubs to see in Cork this weekend

Other Voices announce Fontaines D.C. will play live from Kilmainham Gaol next week