There’s been some fantastic release already this year – for example the Busdriver album that Mike posted last week is mindbendingly brilliant (apply more appropriate superlatives here), but there are plenty of other releases worthy of your attention too. As the blogosphere wets its pants at every morsel of media and information surrounding Arcade Fire’s live shows and new album (I’m not saying I’m not interested in Neon Bible, I just don’t want to experience it in dribs and drabs) , there are a couple of other artists who should be demanding your attention I’d like to mention. 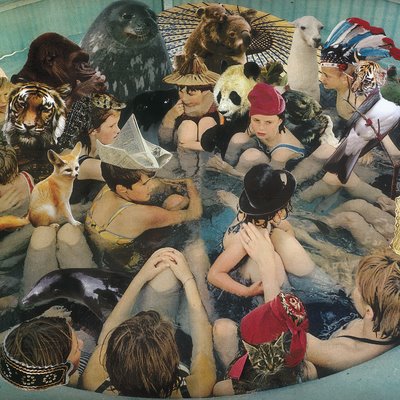 OK, we’re already off to a good start with the album cover. Panda Bear aka Noah Lennox aka member of Animal Collective is about to release his third album. Not having heard the previous albums, this is apparently a bit of a departure for him. What I do know is that the album has a joyous celebratory feel-good factor – all Beach Boys harmonies, swooshing electronics, ambient effects, cheerful percussion and plenty of reverb. It sounds glorious.

The album’s standout, the near 13 minute “Bros” starts with an owl hoot and takes off into a jangly rhythm with beautiful echoing vocal lines. About halfway, the jangly guitar is replaced by a distorted ethereal guitar and Lennox jams out the song to it’s never dull length. It all sounds so naive and wide-eyed but every sound is calculated to precision. 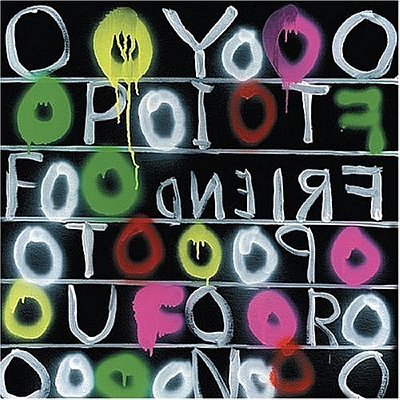 I never got the appeal of Deerhoof before, it never seemed to quite get off the ground to capture my attention, but the new album Friend Opportunity has got me. It sounds like some day-glo rock ‘n’ roll soundtrack to a fantastical journey. I love the juxtaposition between the sometimes raucous instrumentation and the sweet high-pitched voice of singer Satomi Matsuzaki with her bewildering collection of lyrics (“Paranoia boogie woogie / come to ooze” or “If I were a man and you a dog / I’d throw a stick for you”).

There’s a jovial experimental edge to their music which I think this time around makes much more sense to me. It’s not necessarily that they are pushing the boundaries of guitar music, more that they are poking holes in the wall and looking elsewhere for something a bit more interesting. But that’s Deerhoof and as off-kilter they are and have been in the past, the weirdness factor is still there, it’s just channeled into something a lot more impressive this time around.

Deerhoof – The Perfect Me