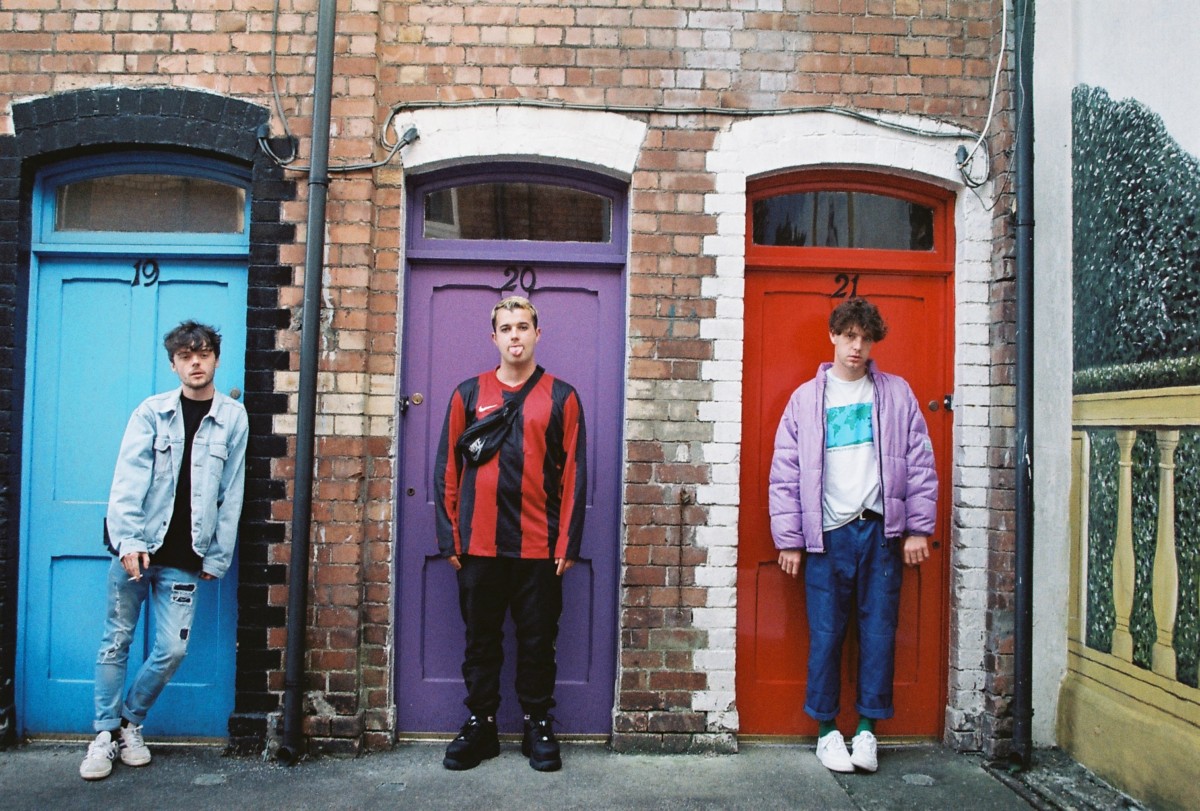 Video-game supernova hailing band Happyalone. first caught our attention in 2017 with their debut single ‘Colours‘ which rose to the top of the Viral Top 50 Ireland playlist (since ranking up over 200K streams). The band have affirmed themselves as a promising new acquisition to the Irish music scene and every release since has only strengthened this assertion.

The three-piece bring their 2018 to a close with the release of the final instalment of Season IV (an inimitable collection of audio and video releases) with new single ‘Go Slow’, out officially on December 7th. It follows previous singles from the series ‘WDYW4M’ ‘Haunted‘ and ‘Ur Eyes‘.

‘Go Slow’ develops concepts that the band touched on in previous releases. The track is tactile, saturated in textured layers of synths and vocals that pose questions on “life, death and all the everything in between”.

It sonically captures feelings of disconnection and anxiety in gravel-like white noise beats and sanguine keyboard lines underneath glitchy, intricate high-hat rhythms. The lyrics are dense and poignant and are consistently in-keeping with the video-game orientated origin of the band “go slow, because I don’t know, how to feel, cause I’m not real”.