Junior Brother well and truly staked his claim into the Irish music scene last year, coming to attention through a slew of excellent single releases and some well deserved praise from the likes of Blindboy.

The Kerry native’s signature approach to folk music is singular. There’s no mistaking Ronan Kealy’s off-key, off-kilter vocal delivery and Munster lyrical vernacular. He released his debut LP in May of this year, entitled Pull The Right Rope on Galway’s Strange Brew Records.

Today, we’re premiering a live performance video of one of the singles from that LP. ‘Full Of Wine’ is an album standout and it sounds even better in this excellent Bob Gallagher-directed video hot on the heels of last week’s Girl Band video.

Gallagher remains among the nation’s finest filmmakers, here circling Ronan as he performs in the stately surrounds. Giving the video a sense of motion (literally) and disorientation. It’s these creative ideas that mark Gallagher’s music videos out.

Here’s a look at the set up they used to record the video. 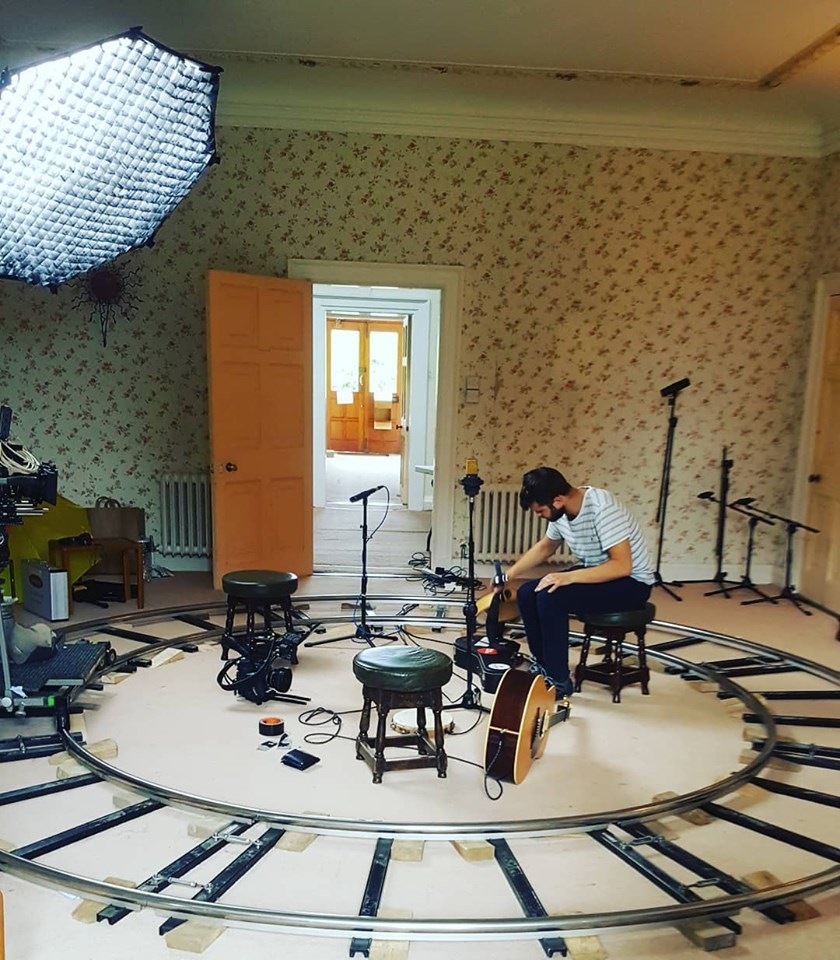