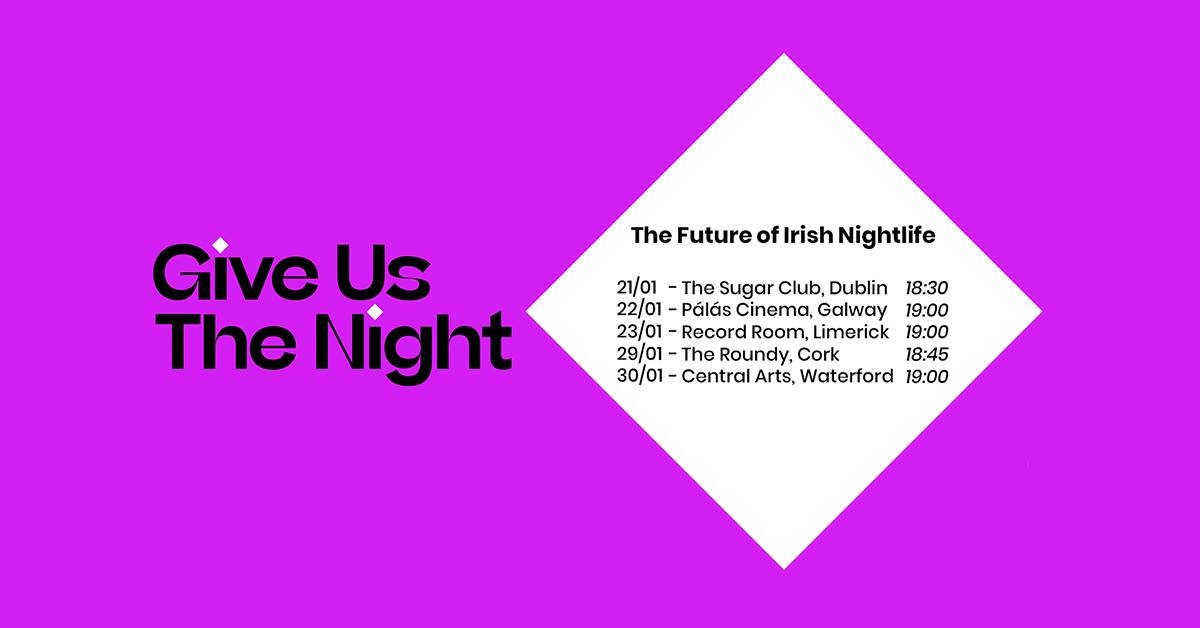 If you do or have ever spent your Friday or Saturday nights out in the cities around our nation, you’ve probably found yourself frustrated with what can seem like overly zealous licensing laws concerning alcohol sales and nightclub closing times.

Well, you’re not the only one. Give Us The Night are a volunteer group comprised of individuals whose jobs either relate to or take place within the nightlife industry.

Although these laws can be frustrating for the consumers, for those who make their living around night events, they represent a very real challenge for professionals and artists trying to get by.

The group spent much of last year collating data on Ireland’s licensing laws in comparison to more progressive cities around Europe, think London and Amsterdam. Here’s what Robbie Kitt, a DJ and member of the group, had to say on the issue.

“Over the last year, we’ve thoroughly analysed our licensing system and found it to be utterly archaic and out of touch with common practices that are seen in other countries around Europe. We have engaged with the foremost international experts in the field including Amsterdam’s first Night Mayor, Mirik Milan, as well as London and Manchester Night Czars Amy Lamé and Sacha Lord. Through a series of meetings organised by DublinTown, we have also engaged with business owners from around the country, members of An Garda Síochána, representatives from transport agencies and fire safety officers. Our mandate, and the suggestions therein, is a succinct compilation of this research”

The group have published a mandate based on much of the research mentioned above. You can find and read it here.

Give Us The Night will be hosting public meetings on the mandate and their plan going forward in various cities around the country.

The Dublin, Galway, Limerick, Cork and Waterford meetings will take place on the 21st, 22nd, 23rd, 29th and 30th respectively.