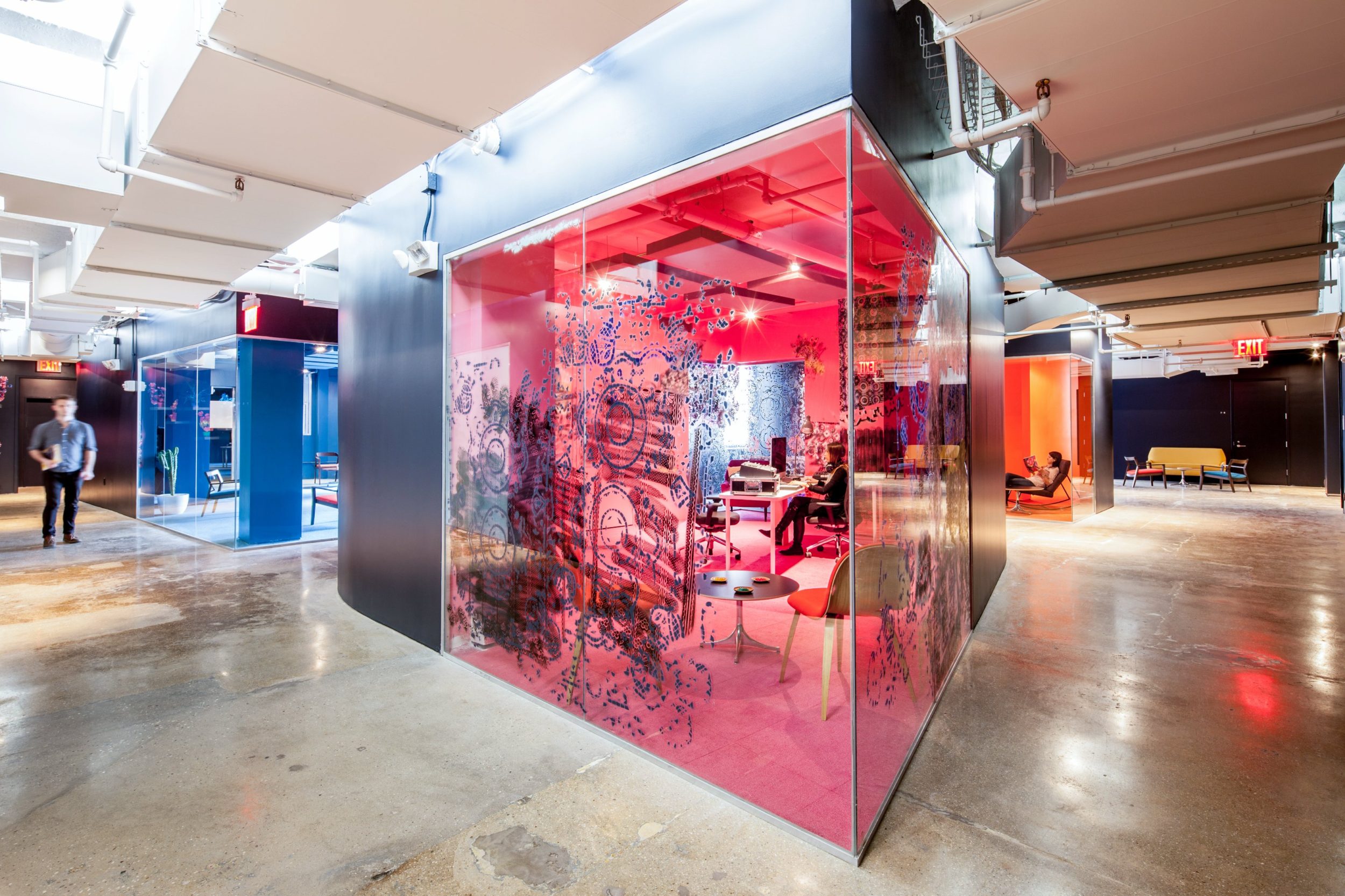 Two blocks from the start of the High Line park in Chelsea, New York’s affluent gay neighbourhood on West 18th Street, the Red Bull Music Academy’s New York edition occupies four of the eight floors of the Monahan Express Company Building. Over the entire month of May, the address serves as the headquarters of an ambitious operation that has been happening in various cities around the world since 1998.

When RBMA moves out at the end of this month, it leaves behind it nine state-of-the-art recording studios purpose-built for the ephemeral occasion. There’s a massive SSL J-series mixing desk in the basement control room. The RBMA Radio studio sits beside the canteen where the Academy participants eat their meals. There’s a 50-seat auditorium, various lounge areas, and downstairs, there’s even an art installation which samples live birds in a cage which is played to entrants of the building when they open the glass doorway. Every day, Red Bull produce an impressive newspaper called The Daily Note as well as a wealth of photography and video material for their website. While it’s physically and architecturally impressive, most of it won’t be left behind come the end of May. 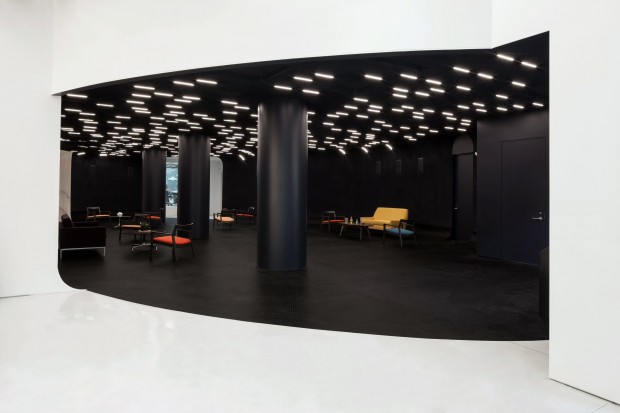 So what happens at the actual Academy? Over the course of May, there are two terms of participants; 62 people (31 per term) chosen from Red Bull Music Academy’s notorious application form. All past and present participants allude to the application’s 16-page 50-odd question length as somewhat of a challenge. 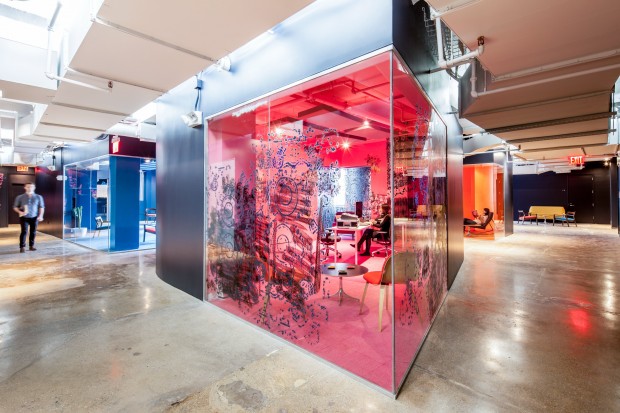 Perhaps it’s because acceptance is somewhat akin to getting a scholarship into the best electronic music summer camp in the world or perhaps it’s questions like being asked to draw a map to represent “This is where I am in relation to the musical universe” or hypotheticals like “Your in-laws are coming to dinner. What music are you going to put on?” or “Orson Welles returns from the other side, and it’s “War of the Worlds” all over again. Which super powers do you apply to save the East Coast?”. Or perhaps it’s because most of the instrumentalists, DJs, producers or vocalists are more used to solitary exploration of musical ideas rather than using critical faculties to assess themselves and their music. 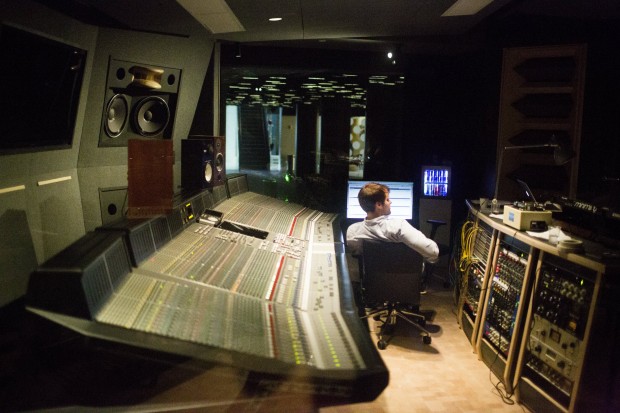 One of the main goals at RBMA is to address this solo-flyer modern musicmaking conundrum. “It’s really about meeting people and being in an environment where everyone can share knowledge,” says The Academy’s Davide Bortot.

Bortot says they look for “vision and a certain open-mindness” from the participants as well as an obvious quality to their music. “We try to get an idea of the personalities we’re dealing with as there are great musicians who make great music but they’re probably not right for this.”

“Technology has made it easier to make music of course, but it’s harder to stand out so we look for people who have unique approach and a clear vision of where they want to go.” – Bortot

The collaborative aspect of RBMA is key. Disco-influenced house duo Tiger & Woods met at the Academy while one was a participant and one an Academy team member. Africa Hitech was born at the Academy when Mark Pritchard met Steve Spacek at the 2007 edition. Flying Lotus participated in the Academy in London in 2010 where he made the track ‘Tea Leaf Dancers’ which appeared on his Warp released Los Angeles breakthrough, with another participant, Andreya Triana. Red Bull doesn’t claim any copyright on any of the music made here.

It’s those kinds of collaborations that Red Bull Music Academy tries to foster. By having 31 participants per term and only nine studios to utilise, participants have to at least double up; leading to natural connections and collaborations. A lot of them are solo by definition. This year’s successful applicants included some relatively known names like Koreless, Throwing Snow, :PAPERCUTZ, Rudi Zygadlo, Distal, Evian Christ and T. Williams among the lesser known producers, DJs, musicians and vocalists.

Ireland is represented by two participants. Emma Bedford aka Quietdust is a guitarist and singer while Orlando Fitzgerald aka Orquesta has previously demonstrated a conscious effort in his performance and productions, just the kind of vision the Academy are looking for.

“It’s so easy to get lost in once specific thing with music technology. You can be a beatmaker and create a name for yourself in that world without having ever worked with anyone else and just on your laptop. It’s interesting to watch how a collaborative studio environment changes those peoples’ perspective. It can take them two or three days to even figure out how to relate their music to each other but when they do the magic moments happen.” – Bortot.

“It took me a while to shrug off the first day of school thing and get stuck in,” says Glasgow-born London-based producer Rudi Zygadlo, who has released on the Planet Mu label and participated in the first term in New York. “30 producers milling around in a building for two weeks. It’s a good environment for creativity, ” he says.

“I collaborated with an Italian guy called Jolly Mare who’s quite good at mixing so I loved what he did to our track after I was finished with it,” Rudi elaborates. “I’ve never been good at that stuff. It’s also got Thundercat on bass on the track so that’s pretty cool.”

A unique aspect of the studio sessions is the presence of a number of senior producers, studio helpers if you like. More than anonymous technicians, Red Bull drafted in former participant Flying Lotus, his frequent collaborator Thundercat and some guy called Kieran Hebden aka Four Tet. These producers sit in on the studios for two weeks dispensing advice, offering suggestions, demonstrating their live setup and in the case of Thundercat, laying down bass for tracks made at the Academy.

Four Tet was also present at the daily lectures asking questions like any other participant. The lectures are the only obligatory things the the participants must go to but guaranteeing attendance isn’t an issue when you’ve got names like Brian Eno, Giorgio Moroder, Stephen O’Malley of sunn o))), Van Dyke Parks, Todd Edwards, Julia Holter, Bok Bok and Bernie Worrell sharing their knowledge with a small audience in the room. The fascinating insightful videos are then posted on Vimeo for all to watch and learn from.