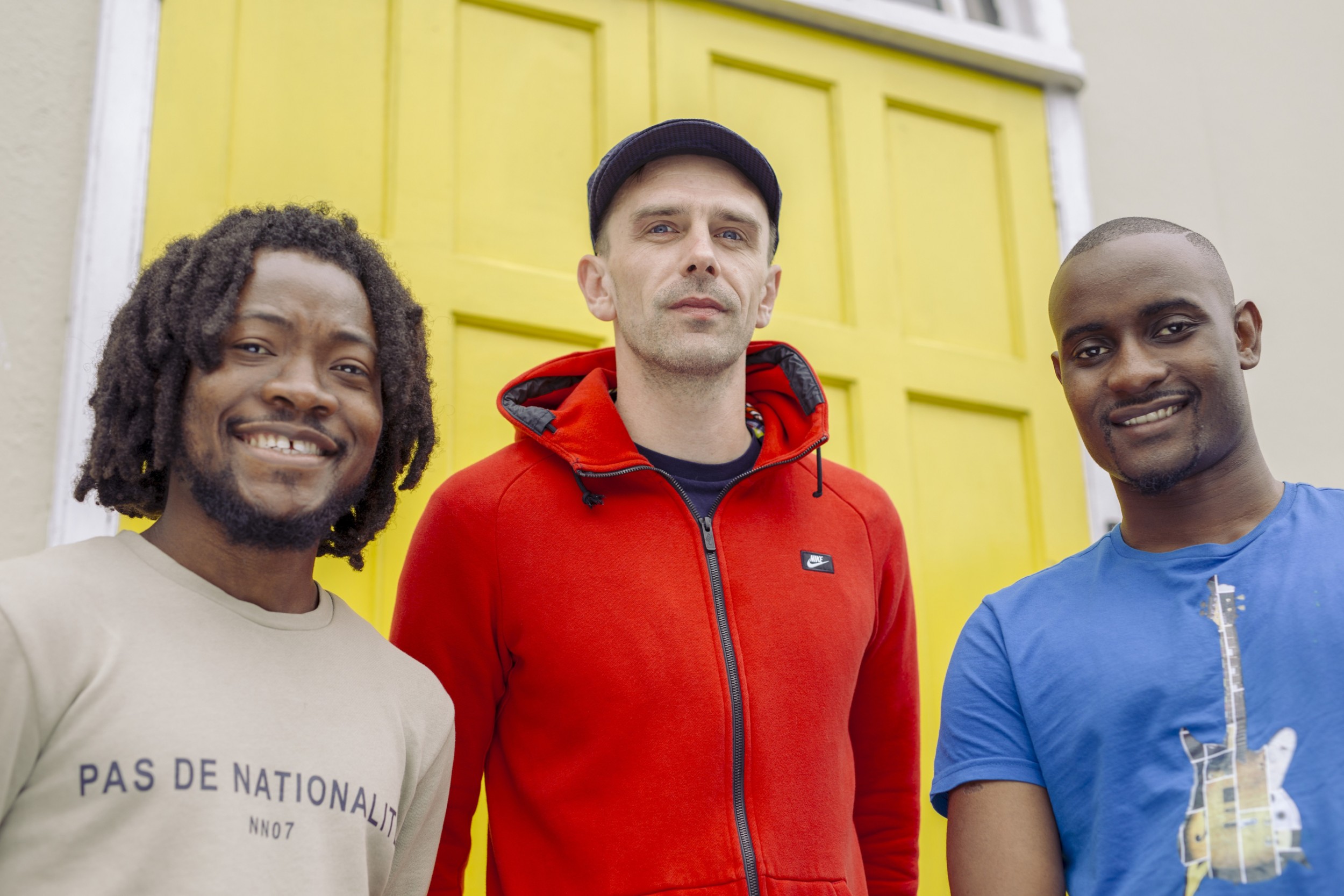 Rusangano Family will follow up their Choice Music Prize winning second album Let The Dead Bury The Dead with their first new song ‘I Know You Know’.

The Limerick and Clare trio release the new track on June 16th but are serving the song to the public ahead of their Forbidden Fruit appearance (stage times here ).

“The track is about how we all face various challenges in life, and our inability to speak about these issues. In one sense, it’s about opening up and engaging in conversation”.

Artwork for the track is by James Kirwan. A video from Bob Gallagher (Bob walked from Dublin to Limerick for the video) is forthcoming and there’s a Video Release Party in D-Light Studios, Dublin on 14th June with spoken word performances from MuRli and God Knows, a DJ set from mynameisjOhn and a talk by Blindboy Boatclub on mental health in Ireland.

There is no cover charge for this event, but donations on the night are greatly appreciated. To apply for tickets please email [email protected] (numbers are limited).

“We wanted to do something special around the release, and knew that a strong visual aspect was important. James Kirwan kindly got on board and supplied some artwork. We reached out to our friend Bob Gallagher and asked if he would work with us on a video. Bob had some exciting ideas and decided to walk from Dublin to Limerick to chat to us about them.

Fresh from a rigorous workshop with filmmaker Werner Herzog in Cuba director Bob Gallagher undertook a journey on foot from Dublin to Limerick, conducting interviews and seeking participants:

“I wanted to perform an open- heart surgery of the land. Werner kept re-iterating the phrase ‘the world somehow reveals itself to those who travel long distances on foot” so I wanted to test that for myself. The core of the project is about engaging in conversation, and addressing things that are uncomfortable to say, but shouldn’t be. Truth should be freeing, not bound by fear or stigma. What started out with the goal of being more open about mental health on a personal level has expanded to include a lot of people who were willing to join in that conversation, which has been very inspiring.
It made sense that we would create a video and put on event that brings people together to think, talk and open up. Our ambition with this is that the conversation has a life beyond the video and the event. It should be a starting point and not a conclusion”.