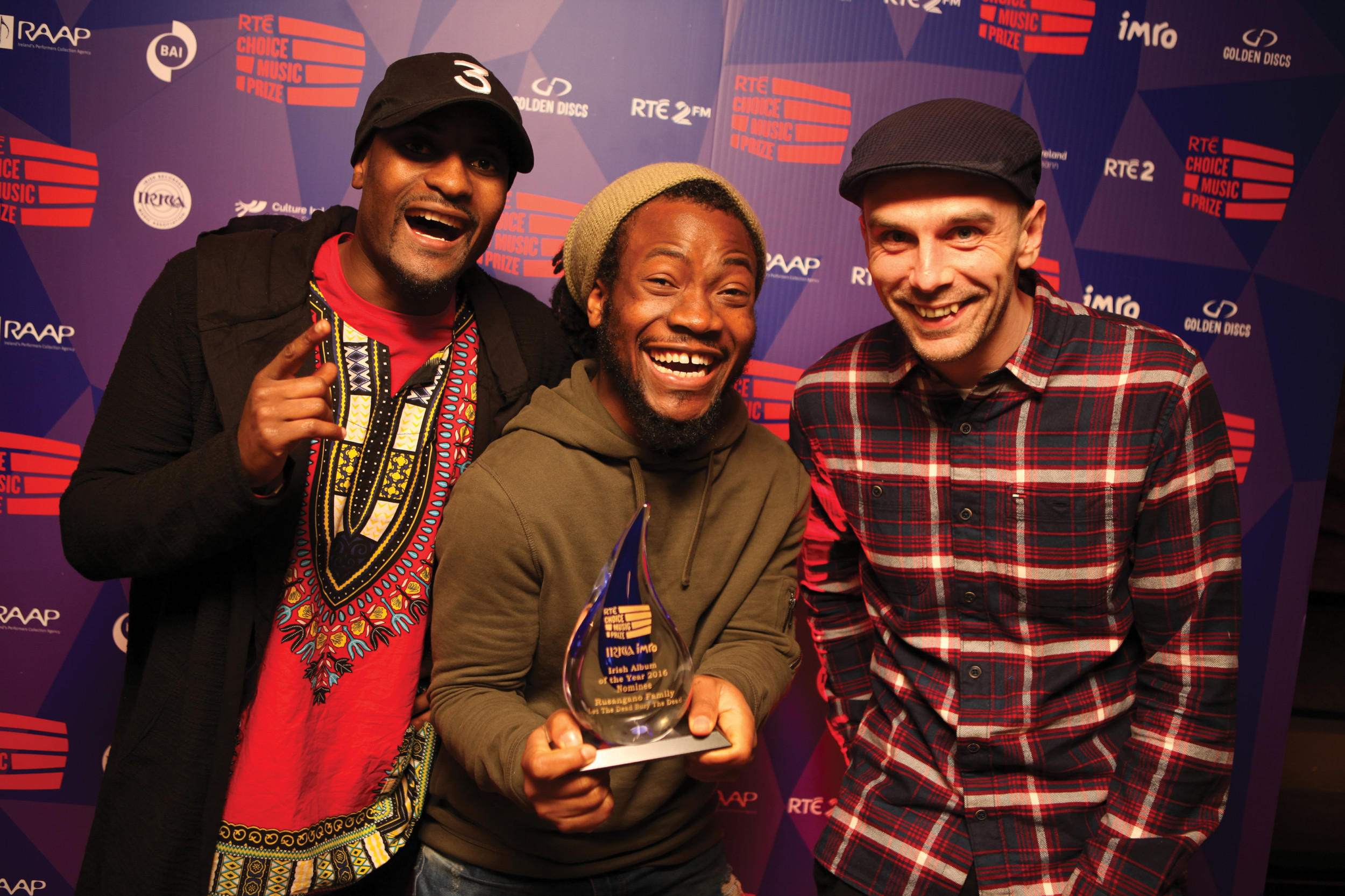 Rusangano Family were crowned the deserved winners of the Choice Music Prize for Irish Album of the year last night, receiving a €10,000 cheque and an award from RAAP.

Godknows, MurLi and MynameisJohn, the creators of the Nialler9 Irish album of 2016, Let The Dead Bury The Dead, were chosen by the judges (below) over the 9 other albums in the shortlist. 9 of the nominated acts played live.

In their excellent speech, MynameisJohn said “we can’t bring ourselves to even say thank you because when you’re an independent group in Ireland, you have to say thank you to absolutely everyone,” while MuRli said “I guarantee you, if it’s up to me and my brothers here, Irish music will never be the same again.”

The winning act receives €10,000, a prize fund which has been provided by The Irish Music Rights Organisation (IMRO) and The Irish Recorded Music Association (IRMA). All of the shortlisted acts received a specially commissioned award.

Congrats to @RusanganoFamily the winners of the #RTEChoicemusic for 2016. A snap I got when their name was announced. @choiceprize pic.twitter.com/blR7AoHjYn

Also on the night, Picture This took home the Choice Music Prize Irish Song of the Year in a public vote.

A Spotify playlist of all albums

Judges for this year