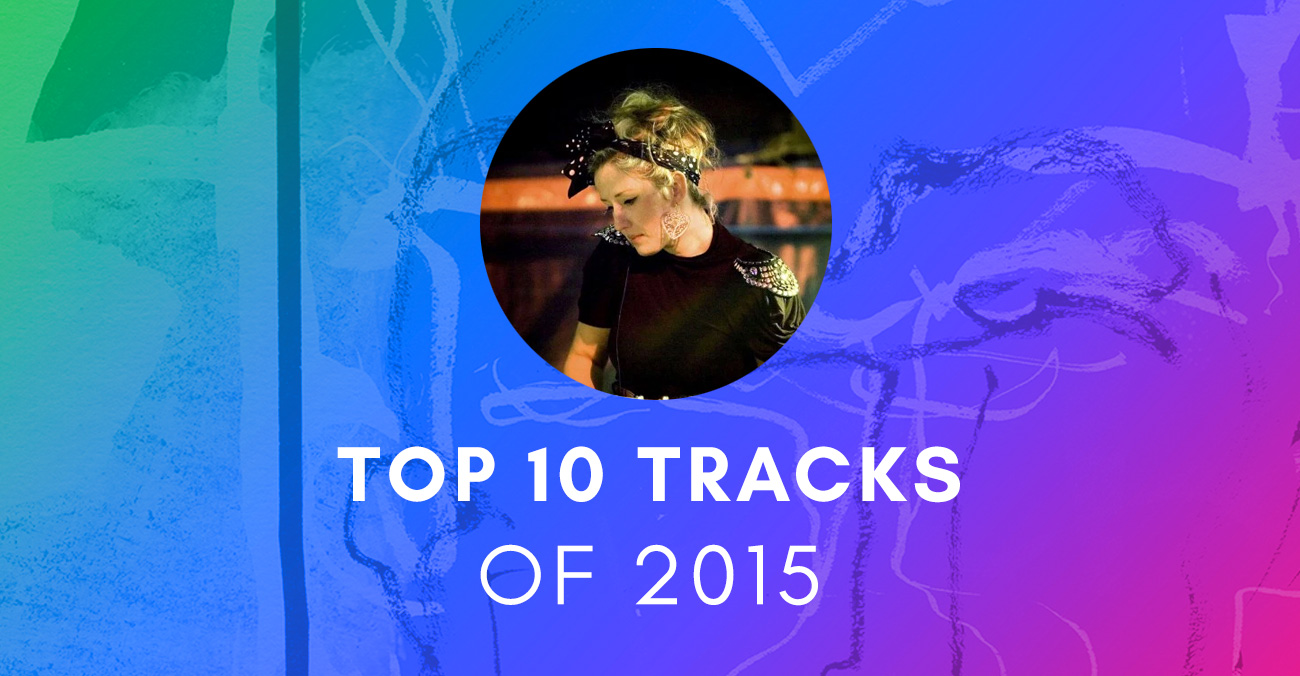 Sally Cinnamon is brilliant DJ and a top shelf buzzer based in Dublin. Catch her on Sunday at the Odessa Christmas party. She co-hosts a show on Radiomade from 6pm-8pm Wednesday. Here are top 10 tracks of the year as part of the Best of 2015 series.

I came across this guy on Soundcloud two months ago and it’s been on heavy rotation ever since, it completely stopped me in my tracks. The amount of instruments he plays on the album is quite impressive too. Trumpet, bass, guitar and flute as well as his beautiful vocals, he’s definitely one to watch. There’s so much Curtis Mayfield-esque magic coming from it that I wouldn’t be surprised that like me, ‘Curtis’ was in his top ten life albums. I wrote to him just days after he released it to say how much I dig his buzz and he was incredibly gracious and seems like a real sound head. I’m excited about seeing how he might approach a live show.

This shoegazey melodic dreamboat of a tune came to me from a pal Neil who’s always known exactly what I like. It’s from a little known Texas based band who are obsessed with Thai Funk and Psychedelic rock from Asia mostly. Recorded in a barn in the middle of the country side this album developed it’s sound from the tapes they listened to in the car on their way to recording each day. They said “This is the first song with lyrics we’ve ever written. We never really thought of ourselves as having a ‘singer’ but we knew that we wanted a voice for Khruangbin”. I’m really glad they’ve found their voice. I know I will love this track forever. The album is a total trip, a smoker’s delight.

I’m incredibly proud of my pal Sorcha McGrath and got shivers when I heard this first. We all panic about love, not many of us can make it sound this cool though. McGrath says of her aim with her solo project Wounded Healer “I see so much polarising in the world around us, with such a concentration on making a villain of the ‘other’, so I want to embrace both sides to begin the process of understanding that we are all these things. These songs are about noticing these patterns and making changes from within.”

4. Villagers – Everything I Am

This beautiful album cast the soundtrack to some lovely memories this year for me. That fantastic Electric Picnic gig for one. There’s absolutely nothing I don’t love about Conor O’Brien.

5. Monika – Secret In The Dark

On a trip to New York in 2012, Monika, a Greek native, made a pilgrimage to Daptone Records’ Brooklyn headquarters, to see where some of her favourite artists recorded – from Sharon Jones to Amy Winehouse and Mark Ronson. Almost on a whim, Monika knocked on the door, and Homer Steinweiss (founding member of the Dap-Kings & Menahan Street Band) answered. Soon she was playing demos she had on her phone for Homer and Thomas Brenneck (MSB, Budos Band, etc). The connection was immediate, and the next stage of Monika’s career began. This is hooky pop-funk gem is very very satisfying.

I know very little about this Polish duo who make deliciously spacey Balearic tunes with a hint of steamy 80s nostalgia, I do know though that I like it a lot.

I’ve been a fan of this guy for a while but I only had the an EP to go by, I was very much looking forward to his first album. It didn’t disappoint but didn’t pack the same punch the EP had for me. ‘Double Talk’ is a total trip, I absolutely love it.

‘Made up of a sprawling network of shanty-towns and night shelters, day-to-day life in the city is far from easy, but the band don’t want sympathy. Tired of pre-conceptions around African music, Mbongwana Star (‘Mbongwana’ means ‘change’) are creating their own identity, fusing traditional Congolese rhythms with post punk and electronics inspired by life in the townships around them, “making magic out garbage” says producer and band member Doctor L (who produced Tony Allen’s ‘Black Voices’ album). The result is revolutionary. This isn’t an African band per se. It’s a trans-global barrier-busting sound machine.’

Lamar’s Pimp To A Butterfly has been nominated for 11 Grammy awards this year was the first album of his that I paid attention to I gotta admit. It’s an incredibly powerful collect of conscious and observant numbers that highlight the social injustice, racial tension, hypocrisy and of course Love. Lamar himself describes the album as “Honest, fearful and unapologetic.” King Kunta is my favourite track from the album. I defy you to stand still when this track is playing, it’s completely infectious.

I had so much fun dancing to this album this year but this track stood out in particular for major dance vibes. I must have played it at nearly every gig I did since it came out. Delightfully fun tune that refuses to let you sit down and nod along to. It’s a floor filler for sure. Thank you La Priest.