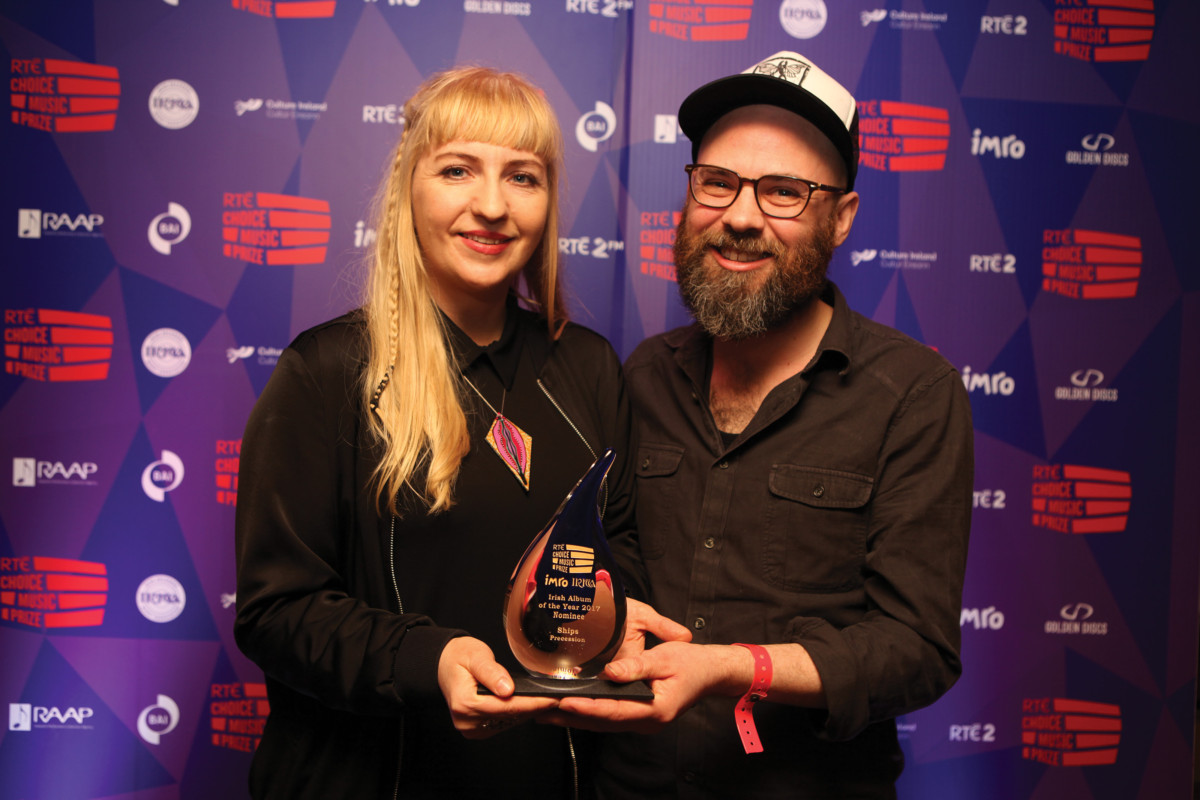 Last night in Vicar Street, the RTÉ Choice Music Prize, the Irish album of the year, was awarded to Ships.

The band, Sorca Mcgrath and Simon Cullen, were awarded the prize for their album Precession, and they were given the €10,000 prize.

While the live event was happening, the judges locked in a room at the Morrison hotel, decided that Precession was the best album in a year over albums from Fionn Regan, New Jackson, Lankum and Talos. James Vincent McMorrow was left once again without the prize in his fourth Choice nomination.

I made my predictions earlier in the week and called Ships “a dark horse contender”. It was my favourite Irish album of last year so it was a pleasure to hear that the judges agreed on this occasion. Ships self-released their album after a Fundit campaign. The album is beautifully-produced, engaging, unique and lyrically considered. Congrats to Sorca and Simon.

Ships received a cheque for €10,000, a prize which has been provided by the Irish Music Rights Organisation (IMRO) and the Irish Recorded Music Association (IRMA) – as well as a specially-commissioned award.

Chasing Abbey also won the RTÉ Choice Music Prize Irish Song of the Year 2017 in a public vote for their song ‘That Good Thing’.

RTÉ2 will broadcast a one-hour TV highlights programme of the RTÉ Choice Music Prize featuring performances from the acts and interviews by Bláthnaid Treacy on Sunday March 18th at 11pm.