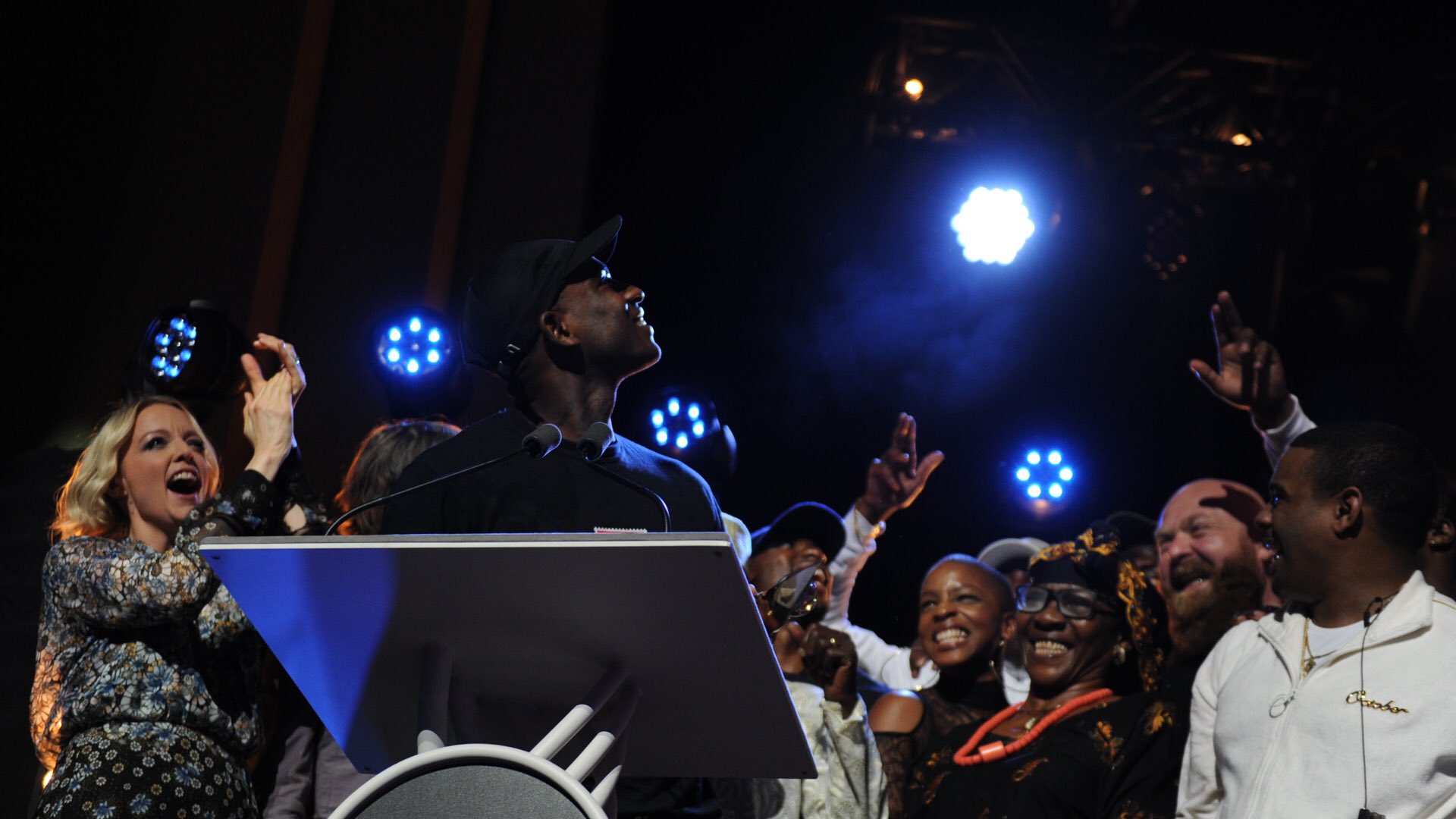 Last night’s announcement of the winner of the Mercury Prize for UK / Ireland album of the year went deservingly to Skepta for his grime rejuvenating album Konnichiwa. Even better, it was released independently on Boy Better Know, the label he started with his brother JME.

As you can see, Skepta was overcome with emotion when it was announced, as his crew celebrated around him. He brought his parents up with him on stage. It was great to see a genuinely shocked, appreciative and humble winner.

His ma had a great time:

Konnichiwa was my album of the week in May.