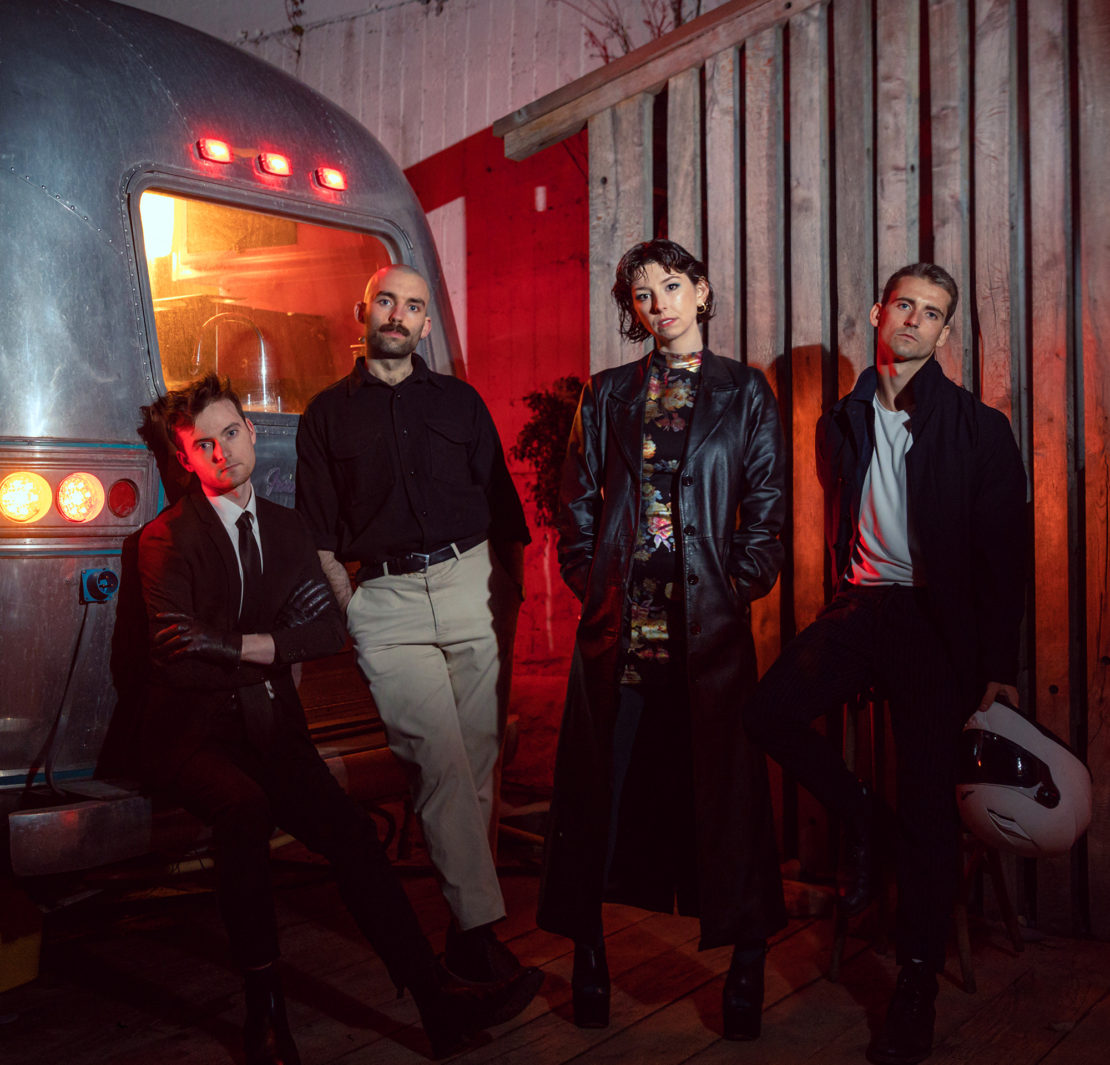 Dublin band Soda Blonde have announced their debut album Small Talk will be released on July 9th via Velveteen Records, with the title song out now.

Soda Blonde’s self-produced album is about “about life in our 20’s,” says frontwoman Faye O’Rourke. “Every part of us is in here, both subliminally and literally. Lyrically, this record is like a collection of my flaws and insecurities. They’re lingering awkwardly by the bar at a crowded social gathering, waiting to integrate with the wider world”.

“With feminism on one shoulder and trans-generational Catholic guilt on the other, it’s hard to find your way as an Irish woman. The truth is, I’ve found that process of deprogramming myself extremely hard, and now I lie somewhere between the past and future.

“Small Talk touches on many things: indulging in the darkness, while also trying to derive some meaning from it; on having no degree; on the way I sabotaged multiple relationships, or let my parents down. It’s about looking for resolution and revolution in sex and politics. It’s about being abused mentally and physically by the people you love the most, and in turn, abusing the people who love you. It’s about my first heartbreak at 14, how it’s still intrinsically a part of me and the shame and embarrassment that it brings. It’s about having something you thought was a sure thing, like your career, ripped out from underneath you. It’s also about the idea of optical virtue over the reality of how we treat those around us”.

You can pre-order the album here.

Tickets will be available from 10am @  https://www.sodablonde.com/

The song is on the Nialler9 New Music Playlist on Spotify.